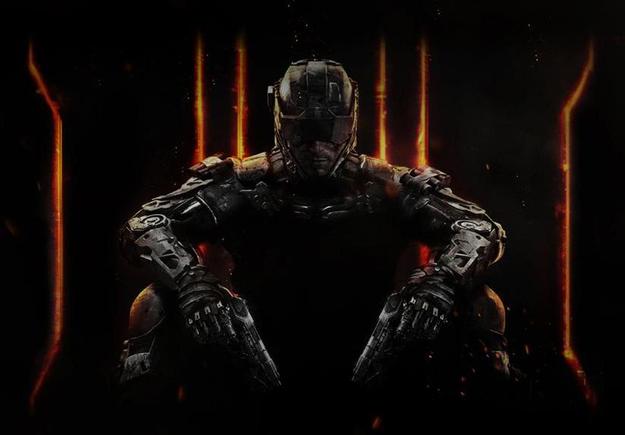 Earlier this week a series of clues was found hidden within Call of Duty: Black Ops II that lead players to SnapChat and Instagram. The information found there soon went viral and even though nothing was confirmed by Activision or Treyarch, it was speculated that a new Black Ops title would be announced in the near future. No one was surprised when a teaser named #backinblack was released, and left little to no doubt that Black Ops 3 was going to be confirmed very soon. It didn't take long, this official Tweet from Activision states what most of us expected:

On their official Call of Duty blog, Activision has the following announcement:

Now, this doesn't give any specifics about the game itself. The world reveal is in a little over 2 weeks, and of course we will know more then, and also though the inevitable teaser trailers and hints they are bound to sneak in through social media in the future. But some people just don't like to wait, and through some digging, some details have been revealed. The information might not be facts of the final product, and need to be taken with a grain of salt. According to Charlie Intel the official description of Call of Duty: Black Ops 3 was found in the source code on the official website:

"Call of Duty®: Black Ops 3 is the first title for next-gen hardware in the critically acclaimed Black Ops series. Developed by Treyarch, the award-winning creator of the two most-played games in Call of Duty® history. Call of Duty: Black Ops 3 deploys players into a dark, twisted future where a new breed of Black Ops soldiers emerges and the lines are blurred between our own humanity and the technology we created to stay ahead, in a world where cutting-edge military robotics define warfare. With three unique game modes: Campaign, Multiplayer, and Zombies, providing fans with the deepest and most ambitious Call of Duty ever."

If you haven't seen it yet, here is #backinblack:


​
So it looks like you are getting Zombies and war in a "dark, twisted" future with robotic enhancements. Sound good?

UPDATE:
A retail poster has emerged revealing that Call of Duty: Black Ops 3 will be available on Friday, November 6th, 2015. It confirms that preordering the game will grant access to the Black Ops 3 beta. A start and end date for the beta has not been confirmed, but once the information goes live more information will be available on callofduty.com/beta. Furthermore, the poster mentions PlayStation 4, Xbox One and PC only, indicating that the franchise is finally leaving old-gen consoles behind. 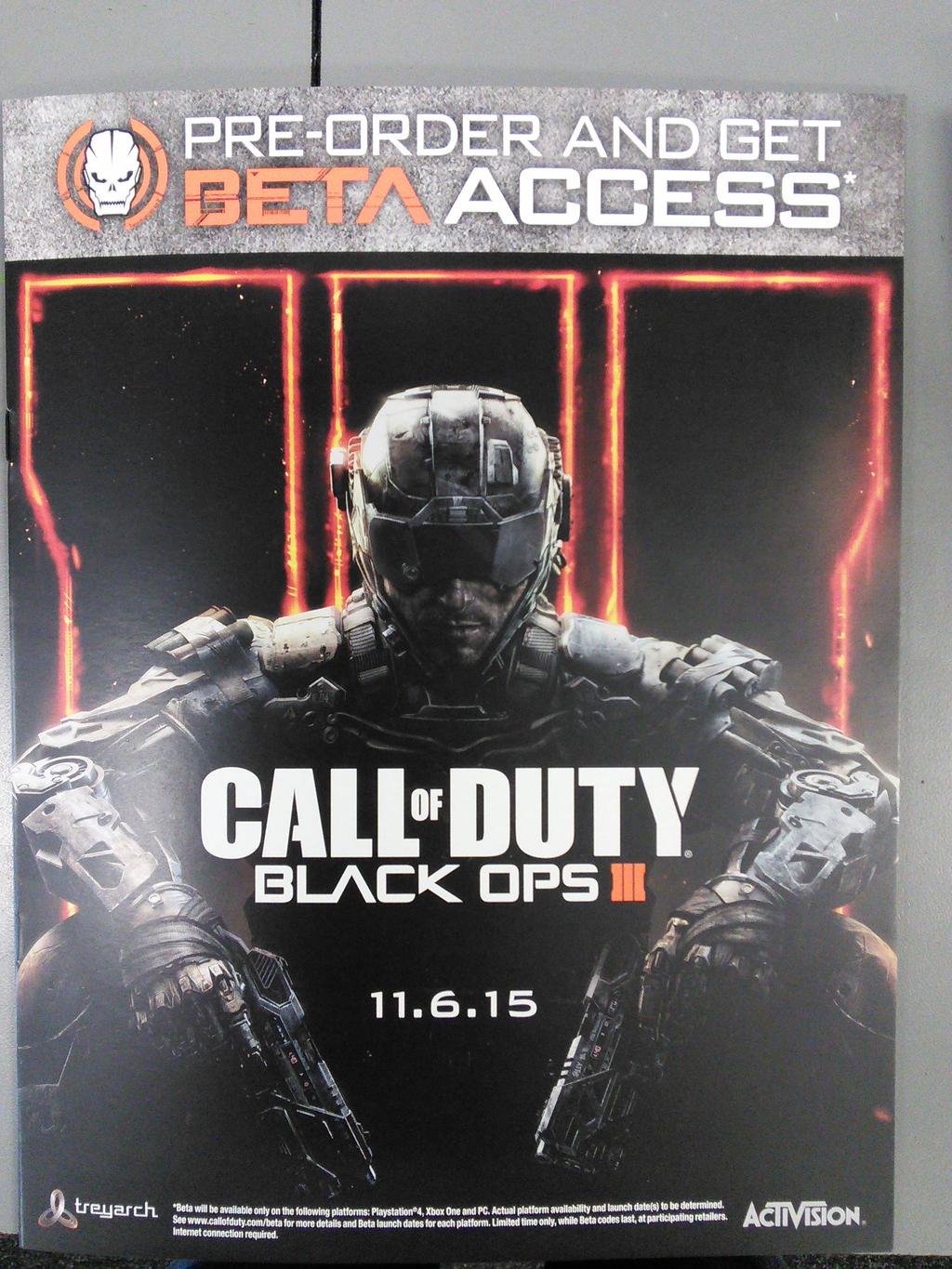