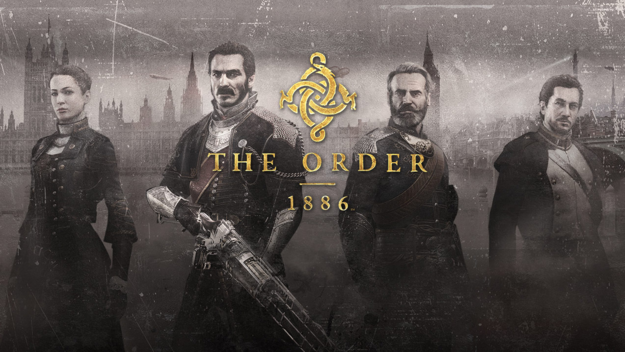 Upcoming The Order: 1886 is a brand new IP made exclusively PlayStation 4 from developer Ready at Dawn in cooperation with Sony's Santa Monica Studios. It is one of the bigger titles on PS4 this year, and after it was announced at E3 in 2013, a lot of players have been waiting for its release. Single player only, this third person action adventure takes you to London in the 18th century, fighting half breed monsters as a part of an old order of knights. The game relies heavily on interactive cutscenes, and the gist of it is that you shoot, explore and solve puzzles on your way to save the world from powerful half breeds while at the same time fighting an uproar of rebels from lower classes of society. As previews and trailers have already shown, it is a game with impressing looks and mechanics, however, recent rumors have been causing some discussion as to whether this game really is all it's hyped up to be.

Rumors of graphical downgrades and incredibly short gameplay time down to just a few hours has been popping up across the internet lately. Founder of Ready at Dawn, Andrea Pessino, eventually got tired of answering questions and posted this on Twitter: 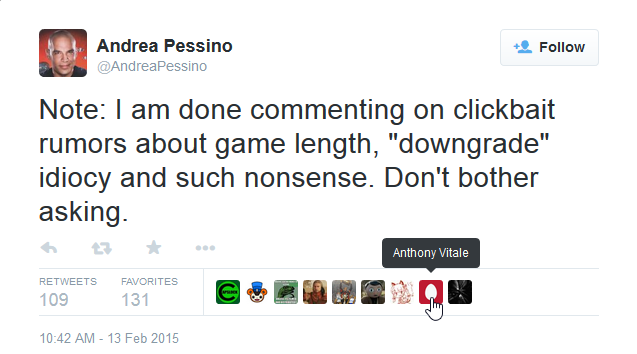 However, playthroughs of the entire game has showed up online, YouTuber PlayMeThrough posted a complete playthrough finished in five hours and 30 minutes, including all the long cutscenes that you can't skip. A NeoGAF user named ReNeGaDe124 reported that he managed to get all Trophies in the game and go Platinum in just about double that time:

"It took me almost 10 hours to finish the game (from 12:45 from 22:30) on normal mode without aim assist. But I also took a lunch break of almost 30 minutes and another small break of 15 minutes. So that’s somewhere around 9 hours.

I got the first trophy after almost 2 hours of gameplay."

In an interview with Eurogamer, creative director Ru Weerasuriya, had a few things to say about the game's actual playtime, where he emphasized the importance of quality and storytelling compared to just providing entertainment for a certain amount of time.

"I've had many more experiences of very short games that have floored me, that have left me dreaming of the things I could do after, more than the games that have lasted 15, 16, 20 or 30 hours, where I've just been like, okay, I played it through and I got what I wanted, but I didn't get more than what I was expecting. Sometimes I want to be floored, even if it's for a short amount of time.

Gameplay length for me is so relative to quality. It's just like a movie. Just because a movie is three hours long, it doesn't make it better."

So even if this game is shorter than what was expected, the question is if the content and experience provided is good enough to balance the shorter playtime and still make players feel they got their moneys worth. It is just a few more days until we will find out, The Order: 1886 is coming out on February 20th, 2015 exclusively for the PS4.

It is also worth noting that Pessini hinted towards a second chapter to the story during a presentation in Milan earlier today. From Italian news sites we can read that he stated there was more to tell about the mysterious substance in The Order: 1886 called Blackwater, and "in this first chapter do not understand how it is created". As this is nothing but a hint, and no real confirmation, it does give some substance to Ru Weerasuriya answer in an interview earlier:

"Of course, we are always thinking about what the franchise is or what it can be. We have ideas and create a world of never just a story, as this is too much work. The question is rather, what can you do in the next hour or the next situation? "

"As a club we are always working on new things, we always have new ideas, explore many things, new technologies and the team here at Ready at Dawn's always really excited about what's coming next, but more we can not talk now. However, many things happen in the studio, to which we are already looking forward."

The Order: 1886 certainly looks like an interesting game to me, a little different in the way it is presented, but I'm not sure if I would enjoy all those cutscenes. However, if the story manages to catch my interest it might just be the right game mechanic to use. What do you think? Is a few hours of gameplay enough for you to cough up full price?