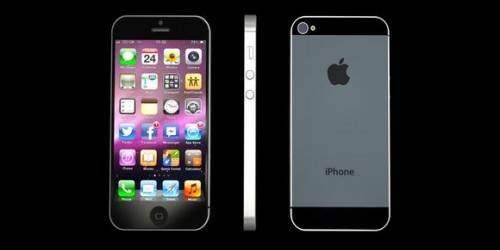 Submitted by Victory, edited by OctaVariuM:

Apple has officially announced the release of the iPhone 5 in the Yerba Buena Center for the Arts, San Francisco. Rumors spread, pictures leaked, but its now official.

Lets jump straight to it, what are the differenced from the iPhone 4 or 4s you ask? Firstly, the iPhone will be 20 percent lighter, weighing 112 grams and a whopping 18 percent thinner. Next, the iPhone has been upgraded to a 4-inch 1,136 x 640, allowing for widescreen display. Apps designed for the previous operating system will not be stretched, however they will have black borders.

One of the largest and most noticeable updates will be the 8 megapixel camera upgrade, 3,264 x 2,448 pixel resolution with backside illumination and the lens being replaced by sapphire, making the lens thinner, stronger and clearer. This new camera upgrade also allows users to take panoramic photos.

In regards to hardware, Apple has upgraded from the previous A5 chip to an A6, claiming that it is “up to 2x faster.” IOS 6 has been introduced with the use of a more advanced “Siri,” allowing users even more commands including the ability to reserve restaurant tables and checking out current sporting scores.

Facetime can be used over 3G, with the 720p front-facing camera and backside illuminated sensor. LTE, commonly knows as “4G” has also been introduced, allowing for even faster data roaming.

The iPhone 5 will also get a new dock connector named Lightening, which is 80 percent smaller that the connector cable, touting better durability and reversibility, meaning it does not matter which way you plug it in. Apple will also release an adaptor to make the transition from any previous iPhones to your new one (it is supposed to cost around $30).

Like what you see? Any chance of you be purchasing the iPhone 5?
View the Post on the Blog