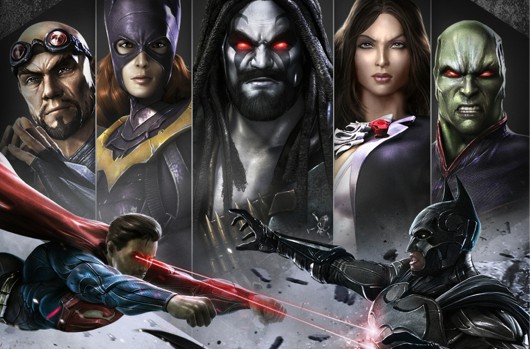 I have good news for all you hardcore Injustice fans out there. Warner Bros and NetherRealm have announced that they will be releasing the "Ultimate Edition" of the super-charged fighter. This version will bag you numerous goodies along with offering everything the game has to offer in terms of characters and DLC. So, what does it include? Let's take a look.

The DLC in Injustice: Gods Among Us Ultimate Edition will include favourites such as Lobo, Batgirl, General Zod, Martian Manhunter, Zatanna, as well as Mortal Kombat's Scorpion. On top of that, you will acquire over 40 character skins and 60 S.T.A.R. Labs Missions. Finally, you will have access to the game's soundtrack, but that will only be bundled with the American version of the game.

PlayStation players will be receiving an extra treat, as will it be re-done for the PlayStation 4 and PS Vita. The PS4 version will incorporate remastered graphics, touchpad compatibility, video sharing/streaming and the ability to be linked to PlayStation Plus to access new features. The PS Vita port will have touchscreen controls for certain mini-games as well as all the DLC promised above.

What are your thoughts on this upgrade? Please be sure to let me know what you think in the comments.