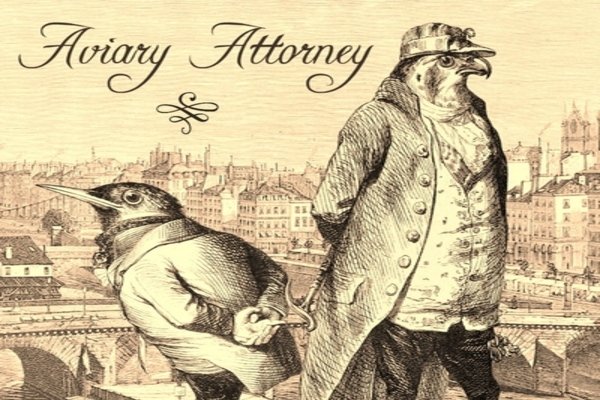 Today, Steam released a game that was recently funded by Kickstarter, called Aviary Attorney. You play as Jayjay Falcon, a defense attorney whose goal is to make sure that the proletariat caste is given proper justice, regardless of their wealth or influence. He takes on clients, retrieves evidence and brings justice to the guilty. If you've ever played Sherlock Holmes Crimes and Punishments, or Phoenix Wright: Ace Attorney, chances are this game will appeal to you.

The game features a story campaign, with four different chapters to complete, and three possible endings based on your choices throughout the campaign. During your investigations you will meet all kinds of different characters, and you have the option to interview them or slide them a bribe to make sure things go your way. The game has a map that breaks down different sections of Paris, and during your travels you will come across real-life landmarks that gives the game a historical feel that goes well with the strange, unique color scheme.

It was released today on the Steam store by developer Sketchy Logic, an Indie developer that was able to fund this game thanks to the popular crowd-funding website Kickstarter. It's sure to be a unique experience, with an obvious appeal to those who love the mystery/detective genre of games, so all you future Sherlocks need to pick this one up and get to investigating!

Make sure to let us know your thoughts on the game if you decide to try it out!