Independence Day: Resurgence was a Failure 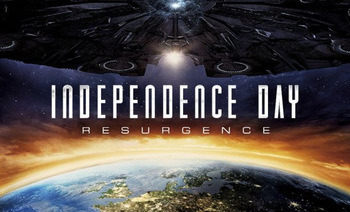 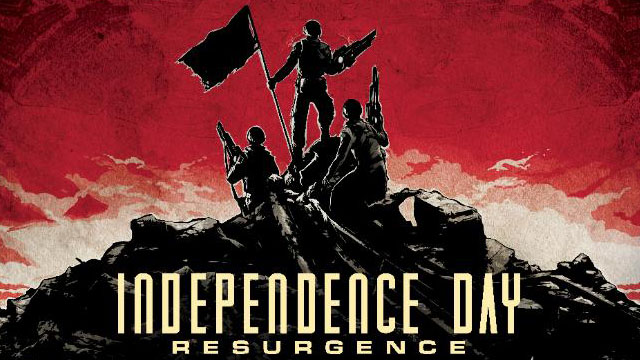 ​
I got around to seeing this flick last night and was completely underwhelmed. It was arguably the least enjoyment I've had from a new movie this year. In all honesty, I'd rather see Keanu or Central Intelligence again before wasting my time and money on this once more. It just feels like such a failed and overall unnecessary attempt at a sequel, 20 years later. I went in open minded, as I do with all movies, and came out totally disappointed. Here's what lead me to hold such an opinion, there will be decent spoilers in this, just a heads up.

This film made many, many efforts to recreate the feel and atmosphere of your typical 90's summer, action blockbuster, and it just failed miserably. It was as cliche as possible, it seemed like a joke, honestly. Independence Day: Resurgence felt incredibly synthetic. It was as if none of the actors wanted to be there, or were actually trying to achieve quality acting. This film was chock-full to the brim with catchphrases and it was infuriating. The world is an hour from ending and you've got the time and mindset to sound like somebody out of Rocky IV, give me a break. There were countless deaths throughout the film that included main characters and side characters, as well, and yet not a single one felt remotely involving or legitimate. There was no feeling to them whatsoever, and that really bothers me. I enjoy a movie, TV show, or even a video game, that is emotionally involving and that leads you to have some, at least some, empathy towards the events taking place. There was none of that found in this movie, not a shred.

This was easily the most predictable movie I've seen all year, without a doubt. There was an event that took place directly before the aliens invaded (again) and I knew right when I saw that event happen, one way or another, it would result in the aliens' defeat and overall, demise. I wish that wasn't true because I love twists and turns throughout a plot, there was nothing that felt unexpected in this film, though. There was a quote before that event I just mentioned that completely gave it away, "that's not the aliens' technology, it might not be a threat." Good job writers and director, give away your ending in the first act, well done. The plot was just boring and typical, and full of holes. In the movie, technology has made major strides and advancements, in terms of weaponry, defenses, space travel, and bases on the moon even, and yet you have a Glock and a Chevy Suburban at the same time. You've got alien rifles and spaceships, and not handguns and cars? It's nitpicky, sure, just another annoyance found in it, that I couldn't wrap my head around. The pacing was alright, I suppose, but that's no saving grace here. 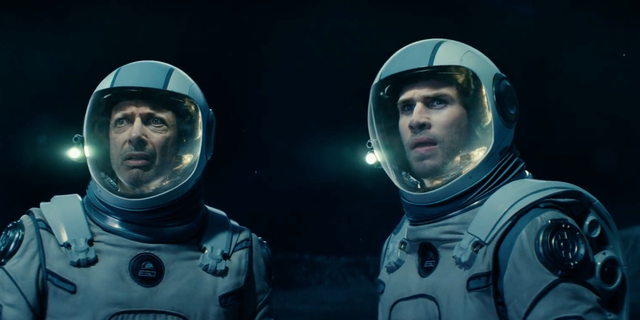 (my face when watching this movie)
​
The characters were pitifully cliche and typical as well. None felt different, you've got your typical young soldiers who have no depth as far as characters go, a brilliant guy that people don't listen to enough (Jeff Goldblum), a whackjob doctor, a dull military general who really didn't serve any purpose, and a former president that everyone thought was crazy when he said the aliens would come back. None of the acting done by the people involved was worth speaking about or remembering in the future. Jeff Goldblum was arguably the best found in it, but his potential was put to waste through the use of so many damn catchphrases, there was legitimately an easy 20+ catchphrases and moronic quotes found throughout this film that had me ready for literal facepalms.

There were some alright things in the movie, though. The special effects were pretty nice for the most part, really. I will say, the alien queen was pretty awesome. Having her in the broad daylight was a good decision, that most of the monster/alien movies nowadays don't do. She felt vastly underused, though. She literally did nothing that amounted towards anything once she was exposed. The queen was this huge, armored, hulking beast that had her own personal shield (that was instantly destroyed) and a gigantic gun (which was instantly destroyed as well), once she finally achieved her goal of the whole movie, she promptly died. It was as anticlimactic as could be.

At the end of the day, the whole thing was a redundant mess in my eyes. The plot was a boring, meaningless waste of time, that wasn't remotely interesting or involving at all. The acting was sub par and the actors were put to waste through the means of a terrible script and overdone, cliche roles. I really don't think this movie should exist at all, to be honest, and yet, they've set up the story for a third entry in the series. Personally, I won't be spending money on that one, as I pretty much regret seeing this one in theaters, and I rarely say that because I enjoy going to theaters and seeing a movie just for the sake of getting out of the house and killing time or keeping my boredom at bay, however, I could've used my time and money in better ways. Honestly, this was my least favorite movie I've seen this year, yes, worse than X-Men: Apocalypse, in my eyes.

Now, I'm being very cynical about this movie, obviously, and I don't want to prevent someone from potentially enjoying it, however, I would like to save people from wasting their money on disappointment. Maybe, if you are a huge fan of the original, you might actually enjoy it, if even for the sake of nostalgia. Although, if you aren't, I think there are better things to spend your money on, such as this 54oz. bag of Skittles on Amazon. Opinions on movies are, of course, totally and completely relative and subjective, so you might actually like it, it just didn't do anything for me, at all.
About author