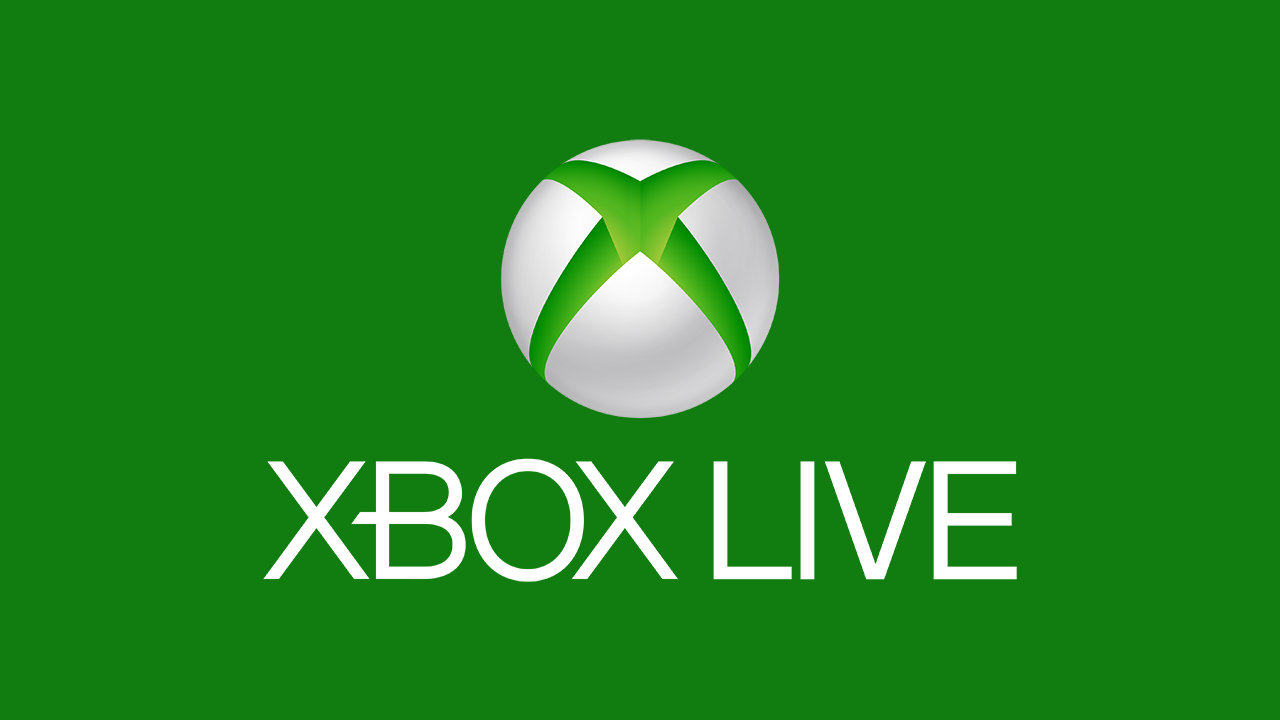 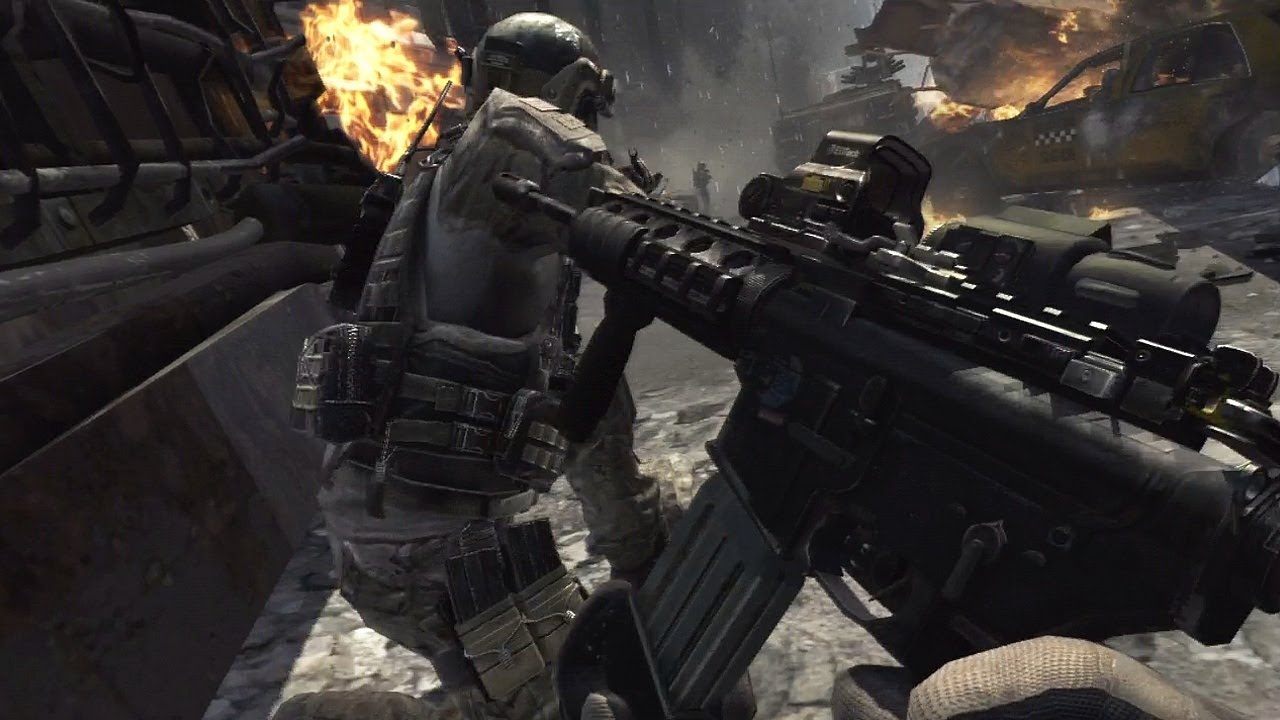 I'm gonna let you guys in on a magical time of my life: Christmas 2011. I just turned 14 years old a few days prior, and I had so little worries and so little cares. I think my primary worry was going back to school in a few weeks and having to resume doing Algebra II and other eighth grade subjects that were apparently challenging for my feeble brain. I don't remember particularly much of this day, but I do remember one thing: Unboxing a copy of Modern Warfare 3, a cheap, disposable headset, that broke within a few weeks, and a 3 month membership to Xbox Live. For years I wanted to play games online with other people, and my parents said no. Christmas 2011 marked my entrance into the world of online gaming. In retrospect, I was probably kept offline for so long because nine-year-old me wouldn't take being called racial slurs very well. I guess my parents decided half-pubescent, 14-year-old me was mature enough to handle one of the most unforgiving, obnoxious, and off-putting facets of the gaming industry: Competitive gaming.

My online gaming experience began so innocently; so naively. All I wanted to do was run around and have fun, and I didn't really care how. I didn't know the layouts of any of the maps, my reaction time was profoundly slow, and I spent my first few nights being yelled at by my teammates. "Spriggan0426, get off this game! You suck!" "Spriggan0426, go kill yourself!" are two particularly mild examples. I began to feel judged, watched, paranoid; the innocence had evaporated. I felt a compulsion to impress my teammates so they would respect me and stop yelling admittedly creative obscenities at me. Over the next few months, I stopped playing to have fun. I played to win. I played to get first place on the leaderboards. I stopped playing with my friends and would play solo, because I needed to be the best.

My kill/death ratio kept going up. To 1.5, to 2.0, to 3.0, to 4.0; I simply couldn't stop myself. I had to be better. I couldn't lose. It came to a point where I would begin to beat myself up and call myself obscenities if I didn't reach some sort of quota for the game. If I had less than 30 kills in a game of team deathmatch, I would verbally assault myself. I became angry. Very angry. At points where I'd die, I would physically lash out. I have broken four controllers, three headsets, and have broken my television screen as a direct result of overreacting at a Call of Duty game. I ended up buying myself a wired controller so I couldn't throw it across the room or at my television. I was a madman; a monster. I had morphed into a cruel, twisted version of what I used to be. What was an innocent eighth grader playing an online game for fun turned into a bitter 16-year-old who ate Doritos as he angrily yelled at nobody in particular on the television.

Why do I go on for three paragraphs about my life? Well, dear reader, it's because I know I'm not the only one. I know I'm a mild case compared to some. Me, rabid with anger, throwing expensive objects around the room as if they're super balls, is a mild case of anger as a result of competitive gaming. There's something wrong here. Terribly wrong. What causes competitive gaming to be such a constantly hostile, malicious place? Why is there no such thing as friendly competition? Why is the official language of Xbox Live "Ad Hominem"?

Well, as I explained in my little story above, gaming stopped being a fun escape for me pretty early on in the experience. I quickly succumbed to the need to impress other people and make them look upon me with favor. It's foolish, I understand, but it felt better than being called names every twelve-and-a-half seconds. I stopped having fun because I felt bad about the way I wanted to play. I thought it was wrong and stupid of me, so I adapted. I played for 11 hours a day trying to better myself so that I wouldn't be called an idiot by random, faceless people over the internet. Within two years I became very good and I did nothing but get first place every match, yes, but that still wasn't good enough for me. When I stopped playing Modern Warfare 3, I had a near-13.0 kill/death ratio, and I still thought that wasn't good enough because I still died in games. I became one of the best players of that silly game and I still beat myself over it.

This is why competitive gaming is such a sad, hostile environment to be a part of. I don't remember why competitive gaming is so much fun for so many people. Sure, it's fun to get first place and impress your friends and other people, but in some people that instinct really takes over and manifests itself in some pretty regrettable actions. For two straight years, I'd say, competitive gaming completely took over my life. I talked to my parents on a sporadic basis, I wouldn't ever leave my basement, and I never hung out with my friends. I know that it doesn't have such an effect on most people, but I know that I'm not the only one who is affected to such a horrendous degree. I might sound like I'm fear-mongering or like I'm some out-of-touch mother who doesn't understand gaming whatsoever, and I wouldn't blame you for that. I still enjoy gaming, don't get me wrong, but doing it on a competitive scale has been ruined for me because of the perpetually malicious sensation it comes with. Nobody is friendly in an online, competitive environment. If you're sick of hearing about only my experiences, I understand. I'll move on to examples I've seen from other people.

For a while, I indulged in the Search & Destroy scene of Modern Warfare 3. For those that don't know, Search & Destroy requires that players be in game chat so they can't tell people on the other team that are alive where other alive players are. I guess it's for this reason that this game mode is the most competitive in all of Call of Duty. I really don't know why else it would be. Anyway, playing this game without having everyone muted is an absolute nightmare. All everyone does is scream profanities and other colorful, possibly made-up words at one another and makes the game as little fun as possible for everyone involved. Nobody is playing the game to have fun; they are just trying to win and belittle the people they are playing against as much as possible. The trash talking perpetuates itself in the form of one person trying to establish dominance. Over the internet, I might add. It kind of seems silly when you think about it. No, actually, it's absolutely one of the silliest things I've ever seen!

It all comes with the anonymity of the internet and the basic human idea that, if you can get away with it, you'll do it. If you were playing a game of baseball against a team of people you didn't know and you struck out, would you start screaming obscenities at the pitcher? No, you wouldn't. The pitcher knows your face and has the potential to know your name. Those two simple but imperative things prevent you from making a scene. In a Call of Duty lobby where you're a gamertag and a voice? Scream your petty anger to the high heavens! What's the worst that's going to happen? Are they going to call you names back? Well, you're anonymous, so what does it matter, right? This mindset is pretty toxic for obvious reasons, however. People tend to unleash their repressed anger out on others in online games because they simply can do it without judgment. Harassing players is the norm on Xbox Live. When I see people congratulating each other and being good sports, I am taken aback. That's simply not the competitive spirit most people have while under internet anonymity. Call of Duty multiplayer is infamous for the fact that almost every single player has a nonexistent temper and the repressed threats of a million angry Spartans. Sure, it's a meme, but that doesn't erase all of the disturbing undertones that come with that.

Alright, there's the cartoonish, mean-spirited side of the coin. What about the other side? Well, look around this website. Look at all of the modded lobby sections that people fight over one another to be a part of. It's absolute madness to watch the evolution of a modded lobby thread and all of the people stepping all over each other just to get in. People are so desperate to look impressive in front of their peers and are willing to go this far to do it that it almost radiates a collective embarrassment inside of me. Sure, I was guilty of this at one time, just like I am guilty of all the things I've sermonized here. I do think, however, that the amount of people willing to pay to get a small advantage and others willing to spend a whole day waiting for one open spot in an XP lobby is pretty outrageous. Does it not make you take a step back and look upon the competitive gaming community? There is something fundamentally wrong here. It takes the entire idea of "competing" and boils it down to the most warped, anarchic level: Competition is fun as long as I have an unfair advantage.

Competitive gaming has long since made sense to me. I play the occasional casual game of Call of Duty and listen to people bicker constantly and inflate the experience to something akin to the trailer for American Sniper. It's baffling, really. I look upon my past self and shame myself for ever being a part of such a hostile territory and actively contributing to that sort of malicious behavior. Whether you pass it off as simple anger, laziness, or competitive spirit, the state of competitive gameplay (especially in FPS games) is pretty broken. Nobody is there to have fun, and before all of the DLCs, the easy ways to make a quick buck, the expansion packs, wasn't that the point of playing? Before you had to impress all of your friends and peers with your flashy gold guns and rare camos, how did you play? Before it was all about crushing your opponents, what was a multiplayer game of Black Ops for you?

Where did the fun go?
About author