Human Culture Is Yours To Shape, Humankind 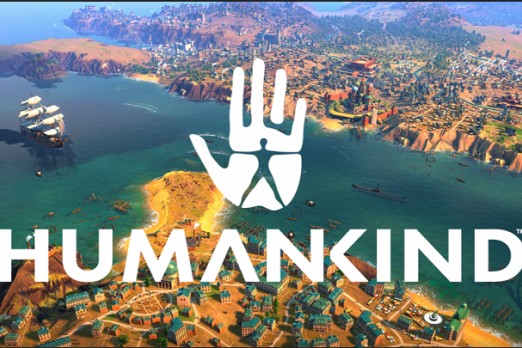 Humankind is the latest project from the minds behind the Endless franchise, a hit in the 4X (Explore, Expand, Exploit, and Exterminate) and turn-based strategy markets. Endless Legend in particular, which arguably put developer Amplitude on the map, told an entirely original tale rife with politicking and questions about the conception of freedom and humanity. The strategy-patterned chariot of the gameplay fed into those themes, with its branching narrative quests that touched on probing questions dealing with survival, religion, and the things that divide cultures and colonies.

Amplitudes latest is ambitious in the way that it seeks to do the same thing, though the lessons it seeks to impart are less divorced from our own realities. Humankind is, quite literally, a choose-your-own-adventure look at the “glorious trajectory of human history,” according to the narrative director, Jeff Spock. The premise of the game is fairly straightforward. Featuring more of the 4X sensibilities that drove the studio’s previous titles, Humankind’s focus is no longer based in fantasy, as Endless Legend was, but on our real-world legacies.

From a demo we were shown, players start out in the Neolithic age, on the cusp between the Stone and the Bronze Age. You immediately have choices to make, as in any strategy game: Where will you roam? What will you prioritize? How will you ensure that your tale isn’t lost to time? Humankind asks you all of those questions and invites you to answer them by engaging in what can only be described as an exploration of humanity and its cultures. Your faction, usually locked by race or creed in other 4X games, is mutable. You can choose to play as an ancient Chinese dynasty one era and the Mayans the next, learning from every new culture that you choose to embrace.

The vagaries of your win conditions follow the same theme. It’s no longer a matter of being the most industrious, or being the most diplomatic out of a bunch of people who might be raving warmongers. Humankind asks you to leave your mark on the world. Whether it’s infamy or charity, you’re asked to make an impact as all of the different civilizations you get to play as have done. It feels like learning from actual human history and trying your best not to repeat its mistakes. You can choose to be more isolationist and to stay loyal to one faction for your entire playthrough, or pursue assimilation, rejection, or something in-between.


According to Spock, Humankind is a labour of love for Amplitude. They were clear that this is the game they have always wanted to make: a title to interrogate history, diversity, and politics in today’s political and social climate. Those are challenging things to attempt, and we haven’t seen enough of the game to see where it falls on the spectrum between on-the-nose and ambitious.

Still, Spock believes that it’s “important to have a game asking those questions and to answer them if one wants to be a responsible game developer.” Seeing end-game footage of brutalist Western architecture perched alongside Qing-era pagodas in a sprawling megapolis made the studio’s idea real, even just for a few minutes. Amplitude maintains that there's a lot of affection for humankind in Humankind, and we’re curious to see where it takes us, complete with the triumphs and foibles of our own history.