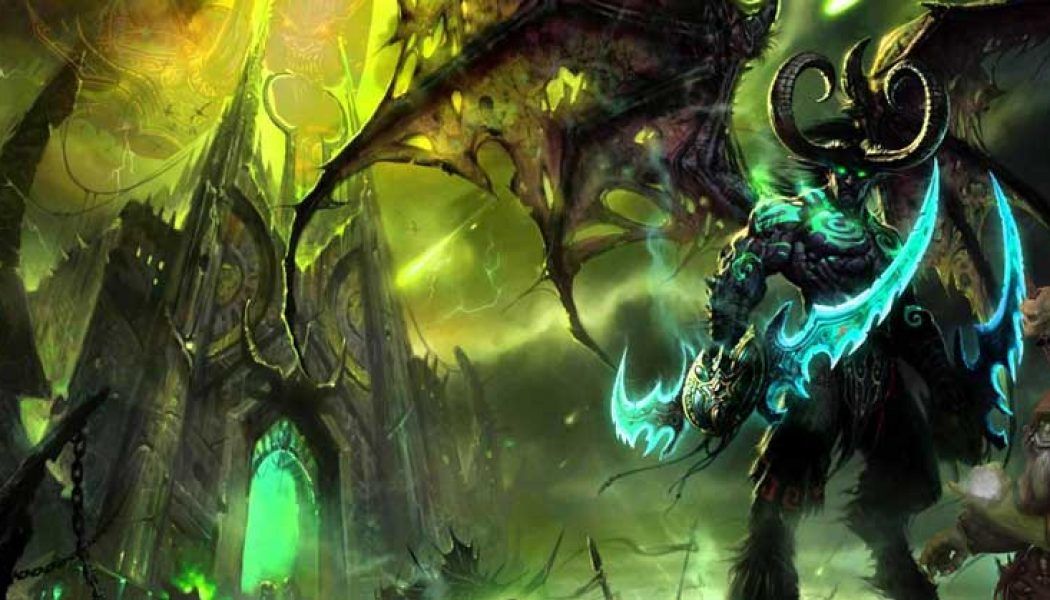 A huge new patch for World of Warcraft has arrived. One of the topline new features is level-scaling for the whole game, an exciting new feature that was announced back at BlizzCon.

With the new patch applied, every area in game now features level-scaling. Previously, this was only available in the Legion expansion, but now it's online for the full game. According to Blizzard, "This new scaling system greatly increases the amount of options you have when deciding where to quest and when to move on to the next zones." Additionally, corresponding dungeons are scaling as well, including the rewards you get from beating them.

As you may be aware, before this update, WoW's levelling system put beginning players in a starting zone from level 1-10 or thereabouts. After that, they'd move on to higher level area in certain level brackets. But now, as explained by Kotaku, the starting area now features level-scaling from level 1-20, and when you reach level 10, you can move to many other areas that range in level from 10-60. After that, new zones will be available every five levels. It's a little more involved than that, and you can see a thorough breakdown of the new level-scaling feature here at WoWhead.

Today's new WoW patch goes much further than just adding the new level-scaling system. It also makes the in-game S.E.L.F.I.E. camera easier to get and adds more filters for it. A new Battleground, Seething Shore, is also added, while there are some changes to WoW's various classes as well. You can see the full patch notes below, as posted on WoW's website.

WoW's next expansion, Battle for Azeroth, is coming later this year on PC. Check out GameSpot's in-depth report here to find out all about it.

Every zone in Kalimdor, Eastern Kingdoms, Outland, Northrend, Pandaria, and Draenor now use the level scaling system introduced in Legion. This new scaling system greatly increases the amount of options you have when deciding where to quest and when to move on to the next zone.

All corresponding dungeons and the rewards therein now scale as well.

A long-forgotten evil has awakened once more. Travel back in time with 10-30 other adventurers to cleanse Ulduar of Yogg-Saron’s evil influence. While you journey through this memorable Wrath of the Lich King raid, your character will be scaled to player level 80.

Your fate is sealed. The end of days is finally upon you and ALL who inhabit this miserable little seedling. Uulwi ifis halahs gag erh'ongg w'ssh.

Players who have completed Antorus, The Burning Throne will be summoned to your capital cities, from which you’ll travel to Silithus to investigate the strange events surrounding the impact of Sargeras’ blade. Look for this new questline upon logging in.

The Alliance and the Horde fight over a precious new resource, Azerite, in this new 10v10 battleground. Seething Shore is a king of the hill battleground where the first faction to collect ten pieces of Azerite from randomly spawned nodes, wins.

The Seething Shore will become available as the story in Silithus unfolds.

Holiday dungeons are now available to all players starting at level 20. Items that drop from these dungeons will scale to your current level. In addition, keep an eye out for new items in many upcoming holidays, such as new Lunar Festival hats and a sturdier Sturdy Love Fool.

Self-oriented photographers rejoice! Your S.E.L.F.I.E. camera is now easier to obtain, and it has new background filters. Selfie Cam Mark I is available at level 15 in Stormwind or Orgrimmar via a quest, and you can upgrade to the Mark II Selfie Cam after completing a new level 30 group quest.

We’ve also added the following backgrounds, but you’ll have to figure out how to unlock them.
Changes