How will Halo 4 revitalize the Halo franchise? 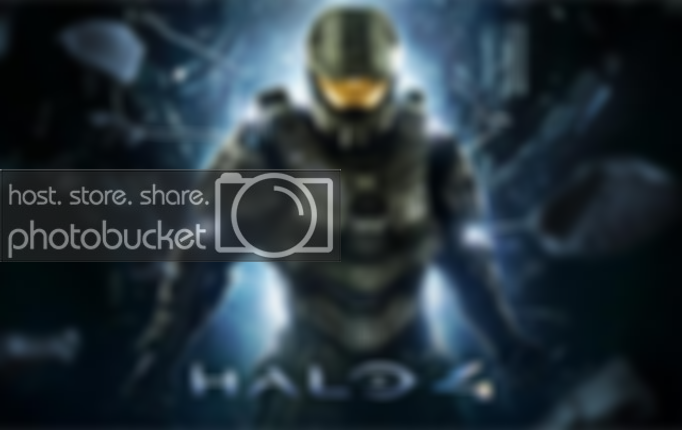 With Bungie off the saddle, Halo's hands are tightly bonded with brandished Covenant handcuffs as 343 Industries is left to mend the splintered Halo community with Halo 4. It is quite exciting for the gamer to speculate what would make Halo 4 legendary while 343 busily whisks away the night with such a task that is to meet any real Halo gamer's extraordinary expectations with Halo 4. To captivate, to enthrall, its audience, many pray are something 343 Industries will achieve with the upcoming Halo sequel.

Halo is left with a community that is divided among the many Halo games. From the die-hard community that solely plays Halo 2 to those that enjoy late night sessions playing with close friends on Halo Reach, Halo's community is left broken in pieces. 343 Industries, if you're reading this, take a gander at what the community as a whole would love to see rather than individual cells of Halo gamers. Halo needs revitalization. Revitalization is a spice that must be cooked in the right measure for a maximum positive effect in the gaming industry, especially for blockbuster franchises such as Halo.

Ditching the Red vs. Blue Concept

It never made much sense as to why Spartans would be fighting other Spartans considering the human race is desperately fighting against two alien threats for human survival. Don't get me wrong when I say the Red vs Blue concept is something that needs to be rethought. This is something that was engrained into the franchise since Halo 1, but times are changing. Halo 4 has the ability to rewrite the way gamers select their characters and personalize their trooper into battle. Depending on the civilizations on the unknown planet that will undoubtedly have important significance to the last three Halo games, Halo 4's multiplayer can cater to a selection of several species from humans to other alien creatures. Nevertheless it is rather disappointing to have a lack of selection when it comes to character selection. Give one good reason as to why Team Slayer should have any merit when its simply two teams of Spartans with two different color schemes! Aside from confusing those green to the Halo franchise, it is a bland concept! Halo Reach adopted this concept rather well unfortunately. Team Slayer should have involved Spartans slaying Covenant and vice versa!

Oddly enough, these four were on the same squad in their last operation.​

It is natural to improve on existing models of any product. In fact it is a necessity to keep product lines, let alone a franchise, on the shelves. However on the flipside, it is also a factor in a game that can either make or break it during development. Too much attention to graphics will leave a lacking and tasteless game with flashy eye candy. This is not to suggest 343 "borrows," the Frostbite engine and slaughter the graphics which keeps Halo, Halo, but instead create a finer artistic blend by combining Halo style graphics with sharp, professional photographic like graphics. Drawing inspiration from those live action Halo commercials, the graphics in Halo 4 could actually be a breath of fresh air by going far and beyond Halo Reach's graphics engine.

In a futuristic first person shooter, a lack of creative and destructive weapons in a futuristic universe makes for a generic futuristic game. The Halo franchise has sacred, untouchable weapons. Tinkering with ones standard issue Assault Rifle and Battle Rifle is one thing, but absolutely butchering them is another. Many can agree with the major differences between Halo 2 and Halo 3's Battle Rifle and Halo Reach's "Battle Rifle." It just isn't the same. To add injury to insult, reticule bloom had to be included with Halo Reach's "Battle Rifle." Leave these weapons alone. The first three Halos had a winning formula with a simple stock of basic weaponry. I will grab my burst fire Battle Rifle over a semi-automatic Battle Rifle with sensitive accuracy any day.

As for the innovative minds, I hope, that are behind weapon design at 343, please don't forget the alien, mass destruction, and laser elements to whatever new weapons you are planning to create. There were distinct technological boundaries between Covenant and Human technology. Simply put, the Covenant sported complex, laser or plasma-firing weapons while the Humans stuck with the classic lead and explosives with a hint of deadly Splaser. Whatever civilization may be on the planet Master Chief will inevitably land on, it is assured they will be as technologically advanced, if not surpassing, as the Covenant. Give the community a taste of a new inventory of alien weapons while including a few power weapons not seen before in the Halo franchise. In Reach the Plasma launcher was irrevocably in the laughing stock of power weapons. Easily avoided by jumping or quick movements and blocked by taking cover or hiding behind your power shield, the Plasma launcher just didn't make the cut in my opinion. Not to mention it was simply a piece of equipment that shot sticky grenades. Should there be some fascinating alien civilization Master Chief will have to butt heads with, hopefully there will be some bulking specialist enemy firing plasma artillery rounds at you invoking the usage of cover in campaign and the rage of others in multiplayer as you whore such a deadly new alien weapon.

Lastly the equipment that was heavily introduced in Halo 3 should subtly exist in the multiplayer of Halo 4. I was not a fan of equipment lying around in the battlefield, nor was I too fond of a jet packing Spartan firing rockets from above some normally inaccessible point on a map. Should equipment make a re-debut in Halo 4, please leave the equipment as scarce as power weapons in the maps. Having an entire team with an inventory of numerous bubble shields, energy drains, and trip mines isn't appealing, nor is a team full of power shielding, jet packing enemies. A jet packing Brute is annoying enough let alone a jet packing Spartan. 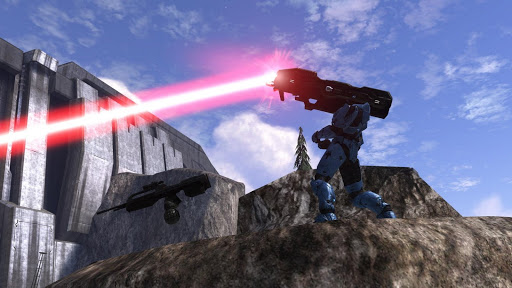 Don't fret, Splaser, soon you will meet your worthy opponent.​

Remember how awesome and special it was to fight against a team of Bungie employees? Do you recall that feeling of "damn, I just brought home that steak dinner," after you annihilated that team of Bungie employees and earned a badge and a helmet of honor? A healthy and noticeable relationship between those that made the game and those that play the game is something that Halo needs once more. Additionally, certain rewards and perks, aside from the ones mentioned, should exist with that kind of relationship. Years ago, flaming helmets in Halo meant much more than someone who preordered a game, or forked over $150 for a special edition of a Halo game. It meant you gamed with fame and lived to tell the tale. 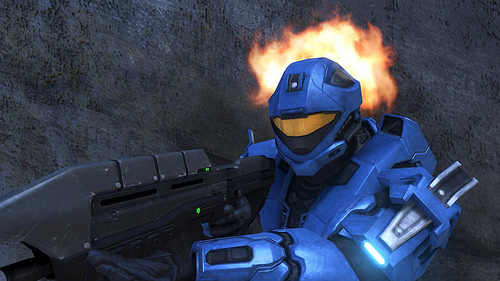 Halo 4 needs to unify the Halo community. A throw back to any Halo game is a wrong move as it will lose hard-core fans and may actually hurt the franchise itself in the long run. The truth is the reason we all loved Halo 2 is because it was a genre defining, balanced, enjoyable, and nearly perfectly augmented with a community that enjoyed playing with one another through an internet connection, at LAN parties, or sitting in the same room fighting for split screen space on a television screen. The features mentioned above are things Halo 4 should have to change things up, but the social experience is the soul of a franchise. There needs to be a flawless mix of new features, old features, playability, re-playability, storyline twists, character development, and near multiplayer perfection and balance in order to ensure a unparalleled social experience. Halo has hit that target before and still has a lasting effect in the annals of game history and the gamer world. Halo 4, and this goes for any Halo game, will never hit the same level of success as Halo 2. This does not mean it can be better than Halo 2, but mind you that it would be a wrong decision to have Halo 4's multiplayer experience have a foundation on all of Halo 2's multiplayer experiences in an effort to surpass that level of success.

Will we once again purchase real game fuel at our local grocers and gas station, snatch a bag of Doritos, and relish sleepless nights with our friends as we carelessly enjoy what Halo 4's multiplayer has to offer? Can Halo 4 redeem itself and reunite the community to a Halo-esque glory not seen before? Not in the image of its past success but in an image that it can mold into something better. These are questions that we are left to ponder as the Halo community inputs their suggestions to help 343 Industries guide the Halo franchise into the right direction; back to the top of the charts.

The fight has only begun​

This article was written from scratch by SharpGhost.

All pictures used in the article came from miscellanous sources.

I hope you enjoyed reading this!