How Video Games Have Helped Me 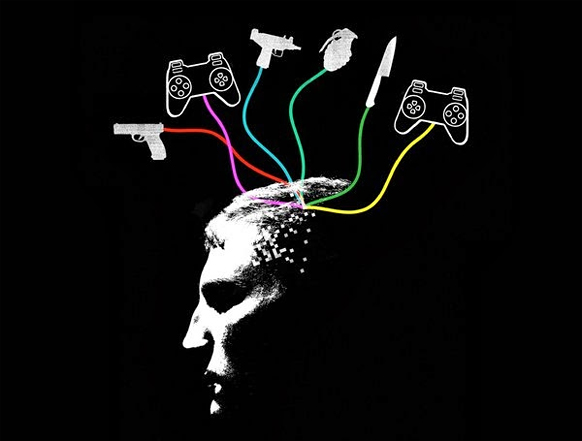 When you see the words “psychological” and “video games” in the same sentence what do you think of? Most people would start to think adverse thoughts, especially if you aren’t a gamer yourself. Why is this? Well, just like the majority of negative insights in today’s time, this is due to the media and how it milks pessimistic topics dry. Personally, I think video games can have a positive and/or negative impact on a person’s psyche. The route in which you take depends on what you take in and how you perceive it.


Video games have made a massive impact on my life, in many different aspects, most of which resulted in me bettering myself. For those of you who know anything about my personal life, you will know that I suffer from extreme anxiety and panic disorders. I’ve been fighting these mental disorders since 2009 and nothing has helped combat the struggles that I go through on a day to day basis, except video games. There have been multiple ways over the years that have helped me relieve the stress and anxiety during a panic attack, but none of these other methods have maintained such a promising result that video games have.


A lot of people play video games as a way of entertainment, self accomplishment, or even an unhealthy addiction. While I also play games for such reasons, it’s also very therapeutic for me. When I start to have a panic attack, I can pick up a controller and within a few minutes be completely oblivious of the worries that were on my mind. Games such as Borderlands, Pokemon, Grand Theft Auto V, and Guitar Hero are just a few that I’ve spent countless hours immersed in.


Why do video games help me so much? Honestly, I can’t answer that. It could be because I thoroughly enjoy games, how I can relate to the story being told, or simply that I want to achieve that 100% for that game. Regardless of the actual reason, I can easily say that I am disgusted with the way that the media presents the effects games have on the human mind. All of the things I have mentioned are personal experiences, but I genuinely think video games can be a very positive influence on someone that is having a hard time. I know that some people can intake unfavorable thoughts from video games, however, I don’t think we should blame the game for that, instead, the person behind the controller.


What do you think of video games and the effect they have on people? Do you have any personal experience of gaming that have helped you overcome some of life’s multiple challenges?
About author