How To Transfer Extra Pokémon In Pokémon: Let’s Go! 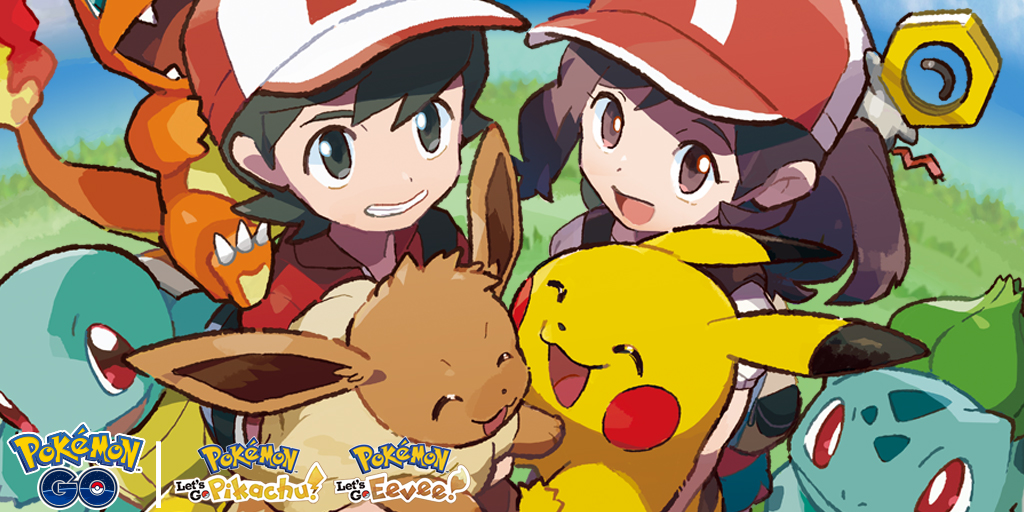 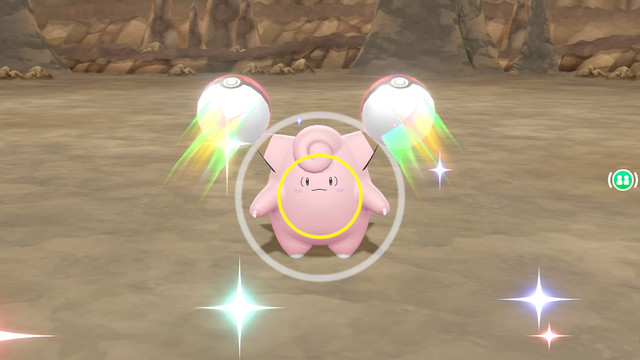 One of the biggest differences between Pokémon: Let’s Go! and the previous main Pokémon games are the catching mechanic. Instead of chancing upon wild Pokémon encounters in the tall grass or the crevices of caves, you see all the Pokémon wandering around and can choose whether or not you want to encounter and catch them. And instead of battling them to the brink of death, you catch them à la Pokémon Go, either waving your controllers or pressing buttons in handheld mode.

While this means that Pokémon-full areas like the Rock Tunnel are more streamlined, it also means that there’s seemingly less incentive to go out your way to encounter Zubat after you’ve already added it to your Pokédex. So is there any point to catching more than one Rattata besides the fun catching? Actually, yes.

Why should I bother catching more than one of each Pokémon?


In previous games, unless you wanted to hunt down a specific nature or gender for breeding, there wasn’t much need to catch more than one of each Pokémon. It was simpler just to battle the wild Pokémon until they fainted instead of trying your luck with Poké Balls. Since you don’t have the option to fight wild Pokémon, it might seem redundant to catch yet another Pidgey, especially when for the most part, you can navigate around them.

But there are perks to catching extra Pokémon. For one, if you’ve battled all the trainers in an area (or you’ve avoided them because you don’t want to), catching Pokémon is a good way to grind for experience, which is spread evenly across your party. As always has been the case, the higher the level of Pokémon you catch, the more experience your party gets.

Catching more Pokémon in an area also increases the likelihood of rare Pokemon popping up. After catching 12 Zubat and Golbat in the Rock Tunnel, for instance, you might see a wee Charmander or formidable Kangaskhan walking around. Additionally, catching repeats of the same Pokémon in a row increases the chances of shinies and Pokémon with better stats. 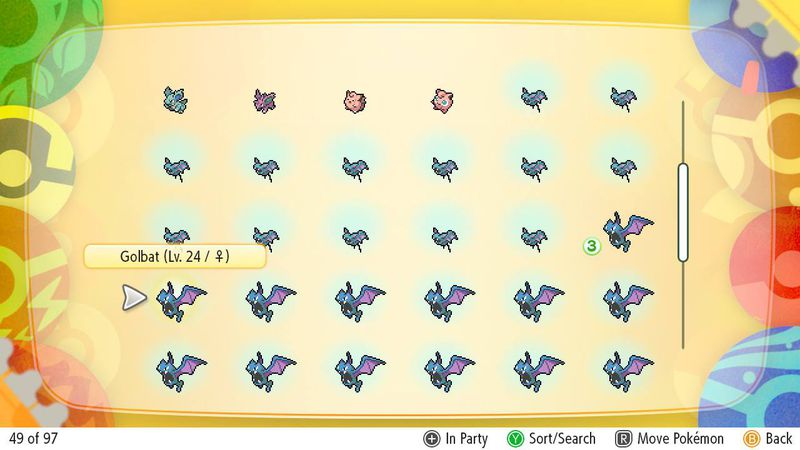 If for whatever reason you don’t want a dozen or so Zubat hanging out in your Pokémon box, you can always transfer them to Professor Oak for candies. Unlike how they work Pokémon Go, the candies you receive aren’t used to evolve your Pokémon (that’s still done the traditional way with experience points). But like the mobile game, candies can be used to buff up your Pokémon’s stats.

To send over Pokémon to Professor Oak, navigate over to your Box by hitting the Y button while on the party screen. From there, you can sort the Pokémon. Select the desired Pokémon. A little menu will pop up with the choice to “send to professor” near the bottom. Select that. 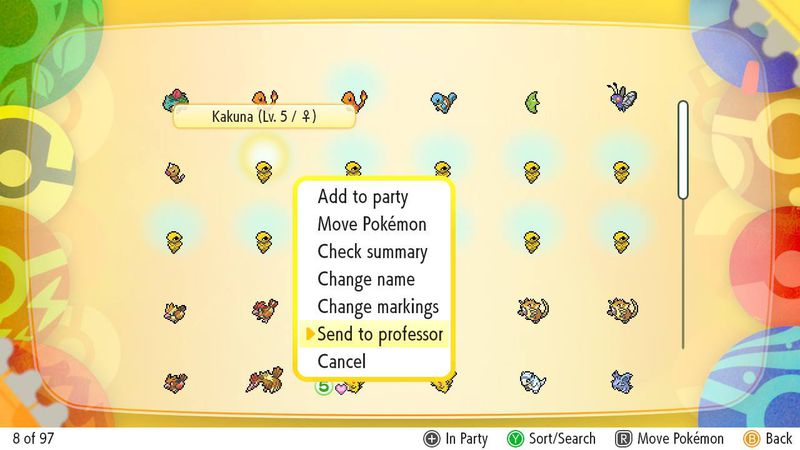 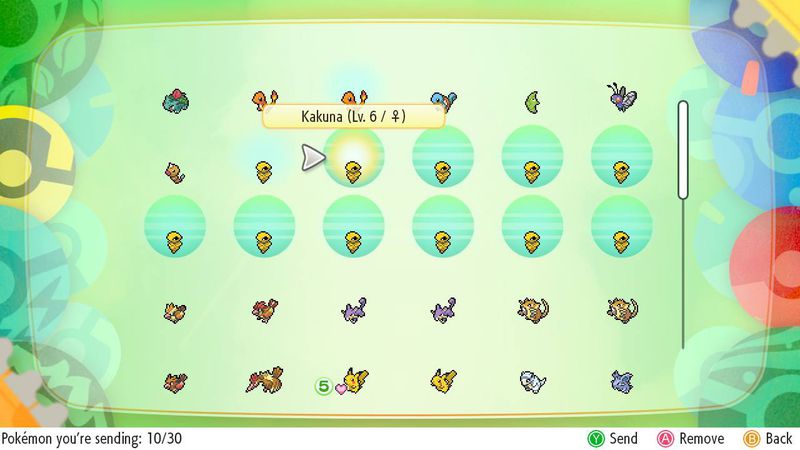 Professor Oak says something about how he’s glad you’re helping his research and sends you candy as a reward. Success!

Depending on which Pokémon you send over, you’ll get different types of candy, which you can feed to your team to boost different stats. There are also boosted versions of these candies that can only be used on a certain level of Pokémon. The six types of candy are below:


The candy you receive from each Pokémon corresponds to that species’ highest stat (Zubat gets you Quick candy; Kakuna gets you Tough candy; Machop gets you Mighty candy and so on).