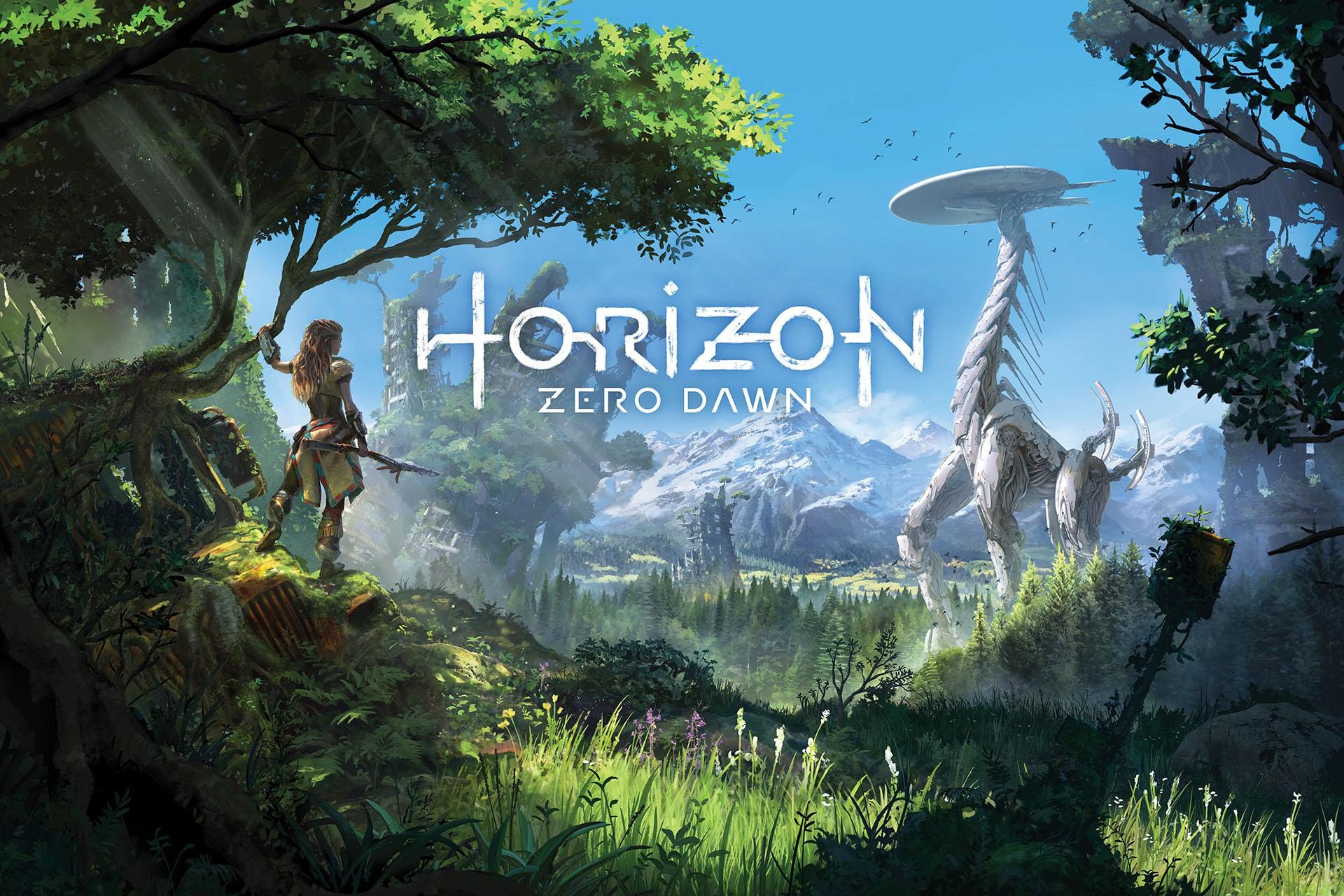 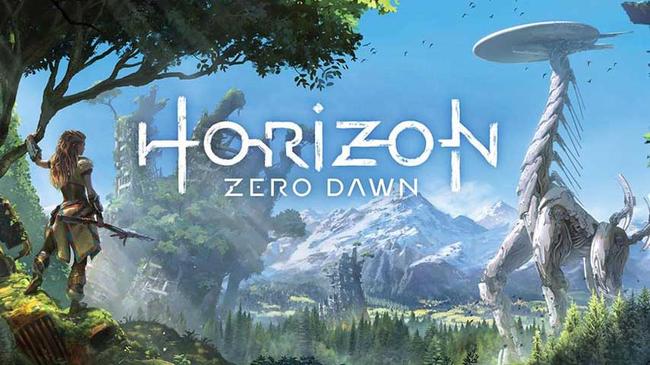 Horizon: Zero Dawn has had PlayStation 4 owners waiting in great anticipation for its 2016 release. Unfortunately, developer Guerrilla Games has decided to extend that wait until 2017. Managing Director Herman Hulst went on to state that the studio wants "to ensure that Horizon: Zero Dawn lives up to the visuals and gameplay quality that our games are known for. The new date affords us the extra time required to deliver fully on our ambitious vision for Horizon: Zero Dawn." Any delay that will only further improve the gameplay experience for players in the final product is a delay worth waiting out in many gamer's eyes. The game currently has a new release date set for February 28, 2017. The Horizon: Zero Dawn Collector's Edition has also been announced, and you can read up on the details regarding the special version of the game below, along with a brand new trailer that was released.

The Collector's Edition will cost $120, and will come jam-packed with digital and physical content that just may make this version of the game worth buying. In addition to the exclusive bonus in-game items, Collector's Edition purchasers will also receive a 9" statue of the protagonist of the game, along with a steelbook case for the game itself and a massive 48-page art book. 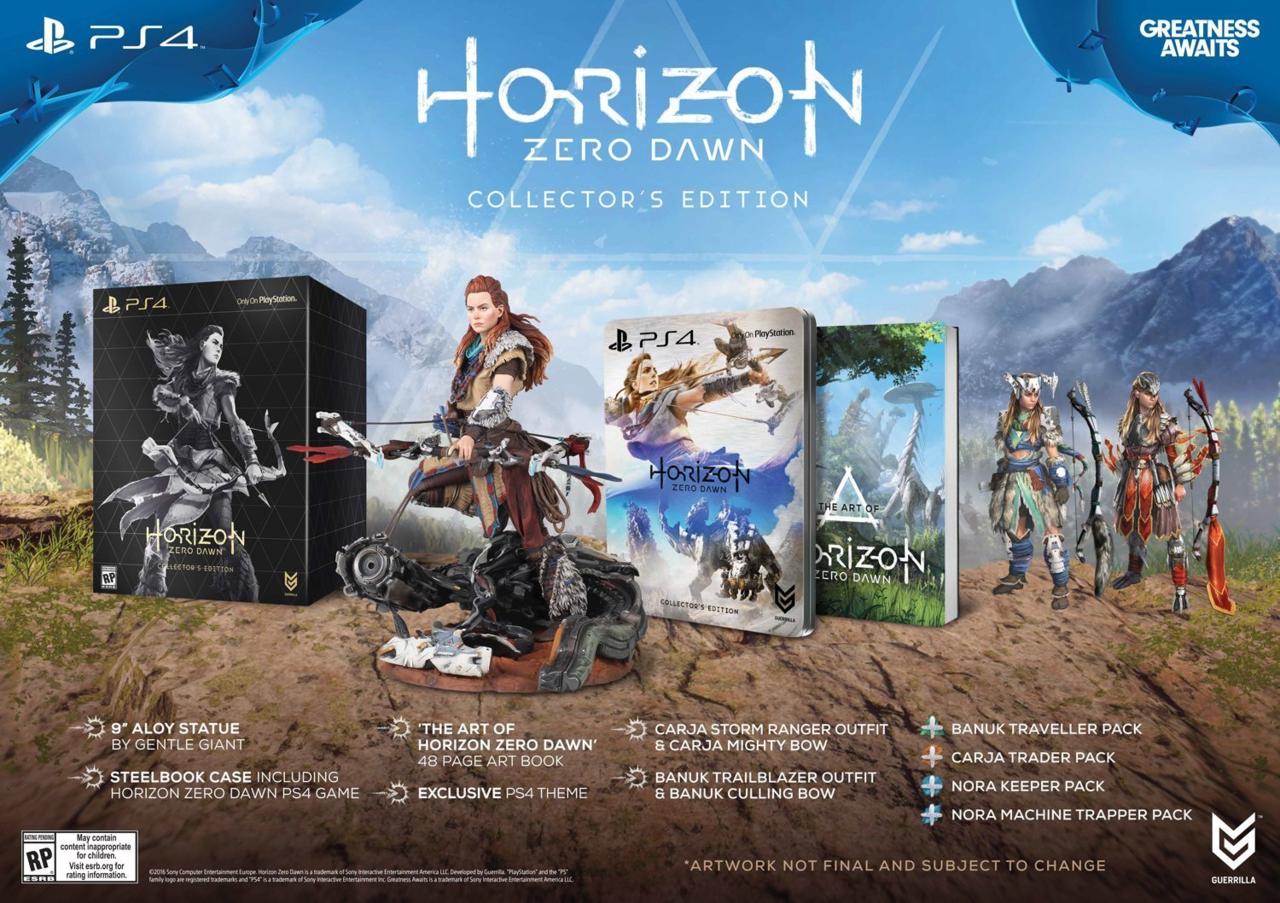 ​
Moving towards the Collector's Edition's digital content, gamers will be receiving quite a few items, which includes in-game weapons, outfits, and resource packs. There will also be a special Horizon: Zero Dawn dynamic theme for PlayStation 4 owners to enjoy on their consoles. As for the in-game content, players will get three different types of both Carja, Banuk, and Nora themed items. The first two items are the Carja Storm Ranger Armor and the Carja Striker Bow. The first being an extravagant piece of armor and the second being a special bow that gives players extra stopping power with each arrow they fire. Last but not least on the Carja side of things, we have the special Carja Trader Pack; a crate full of rare resources that constantly remain in high-demand all throughout the Carja Sundom marketplace.

As for the Banuk and Nora themed items, players will receive the Banuk Trailblazer Armor, which was crafted by hunters and shamans to contend with the harsh environment of the northern territories in the game. Players will also be receiving a Banuk variant of a bow, which was created from harvested Machine parts. In addition to the Banuk armor and weapon, there will be 3 additional resource packs for packs for gamers to enjoy. The first is the Banuk Traveler Pack, which will contain simple Banuk tribal marks. The second is the Nora Keeper Pack, which will contain resources that will assist players in utilizing Machine parts to create your own items. Last but not least is the Nora Machine Trapper Pack, which contains Nora tribe theme items that their hunters never go into the field without.

Fans are expecting Horizon: Zero Dawn to be covered during Sony's E3 media briefing event, so stay tuned for possible fresh news about the game, and other exclusive Sony titles coming to PlayStation 4 in the future.