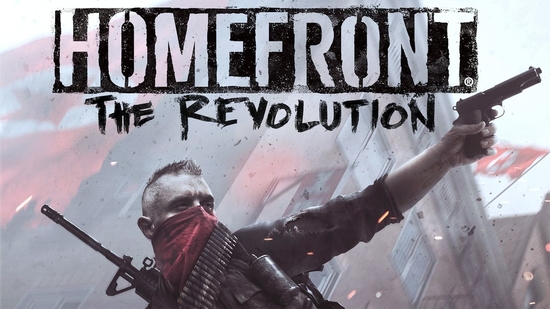 ​
Usually we can’t run off of a retailer posting a placeholder date when it comes to future games with unconfirmed release dates. However, some of those instances we can take with a grain of salt to only find out shortly thereafter that the release date posted by a retailer is actually true. In the case of Homefront: The Revolution, this placeholder date turned out to be the actual release day, which was leaked by Target just last week on reservation cards for the game. Officially confirmed by the developers with a new trailer that can be seen below, Homefront: The Revolution will be launching on Xbox One, PlayStation 4, PC, Linux, and Mac on May 17th in North America. While all other regions will have to wait three extra days for it to release on May 20th.

Also announced with the confirmed release date is an Xbox One exclusive beta for the game which will begin in February and continue to an unknown end date. If you would like to participate in the beta, though, you will need an Xbox One beta token that will be given out by Deep Silver and Xbox over the next few weeks. To stay in the loop of how to obtain one you can register on the Homefront website to keep tabs on when the giveaways will be happening.


​
This next installment in the Homefront series will not be a complete sequel to the original, as the developers claim that “everything is new.” Which stands to reason why the game was not titled ‘Homefront 2.’ In this new Homefront game, players will take control of the main protagonist Ethan Brady as he leads a resistance against a Korean invasion in the city of Philadelphia. The game will be set in 2029, and will be centralized around the singleplayer campaign, which can also be brought online with up to three friends in co-op mode.

Considering that the origin studios for the first Homefront, Kaos and THQ have now closed shop, along with the original developer Crytek UK being sold off to Deep Silver, it stands to reason that Homefront: The Revolution may have never even materialized in the first place. Despite all of that, it is now nearing release. So in just a few short months we will have a chance to play a series that could have easily been swept under the rug quite some time ago.