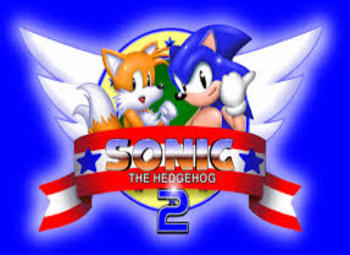 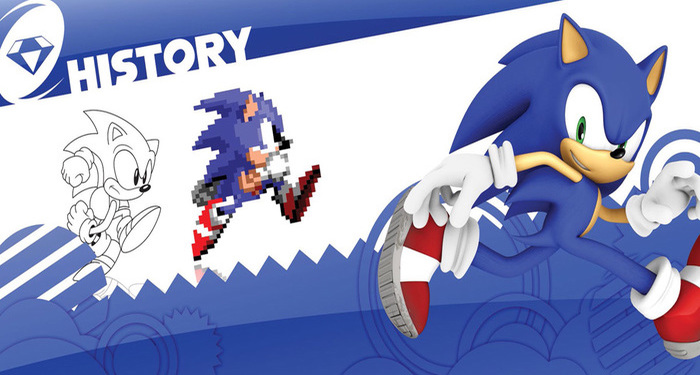 Let me take you back a few years, when I was just a little nugget. My Father, being the nerd he his, brought home a Sega Genesis for my brothers and I. We were all young at the time and hadn't had much experience with gaming, and we were excited to try it out. One of the games he bought for it was Sonic the Hedgehog 2, and he let my younger brother and I play it. I still remember to this day how amazed we felt playing. We never did beat it, but the experience made me a huge fan of Sonic. After playing the game I went on to get Sonic themed everything, if something came with Sonic on it I wanted it. Since Sonic was the first game I ever really played, this upcoming 25th anniversary is exciting for me, and the possibility of a 25th anniversary game is nice, but there's one problem. Lately Sega has been releasing tons of unfinished and downright awful titles. In this article we will be taking a look at the vast history of main-series Sonic games, and hopefully Sega can take a look at their past and try not to make some of the same mistakes.

The Sonic series began in 1991, with the release of the first game, Sonic the Hedgehog. It was a 2D platformer, and featured things other games didn't, like loops and checkpoints. The game introduced our hero, Sonic, and the main villain, Doctor Robotnik. Sega wanted a mascot to compete with Nintendo's Mario, and it was a huge success. This one launch transformed Sega into a gaming giant, and helped make Sonic into one of the biggest mascot characters of the '90's. A sequel was made in 1992, and introduced Sonic's sidekick Tails as a character. Sonic the Hedgehog 2 was also the first game in the series to have Sonic's spin dash, which would go on to be one of his most iconic abilities. A third Sonic title dropped in 1994, and introduced new power-ups, Tail's ability to fly, and Knuckles the Echidna. Later in 1994 Sonic and Knuckles released, and featured Knuckles as a playable character. The game is a direct sequel to Sonic the Hedgehog 3, and was actually intended to be a part of the game. Unfortunately, due to hardware limitations, it had to be released separately. While this would be the last of the Genesis platformer games, Sega didn't plan to stop cashing in on the fame. Several spin-off games were released, but that is a tale for another time.

The Genesis games were all successful, and I remember playing each and every one one of them. Eventually I got my hands on a Dreamcast, which my Father had modded so we could burn our own disks for it. We burned a copy of Sonic Adventure, which originally released in Japan in '98 and North America in '99. This quickly became my favorite Sonic game, and still is to this day. Sonic Adventure was the first free-roam 3D Sonic game, and one of the first 3D games I ever tried. There are six playable characters, and each one has their own story to complete, as well as their own unique play style. This wasn't something that was common at the time, and thus Sonic Adventure got really popular for having so much to do in it. A few years later, in 2001, Sonic Adventure 2 was released, also for the Dreamcast. This game featured six playable characters, albeit in a different manner than the previous title. This time around, you have two teams to choose from, Hero or Dark. The teams each consist of three characters and each one plays differently. On the Hero team we have Sonic, whose gameplay focuses on fast-paced platforming, Tails, whose gameplay consists of multi-directional shooting, and Knuckles, whose gameplay is a sort of hide-and-seek. Over on the Dark team, we have the new character Shadow, who plays like Sonic, Doctor Eggman, who plays like Tails, and Rouge the Bat, who plays like Knuckles. Sadly, even thought this game did well, I didn't have as much fun with it as I did the first. The Sonic and Shadow parts of the game were fun, and the Chao World was neat, but that was about it. Playing as Tails/Eggman and Knuckles/Rouge is dreadful. I spent my time playing as them praying for it to finally be over so I could go back to playing as Sonic or Shadow. While I did enjoy it, it's no where near as good as the first Sonic Adventure. Sonic Adventure 2 is also famous for being the last Sonic game on a Sega console.

After the failure of the Dreamcast, Sega took a break from what they were doing and let Sonic rest for awhile. Another main-series game wasn't released until the dark year of 2006, when the dreaded reboot of the series, Sonic the Hedgehog, or better known as Sonic '06, was released for the PlayStation 3 and Xbox 360. Sonic '06 was released for Sonic's 15th anniversary, and was a complete flop. The game was released mostly unfinished, and was riddled with bugs, poor animations and textures, long loading times, an awful camera system, and a plot that made no sense at all. The game features multiple playable characters and introduces Silver to the series, but other than that it was a failure. Another attempt to repopularize the series was Sonic Unleashed in 2008, which released for the Xbox 360, PlayStation 3, PlayStation 2, and Wii. The Xbox 360 and PlayStation 3 versions of the game were notably different than the other versions, with the Wii and PlayStation 3 versions being arguably the best two out of the 4. All versions were received rather well; graphics looked amazing, it was well animated, and the gameplay was actually fun. The only thing about this game that ruined it for a lot of people was the werehog sections. Certain levels would have you play as Sonic the Werehog, and usually you would just be fighting through waves of enemies, similar to God of War. Of course, this is not at all what fans wanted, and the simple fast-paced action-platformer sections are what kept the game afloat. Without them, Sonic Unleashed would have probably been another failure.

After the failure of Sonic '06, and the near-failure of Sonic Unleashed, Sega needed a way to recapture the love and respect of fans. In 2010, they decided to take Sonic back to his roots, with the release of Sonic the Hedgehog 4: Episode I, with Episode II releasing two years later, in 2012. Both games were 2D platformers, similar to the original 3 games. These two releases were the enormous successes that Sega was hoping for. In between the release of these two games came Sonic Generations, a celebratory game made for the 20th anniversary of Sonic. Generations was a major throwback to the very best of Sonic, featuring fan-favorite levels from tons of different Sonic titles released in the past. The game features 2 Sonics as playable characters; one is the classic Sonic, whose only power is spin dashing, just like in the original game. The second one is modern Sonic, who can't spin dash, but can instead use the homing attack. All of the levels played as classic Sonic are 2D, while the modern Sonic levels are a combination of 2D and 3D gameplay.

A few years later, in 2013, Sonic Lost World released on the 3DS and Wii U, and would eventually make its way to PC. The game had amazing graphics and well done animations, and received very confusing and mixed reviews. Some reviews give it nearly a perfect score, while others label it a complete failure. Overall, the game sold rather well and wasn't broken upon launch, so that's a win, I suppose.

That about covers the history of Sonic games that are considered main-series titles. I know I missed tons of Sonic spin-off games, but these will be covered in a future article. Sega has gone through quite a few rough patches, but after every failure it seems they find the formula for success. Hopefully, after the slew of bad spin-off games that have been released lately, Sega will be able to release another amazing Sonic game for the 25th anniversary.
About author