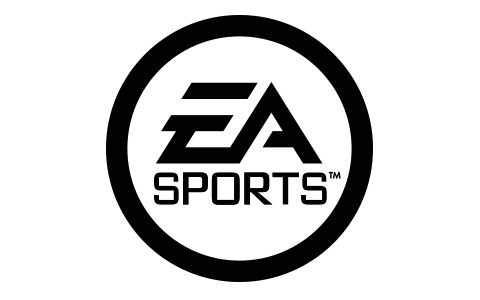 A design document from the dying days of the dearly departed NCAA Football series shows developers struggling to save their ship, and reorienting the franchise around user-generated content in anticipation of the series’ many licensing partners abandoning them.

The document, for what would have been called EA Sports College Football 15, was sent to Polygon by a person familiar with the NCAA series’ final plans. It proposes a suite of player and coach customizations deeper than any seen in an EA Sports title, and it resembles the kind of user-generated content model that has distinguished the WWE 2K and Pro Evolution Soccer franchises. It also sets forth a live-service vision that is today common to the sports video game genre.

Earlier this week, Electronic Arts’ chief executive, Andrew Wilson — who was president of EA Sports when the NCAA Football series was cancelled in 2013 — stirred hopes of a revival. Speaking at a Wall Street Journal technology conference, Wilson acknowledged a new California law that protects the athletic eligibility of players who retain professional agents or are compensated for the use of their name, image, or likeness. He said EA “would jump for the opportunity” to resume development on a college football video game.


The uncompensated (and therefore, unauthorized) use of names, images, and likenesses for thousands of college athletes forced Electronic Arts, the NCAA, and its licensing agency into settlements worth $60 million six years ago. In the course of the lawsuit, the public learned that EA Sports designers had built their games by creating and rating real-life college players, and had then removed their names from the on-disc roster to comply with NCAA eligibility rules. EA Sports also, according to testimony, lobbied the NCAA for an exception to their eligibility rules that would allow college players to approve and even be paid for their appearance in a video game without jeopardizing their eligibility.

After NCAA Football 14 shipped in the summer of 2013, the game’s 20-year-old licensing model was falling apart. Large universities and conferences, scared by the terrible PR of the lawsuits against the NCAA, made a public show of announcing their departure from the NCAA Football video game at the earliest opportunity. The NCAA itself ended its agreements with EA Sports, necessitating the College Football 15 working title. The Big Ten Conference pulled its license from the next game, and then a major Division 1-A school, widely believed to be Ohio State, dropped out.

This ferment helps explain the document Polygon received. In it, EA Sports designers layout a plan for College Football 15 that would have significantly expanded the web-based TeamBuilder application, which players were already using to create teams and rosters and download them to their consoles. The game’s career modes would have intensified their focus on a single-player experience, with role-playing game features like personality traits and attribute perks added to created players and coaches. Developers were even looking to the image-capturing capabilities of the Xbox One’s Kinect 2.0 to allow users to create custom player animations and poses, all of which could be shared with other players.


In player creation, users would have picked from the offensive skill positions (quarterback, running back, wide receiver, and tight end) or any of the defensive units. There was also an “iron man” option allowing two-way play, which many fans undoubtedly would have chosen. Players would have gone through a tryout process to evaluate how good they were at a role and whether they would want to play it.

From there, players would have progressed through a skill tree of specialities that highlighted both on-field abilities and personalities through new animations. “Each position will have multiple Specialty types,” the document says. “These different types are replacing the old ‘Tendency’ system. Each Specialty will have its own skill tree with 3 different types of skill trees.”

Those trees were Gameplay, Off the Field, and Team Work, which improved a player’s in-game skills (faster and more electrifying juke moves were given as an example), overall fitness (conditioning, stamina, and faster progression), and team-based buffs (better offensive line blocking).

“Depending on what position the player is, he will be able to unlock better versions of the abilities he can already do on the field, and new ones,” the document says. “Each Ability will have multiple levels, and each new level has a better animation than the previous skill level.”

EA Tiburon/Electronic Arts
The NCAA Football series was canceled in September 2013 as a lawsuit brought by former college players was settled for $60 million.

Personality customizations were a proposed trait common to both created players and coaches. Players, for example, could choose from archetypes like “Mathlete” or “Coaches’ Favorite,” while coaches could brand themselves as a “Hard ***” or “Old Faithful.” Personalities had attendant buffs and progression bonuses, as well as new animations that, the design document says, the core gameplay team serving both the Madden NFL and NCAA Football franchises was in the process of creating.

Underneath all of this was a customization layer that would have helped users build and import complete versions of existing universities on their own. It was housed in something called the “Yearbook,” where the community would search out other players and coaches, but attached to those creations were things like uniforms, stadiums, and other details. Players would be able to search geographically (for creations located within a radius of a certain ZIP code).

The on-the-record encouragement that EA would have given players would be to create their high schools (even their stadiums) for use in the career mode preamble, where the player character is recruited and signed. But, as with the actual TeamBuilder website, it could also be used to make all of these details for real-life universities, uploading their logos and designing matching uniforms.

A virtual Uniform Store was planned, where players could search for other user creations (giving them a chunk of in-game currency) or buy ones created by EA staff (based, one assumes, on any remaining university licensors aboard). These would have been categorized by featured, sponsored, top-rated, and the like, all surfacing the content users needed to rebuild a college football game for themselves.

Microtransactions, of course, were a component of this scheme — but players could also sell their creations for virtual currency, inviting a kind of barter economy where real money was optional.


What is completely absent from the College Football 15 design document, however, is the word “rosters.” It wasn’t just that the EA Tiburon development team had, in past NCAA Football games, used everything but a player’s name in rendering him for the video game. The studio had also created and facilitated the means for users to edit rosters themselves, giving players their real names, and then share them with others. That’s part of what got EA into the legal trouble that forced the settlement.


Without batch roster files to edit and share, College Football 15 players would have had to individually download players to fill entire teams (upwards of 60 players at the time). Still, assuming there was no limit on the number of players one could share or download, an entire roster still could be crowdsourced from pockets of dedicated fans focusing on particular schools or conferences and hand-editing everyone on a depth chart.

Players of the Pro Evolution Soccer series have long taken this approach in replacing ringer teams to which Konami does not have the license with user-generated authentic teams. The latest edition, eFootball PES 2020, includes a tutorial on how to import these files, after all. The WWE pro wrestling series published by THQ and now 2K Sports has also leaned heavily on user-generated content to provide not only novelty wrestlers but real-life ones that the publisher didn’t sign up for the production. EA Sports’ Fight Night series likewise had user-created fighters, like Floyd Mayweather, who weren’t officially part of the game.

It probably wouldn’t have worked


Where College Football 15 was running into problems, though, is that by 2013, universities had already noticed their trademarks were being shared through the NCAA Football series’ TeamBuilder site. Two from Division 1-AA (none of whom had any licensing agreement with EA Sports) had even asked EA to take their trademarks out of the TeamBuilder user library.

It’s likely that many more would have followed, creating a content policing nightmare for EA and thwarting the ulterior motive of College Football 15’s design document.

Still, it’s all fascinating to consider. If nothing else, it’s proof that the NCAA Football series’ designers were fighting hard for something they loved as much as fans did. It shows a team with a figurative hand tied behind its back trying to create a game that is interesting and desirable. Many of its elements presage the live service that major publishers expect of licensed video games today, particularly sports. And it shows there are developers who, at a moment’s notice, would bring the game back today if given the green light.

Roster File is Polygon’s news and opinion column on the intersection of sports and video games.