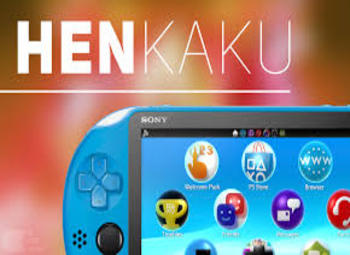 The PlayStation Portable was a modder's wet dream. It was easy to mod and install apps and games, and many people bought one for the sole purpose of modding it. When the PlayStation Vita dropped, plenty of people bought one expecting mods to come out quick, and were disappointed when they didn't. Throughout the various firmwares on the Vita, several mods have surfaced, most requiring an exploit game. These mods were pretty complicated and convoluted, but now there's HENkaku. HENkaku gets it's name from the Japanese word "henkaku", which translates to "upheaval" or "revolution", and HEN, which stands for Homebrew Enabler. HENkaku truly is a revolutionary homebrew enabler, and it's like nothing we've ever seen before. Vita firmware version 3.61 released about a week ago, but those who haven't updated and are still on 3.60 can take full advantage of what HENkaku has to offer.

HENkaku was created by "molecule", a team composed of modders Davee, Proxima, xyz, and YifanLu. It's primarily used for installing homebrew apps and emulators onto your Vita. HENkaku is crazy simple to install, as long as you're on firmware 3.60, all you have to do is visit their website on your Vita's browser and press install. It's that simple. From there you can wirelessly send files from your PC to your Vita by using an FTP. Homebrew apps and emulators come in a .vpk file format, and can be installed simply by selecting them in the MolecularShell bubble, which will appear in your livearea after you install HENkaku.

HENkaku has been getting insane amounts of support lately, with tons of people creating homebrew applications and porting emulators. For example, modder Rinnegatamante has released several impressive homebrew apps for the Vita, including VitaDoom, VitaWolfen, and VitaQuake, which recently got a big update. VitaQuake is a port of Quake for the Vita, and after this recent update, it now supports online play, and there's even a VitaQuake server hosted by the creator. We've also seen tons of emulators, including Neogeo, Game Boy, Super Nintendo Entertainment System, and plenty more, and there's supposedly even a Nintendo 64 emulator in the works. There's also a DS emulator, but it's in the early stages and not many games work yet. You can even make and install themes for your Vita. But by far the most impressive thing I've seen on the Vita yet is a Moonlight port for the Vita, which you can see in action below.

In the video above we can see a gamer using Moonlight to play Mario Kart Wii, and it runs rather well. Moonlight is an open source version of NVIDIA's GameStream, and allows users to stream their PC games to a third party device such as a phone or tablet, and now, thanks to xyz, the Vita. Unfortunately the specs are tight, but if you have a NVIDIA GeForce GTX 600+ series GPU and NVIDIA GeForce Experience 2.1.1 or higher, you're good to go, and can stream your PC to your Vita and play basically everything, as seen in the video above you can even stream emulators. For those of us who don't meet the requirements to use Moonlight, Rinnegatamante has given us VitaPad. VitaPad allows you to wirelessly use your Vita as a controller for your PC, which is the next best thing from Moonlight.

There's still tons of stuff in the works for HENkaku, and it doesn't look like it's slowing down. Many people are still working on new programs for the Vita, from experienced developers to newbies. Lots of users have been asking if HENkaku allows you to run PSP and Vita backups, and the answer is no. Well, currently no. People have been working on it, so it may be something we see in the future. If your Vita is on 3.61, you're out of luck, but if it's under 3.60 then a quick search around the web will teach you how to upgrade to 3.60, the golden firmware. And hey, if you're looking for an in-depth guide on how to install HENkaku and homebrews, I made a guide awhile ago that you can check out here.

Are you currently running HENkaku? Will you be getting a Vita to use it? Let us know in the comments!
About author