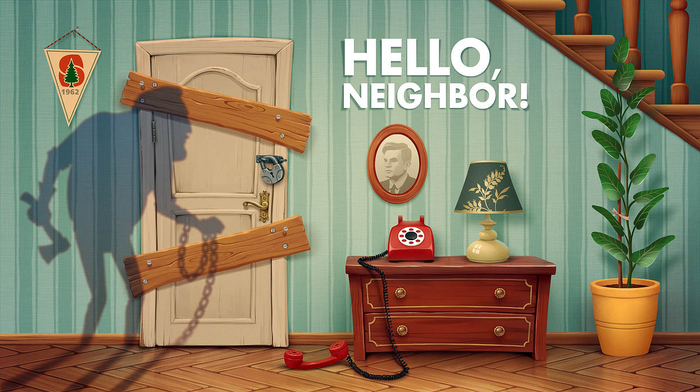 ​
Hello Neighbor is officially coming to Xbox One. We already knew it was bound for PC, but it's now been confirmed for the console, with both versions releasing later this summer.

We're also getting an under-the-hood look at the Neighbor himself, in all his creepy glory. Developer TinyBuild has released a video showcasing the game's AI. In it, the studio explains how the Neighbor changes modes, depending on the threat level, and learns how to intuitively counter your moves. You can check out the video below.

Hello Neighbor debuts on Steam and Xbox One on August 29. The game has you sneaking into your suspicious neighbor's house to find out what he's hiding in his basement. The Neighbor has "advanced self-learning AI that learns from your every move." He sets traps, stalks you, and if he spots you, breaks into a chase.

The game is following an "open development method" and has been in early Alpha since October 2016. TinyBuild has released a total of four alpha builds, the first of which is available for free to everyone. Subsequent updates are available for $25, which also entitles you to a copy of the full game once it launches.

You can play a pre-Alpha demo and Alpha 1 too, both of which are available for free on the game's website.