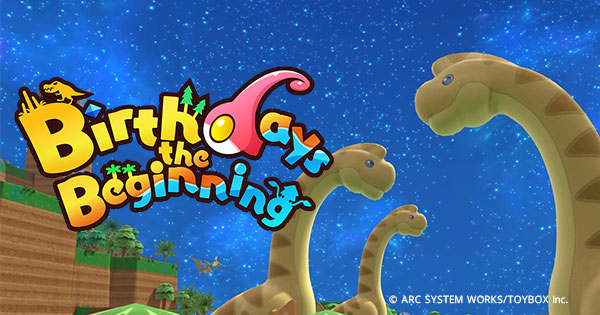 Birthdays the Beginning is the newest game by the legendary Japanese developer Yasuhiro Wada--the father of the iconic Harvest Moon series. His latest project is a vibrant, charming god game that focuses on simple, easy-to-understand mechanics.

In the game, you create a cube-shaped world on a grid, manipulating its temperature by adjusting the topography of the land. This gives rise to a diverse array of creatures ranging from single-celled organisms to dinosaurs, which you can document in a findings catalog as you slowly shape the world you wish to create.

The game is divided between two modes: Build mode and Macro mode. In Build mode, you shape the world's geography, forming mountains, valleys, and more. After that, you switch to Macro mode, where you advance the passage of time to accelerate the birthing process of lifeforms. You constantly switch between these two modes as you play, adapting the environment to the changes that occur as time progresses and new life grows.

Birthdays seems like a straightforward god game at first, but it's actually a complex environment simulator. If you hope to spawn and document the hundreds of life forms available, you need to fully understand how to manipulate the geography and temperature. For a closer look at how Birthdays plays, check out the trailer below.

We recently got the chance to talk to Wada about Birthdays, discussing how its development came about, his love for god games, and his thoughts on the legacy of Harvest Moon.

GameSpot: Birthdays seems like a very different game from Harvest Moon. What drove you to create it? Where did the idea come from?

Yasuhiro Wada: As a child I was fascinated by space and, by extension, planets. From there, I asked myself: "How is life born on a planet?" That childhood curiosity played a part in forming the idea behind Birthdays.

Birthdays was also heavily inspired by the Japanese children's manga and anime character Doraemon. In that series, its titular character had a tool called the Genesis Set, which allows anybody to create their own miniature Earth. It starts off with gas, and then you can see the magma, and from there, you can slowly see the creatures come to life.

When I was reading that chapter in the manga, I was so excited to see how Nobita--the main character--was going to enter that planet he created. Unfortunately, the series' two bully characters decided to mess things up before Nobita could do anything, so you don't actually get to see him enter the planet he created.

The fact that Nobita couldn't enter his planet stayed with me to this day, and as I got older and started to make games, I wanted to somehow recreate Doraemon's Earth creator tool and finish that old story, in a way, by creating Birthdays.

But you mentioned that Birthdays is a little different from Harvest Moon; it actually isn't. Both deal with creation in their own distinct ways. Let's just say we zoomed in on the world we create in Birthdays further than what you're actually capable of. What you'd see there--that would be Harvest Moon. From that perspective, you'd be zoomed in on a farmer's daily life, but with Birthdays you're zoomed out, creating things on a bigger scale. It's the same thing.

The god game genre is one that's traditionally dominated by Western studios. What's it like coming to the genre as a Japanese developer, especially one who's had a lot of experience creating simulator games?

Growing up, I always liked playing simulator games, such as SimEarth or SimCity or Populous. I really, really liked these games, but when people watched me play, they'd say, "This game looks complex and hard to pick up." That drove me to want to give people the same experience but with an easier learning curve. With that in mind, I wanted to make Birthdays easy to pick up, easy to play, and easy to learn for anybody. The game looks very cute and seems very simple, but at its core, it's actually a very complex environment simulator.

Have you chatted with Western developers who've created this sort of game in the past, like Peter Molyneux or Will Wright?

I have met Peter Molyneux, and I was able to chat with him, but it was nothing concerning Birthdays. It was moreso a star-struck fan meeting an idol of theirs for the first time than a discussion concerning development. It's really rare to get an opportunity to talk with other developers about creating games. That stuff happens more at an internal level with my team. I have members working on completely different aspects of the game, so we talk to each other and sometimes provide each other with information that we would never have thought of on our own. 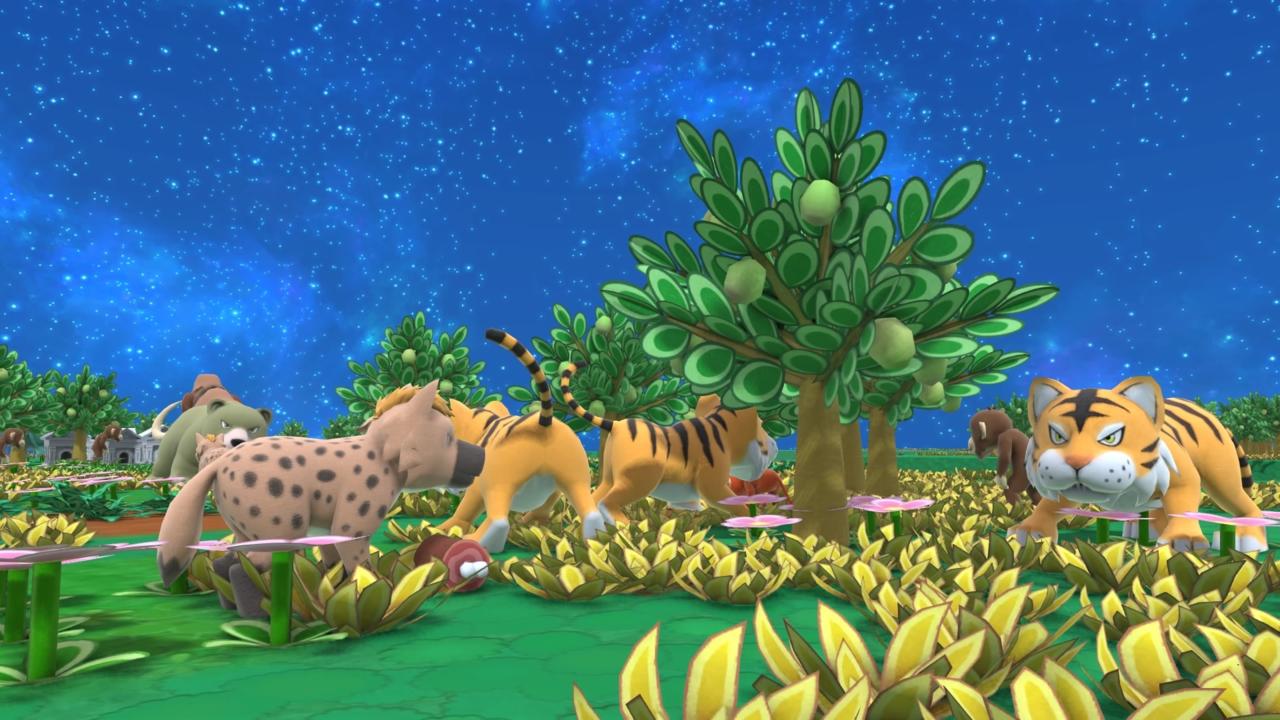 ​
There tend to be a simulation elements in the games you've developed. What is it about this design framework that makes it come up so often in your work?

I always want to create games with unique concepts. In a way, that's part of why I keep creating simulation games.

Your games tend to feel very meditative as well. Is this a tone you strive for, or is it more just coincidence?

It's more coincidence for me than trying to deliberately make a game feel meditative or relaxing. But I do want people to have fun; this is what I think about all the time.

Harvest Moon sometimes felt like it had a message to it reminding us to return to and appreciate nature. Do you think Birthdays has a particular message?

With this game and my other games, I don't necessarily create them to send out a message. The basis for my games has always been entertainment. I want my games to be fun and to leave a lasting impression. There are some messages to be had in Birthdays: when there's more green in your cube, it lowers the temperature and evokes how the greenhouse effect works. When people cut down the rain forest, global warming happens.

There are subtle messages like that, but I never try to go out of my way to send out a message to all the world. My games simply have information that I think is beneficial for people. But it's not necessarily something I forcibly push out to the user. I don't want them to think; I want them to feel. If it comes across naturally, it's much better than there being an explicit message.

You must be getting this quite often nowadays, but as the father of Harvest Moon, what are your thoughts on Stardew Valley? Do you find it humbling that such a game exists?

I actually met Eric Barone recently; I told him I was very happy. Instead of Harvest Moon being forgotten, it has become powered up and it has gotten even better. It's still living on, even though I'm not working on it anymore. I'm really happy that's happening.

The first version of Harvest Moon had the biggest map grid out of all the games, and provided the most freedom to players. As the games got newer, the grids we were working with got smaller and smaller, reducing the freedom you had. I'm not saying this is bad, but the series had evolved in a different direction. There were more characters, the animation got better, the graphics got better, et cetera. But the freedom of the series decreased as those improvements were made. After seeing Stardew Valley, I feel that it carries on the legacy of the original Harvest Moon very well because of the freedom you have in it.

Do you ever find yourself still yearning to make another Harvest Moon or farming game? After making so many, do you still have ideas for the genre that you're excited to get out there?

I see Harvest Moon more as my child now; it's all grown up. It's married, it started a family, and it's doing its own thing now. I'm curious as to how it's going to do from here on out, but I don't feel the need to get involved with the series anymore.

Birthdays the Beginning is set to launch on PS4 and PC on March 7, 2017