Hardcore Henry: The Most Relentless Film I've Seen in Years 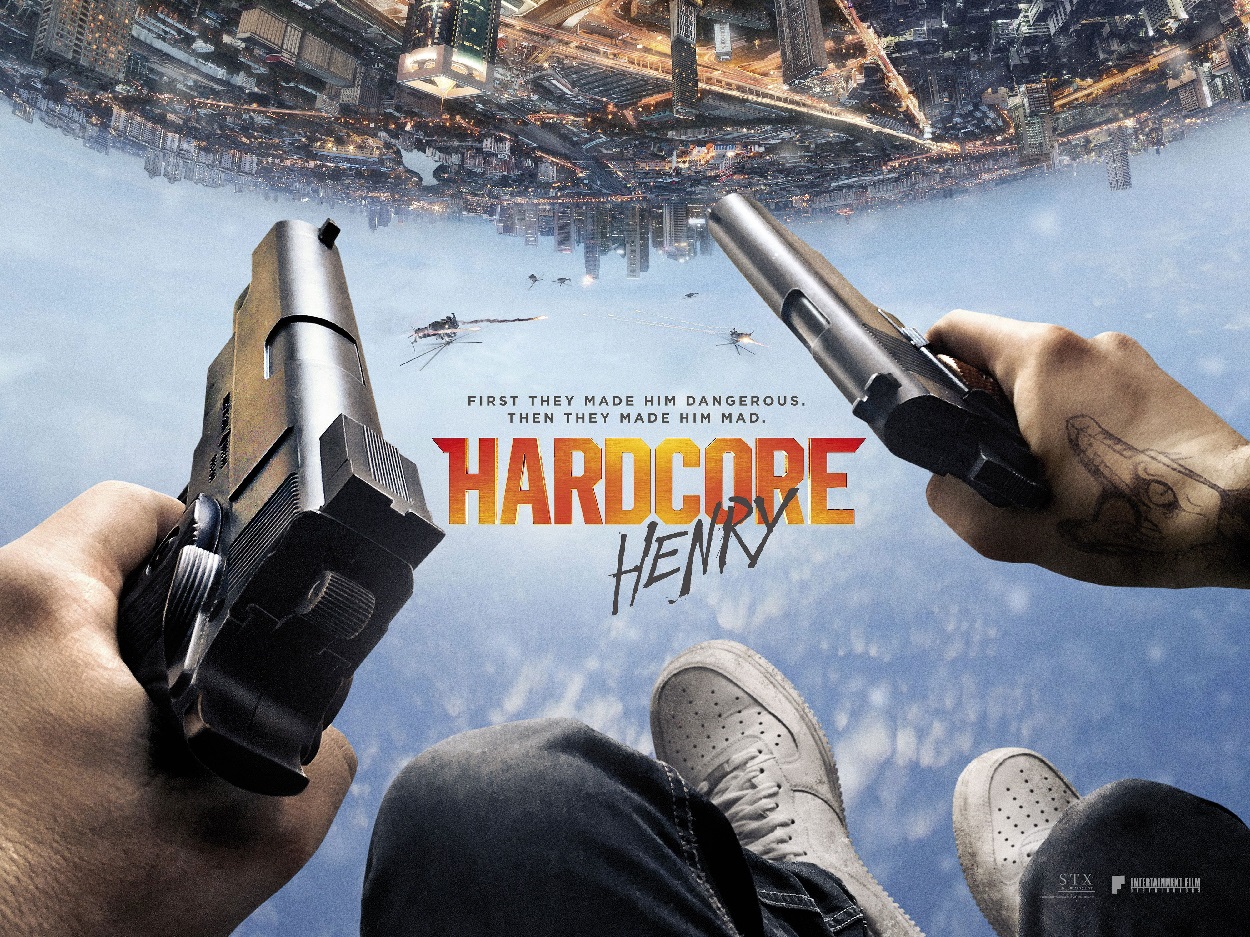 Note: This movie is ridiculously violent.
Back in September, I went to the Toronto International Film Festival, and there was a lot of hype surrounding one film entitled Hardcore. I had no idea what it was, so I went and had myself a look at the movie. Coming out, I realized that I had never seen a movie quite like this one, a relentless and incredibly intense experience full of brilliant stunt work and surprisingly convincing visuals for its measly $10 million budget, but I wasn't sure how sold I was on it. A few days ago, I went to see the movie again, now entitled Hardcore Henry, and I had an absolute blast with it. It is a completely mindless and simple film, definitely not one of depth, but I didn't really care. While I usually love character-driven dramas, I knew exactly what I was going into this time and I loved the experience. Empty-headed and short on emotional punch, Hardcore Henry acknowledges these shortcomings without making any effort to fix them, but delivers absolutely to its intended audience.

For those of you who don't know, Hardcore Henry is a film that is shot entirely in first-person perspective. It's about a man who dies and is brought back to life by his wife in cyborg form. She is promptly kidnapped, and he goes to find and rescue her. Oh, and everybody wants to kill him. There's your plot. That's really it, you guys. The script to this movie is so thin I can't even comprehend it.

There is obvious homage to first-person shooters everywhere within this film, and it's definitely not structured to look like anything happening on screen is realistic. There is definitely no sort of cerebral experience to this film, other than occasionally wondering, "How did they get that shot?" The action starts immediately, and it never slows down from there. It is incredibly impressive and very intense, with loud sounds and saturated visuals occupying the screen at all times. While it seems like this could get old and redundant pretty fast, the movie knows its own mindlessness and stops the movie at a mere 90 minutes. Hardcore Henry definitely doesn't overstay its welcome and makes sure to pull out all of the action set-pieces in an efficient and exciting manner. The gimmick doesn't get old because the movie doesn't go on for long enough for it to become old. It feels like a Call of Duty mission with minimal plot and minimal dialogue, with just exciting and involving gameplay occupying your senses. Hardcore Henry manages to achieve this same feeling of audience inclusion, feeling just like a video game for 90 minutes. While this has been brought up as a criticism for such films as Act of Valor and Battle: Los Angeles, this is the best compliment I could give this movie, because that's exactly what it's going for. While the former two films try to be somewhat serious, Hardcore Henry really doesn't have any capacity to care for silly things like plot and character development, and only exists to blow your mind.

Some people have brought up the fact that the idea of a first-person action movie isn't really anything special, and have wondered why this hasn't been done countless times before. A first-person movie is something extremely difficult to achieve, mainly because a story has to be presented in real-time and also be filled with one-shot takes, which are extremely difficult to achieve if they go on for long enough. One-shot takes are just very long shots, and some of them are very intricate and involved and require endless amounts of cues and memorization. A lot of work goes into achieving such takes, and if you've ever seen Birdman or Victoria, you know exactly what I'm talking about. Throwing a lot of action and special effects into the mix of one-shot takes and you have a movie that's very difficult to construct. This movie would be nearly impossible to shoot in one single take, so the filmmakers have to find a way to make cuts in such a way that the viewer won't notice, and this is also very difficult to achieve in a manner that doesn't insult the intelligence of the audience. For example, to bring up Birdman again, there are shots that pan into the sun, or that pan into an area of total darkness. The shot is cut the exact moment only a solid colour is visible, everything is staged again, and the shot is resumed in the exact spot in which it was cut. Hardcore Henry does this often, where the protagonist runs through some smoke or enters a dark area. Occasionally, his HUD glitches out and becomes fuzzy, and these were certainly used to employ cuts. This is probably the best way to introduce these cuts, because they don't pander to the audience and they make sense within the film's context. They aren't used often and aren't particularly frustrating, like they can be in some "found-footage" films.

This is still an experimental film, however, and there are some bizarre artistic choices that are employed within. For example, there is a staggeringly out-of-place musical number and there are some strange soundtrack choices that I didn't necessarily agree with. While most of the soundtrack is pretty good, there are definitely a few songs that didn't belong and noticeably stood out. Some of the action is also a little hard to follow because the camera shakes quite a bit and is incredibly nonstop and dynamic with its movements, which I like to call the Cloverfield effect. If you have nausea or vertigo, there's a good chance you're going to vomit. This is certainly understandable because it's entirely in first-person and therefore has to be shot with a handheld camera, but just know going in that it's a little jarring at times, especially when Henry jumps onto something with a lot of force. The camera heavily shakes, and everything becomes out-of-focus for a very temporary amount of time.

The stunt work in this movie is incredible. Another large issue with first-person action is the fact that green screens and artificial environments have to go out the window. When you immerse the audience into an environment so much that you, in effect, make them the protagonist, everything has to be as real as possible, and the stunt team behind this movie pulls this off flawlessly. There is some really amazing parkour and stuntwork here, with people leaping from insane heights and some very realistic-looking fight scenes, this movie is a technical marvel. Its fight choreography is so profoundly thorough and is given so much effort that it is unbelievably impressive to witness. Some of these fights look like they are actually happening; I wouldn't be surprised if a few people really did get punched while filming these scenes. I have a lot of respect for any stunt team willing to pull off something like this, and these realistic fight scenes add a lot to this movie. This is what the entire movie is billed as, after all.

The movie is surprisingly self-referential and often pokes fun at itself, fully aware of exactly what it is. I can certainly respect a movie that is mature enough to know that it is juvenile and appeals to only a certain demographic, and balancing on that tightrope between mature self-realization and a puerile plot and story is a difficult one to stay on top of, but Hardcore Henry manages to balance this out well enough to prevent itself from becoming some forgettable action romp that squanders its brilliant idea.

I can't safely say that a measuring device like Rotten Tomatoes can accurately gauge the quality of this movie, because it's going to be very polarizing. Some people are going to despise it because of how openly juvenile and silly it is, but others are going to embrace this and simply enjoy the ride. Neither side is necessarily correct and it will all depend on you, but I can safely say I enjoyed the mindless experience this movie gave me. If you're looking for some cerebral experience, you're going to be disappointed, but I am definitely speaking to nobody with that sentence, since nobody is going into this one looking for a profound character study. It's relentless, it's intense, it's stupid, it's funny, it's groundbreaking, it's Hardcore Henry.