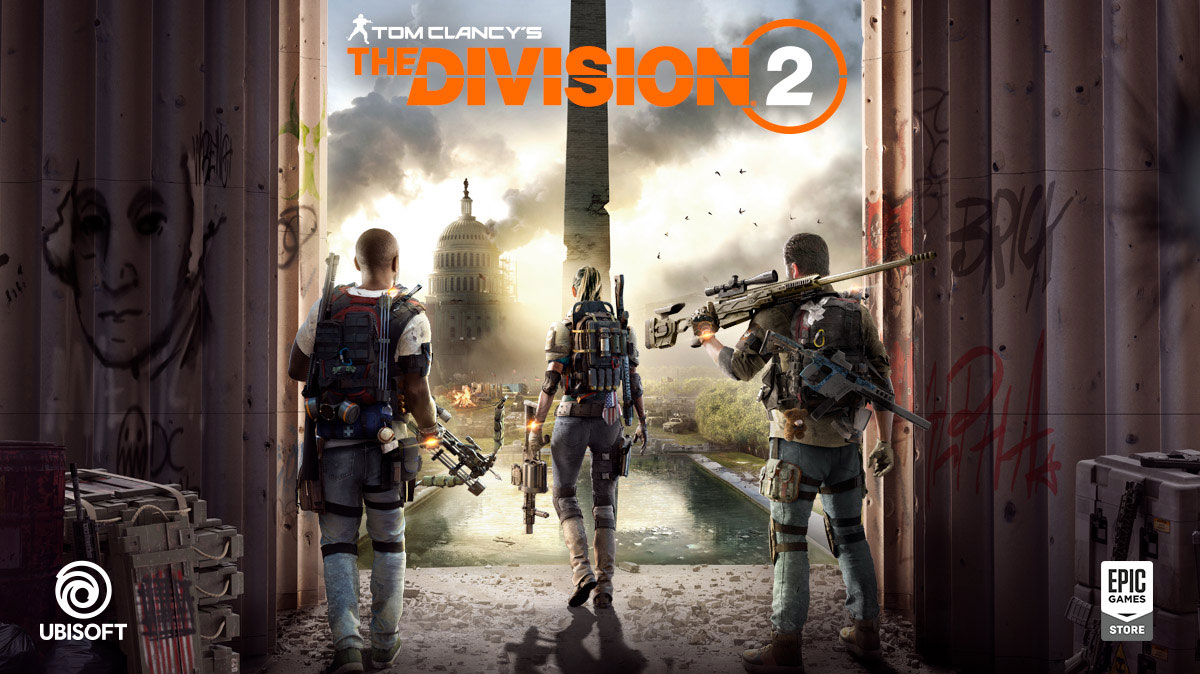 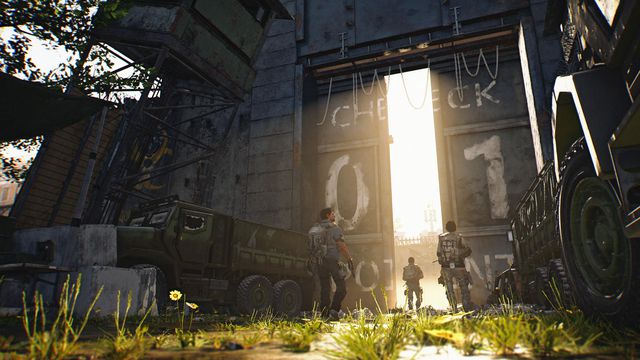 Regarding my first PvP kill in the Dark Zone in Tom Clancy’s The Division 2: Yeah, it was dirty. Yeah, it was cheap. But it wasn’t my fault.

Now, yes, I did totally shoot the guy, point blank and unprovoked. That’s on me. We had just come up on his team and helped them clear out some AI vermin from a small park near the Capitol. But one of my teammates decided to go, Rogue, by holding down the Share button, and that took the rest of the group Rogue with him. At that point, I have a skull over my head and it’s you-or-me time. I had to shoot you, my dude.

Tony Sturtzel, a senior producer for Ubisoft’s Red Storm Entertainment, chuckled at my dog-ate-the-homework excuses when he asked me how my time in the Dark Zone went after a hands-on preview last month. Mainly, Sturtzel seemed relieved when I said I had a good time there — and a better time than in the more traditional multiplayer we also tested out.

The first Division, made by Ubisoft’s Massive Entertainment in cooperation with Red Storm, took about six months to find its footing after its March 2016 launch. One of the most vexing issues, lasting even longer, was balancing the Dark Zone. The Division is a loot shooter like Destiny; that’s how the newest series under the Tom Clancy name fits in among the brand’s longer-running tactical and stealth offerings. The Dark Zone was supposed to feed that farming urge, but early on the risks seemed to far outweigh the rewards — mainly in the form of surprise attacks coming from other players hanging out near the loot extraction points and entrances. Massive and Red Storm wrestled with making the Dark Zone of New York City into something still accessible to players who were just there for the loot, without sacrificing much of the challenge that hardcore PvP players expected and enjoyed.


“The post-launch of The Division absolutely informed the decisions we made with Division 2. In fact, some of the mechanics were tested outright in The Division, as a test bed,” Sturtzel said. The toggle button to go, Rogue, that was one of the later changes, coming as “Rogue 2.0” in September 2017. “That was a very controversial decision because we were taking the advantage away from Rogue players,” Sturtzel said. Under the old system, PvP in the Dark Zone was initiated by opening fire; you could empty half a clip into the other guy before he knew you were hostile.

Some cheered the toggle, now feeling free to go in search of loot and not be continually frustrated trying to get it extracted. Others called it the death of the mode, or at least a strong disincentive to ever initiate PvP. But in what I played last month of Tom Clancy’s The Division 2, that toggle, plus several other assists and quality-of-life changes, made the Dark Zone something to look forward to, not fear. The Division 2 may not feel starkly different from The Division, but a more accessible Dark Zone — three of them, actually — should make it feel like a bigger game with more to do, even if you’re a risk-averse lone wolf of a player.

“In the first game, a lot of those same ingredients were there, and a lot of those same player stories exist,” Sturtzel said when I told him about other encounters I’d had. “This time around, we wanted to flesh them all out, in their own directions. So everything gets embellished, gets a little bit more depth, gets a little more signs and feedback.”


In The Division 2, the inaugural visit to each Dark Zone, alone or accompanied, is a private PvE-only event that tasks the players with exploring and mapping the area, bringing a safe house back online, finding an extraction point and hoisting their first loot out of there, leavened by some introductory combat with the AI. The onboarding familiarized me with the essential locations and paths to them and let me know every trip to the Dark Zone wasn’t an immediate brush with high-level AI foes and certain death. That happened to me in The Division and it was very off-putting; I didn’t return until I was level 20.

After the familiarization, landmark areas felt less like places to avoid or be cautious around and more like opportunities, the same way I’d look at my single-player map and see what was in the area to do. There’s a new call-out on the map, differentiating normal difficulty (solo-able) from harder ones (better as a team). “It’s that much more vindicating when you manage to clear landmarks solo,” Sturtzel offered.

The introductory mission of the Dark Zone East in Tom Clancy’s The Division 2.

I was playing a maxed-out, level 30 avatar to see the full range of abilities and perks. That didn’t make me superpowered against human opponents. The Division 2 will level weapon statistics among all human players in the Dark Zone, to make for a fairer fight in there. In The Division, players who had ranked up and acquired top-flight gear had an immediate and often insurmountable advantage before a firefight even began.

“An important goal for us was to make sure that progression doesn’t negatively impact fair play,” Terry Spier, Red Storm’s creative director, said in a presentation before our playthrough. “You had players with thousands of hours [in the game] and quite frankly, they had an advantage over a casual player who wanted to step in and enjoy the dynamic nature of the Dark Zone. So by normalizing the Dark Zone, we give everyone an opportunity to enjoy it.”

Spier added that developers will respect the role-playing choices of how players build their weapon loadout and gear sets. That said, in my hands-on, I hadn’t grown attached to my character or any of her gear, so how this normalization of weapon stats would nerf my go-to weapon would not have been apparent to me. Levelling the weapons did seem to take some of the bullet-sponginess out of human-on-human combat, though.

“We really want to make sure the Dark Zone is an even playing field for players and remove some of that intimidation that the Dark Zone has,” Spier said. “Our goal is to make it more about player skill. An important element for us to make sure that progression doesn’t negatively impact their play and that was often the case in the original game.”

Weapon stats can be viewed in a menu, so the player has an understanding of what is being done to their gear for PvP. But for those who do want the old, no-holds-barred Dark Zone experience, after the end of the game’s campaign, one of the Dark Zones will become “occupied.” In an occupied Dark Zone, friendly fire is on at all times, there is no weapon normalization, and there are no icons over other players calling them out if they’ve gone Rogue. We didn’t play an occupied Dark Zone, for the record.


We played in Dark Zone East (around the game’s version of Union Station) and Dark Zone South (the Potomac waterfront). There’s a Dark Zone West which is more residential, so, Georgetown. East, which was a military control point in The Division 2’s backstory, was set up with larger, more open spaces and longer sight lines, bringing marksman rifles and throwables into play. South had more interiors, denser street features, and more close-quarters combat for shotguns and submachine guns. West, we were told, is a blend of the two.

In all areas, taking and maintaining cover was a must; standing up out of cover was never a good idea in The Division but the instant effect of a Medkit could compensate for sloppy play. In The Division 2, when a player needs to recover, an armour kit is used by holding right on the directional pad, a process that can take a good three or four seconds if you’re really low. Nothing else can be done while this regeneration is going on, and it can be interrupted by an attack. Armour and health are shown as separate bars (with armour’s bar segmented), and armour wearing out first. (The differentiation of armour and health bars is a lot more subtle in The Division.) Get caught out by a flanker or stranded in the open and no number of armour kits can save you. 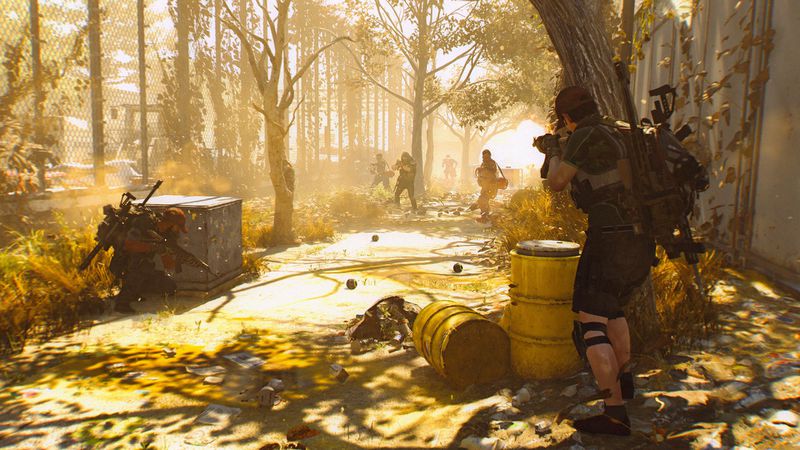 The cover also didn’t seem as sticky, speaking as someone who usually breaks cover with a stick move instead of pressing A. Movement, particularly mantling over low cover, was faster and more evasive. There’s now a menu option to auto-mantle cover if you’re running toward it; I found it helpful, but those instinctively holding the B button as they run may not.

The most exciting time in the Dark Zone for me was the one with the least shots fired. Another unit had ascended to Rogue’s top status, triggering a manhunt and their race to a terminal to clear their status. This also is a feature of the Rogue 2.0 changes implemented in 2017 for The Division. To this, The Division 2 will also add the ability to rob supply drops (instead of using Dark Zone keys to open them) giving players a way to go Rogue without shooting someone in the face. “Maybe you don’t like attacking players and stealing their loot,” Spier said. “So, fine. Attack the Dark Zone. Steal from the Dark Zone. Now there are PvE actions in the Rogue loop.”

Several small assists and quality-of-life changes make the Dark Zone something to look forward to, not dread

We also got a taste of the more traditional PvP combat, in Skirmish (a team deathmatch that was introduced in December 2017) and Domination, a new capture-and-control team mode where players try to hold three points. PvP multiplayer placed a greater emphasis on an agent’s special skills, particularly the pulse locator, which now can be thrown like a grenade instead of being centred on the player. A flying drone joins the game as a kind of airborne turret and can be commanded to either seek out targets or to attack anyone attacking the player. (A bumper command can also specifically attack a targeted enemy.) Riot shields were especially durable and useful.

Skill-based matchmaking will pair off combatants in PvP (and, relatedly, Sturtzel said the Dark Zone will try to shuttle solo players into worlds with more solo players than groups). PvP will be supported by its own progression track, Spier said and will feature clans, which the Division community has been requesting for a long time. This will be supported by social tools like chat and direct messaging, as well as clan-specific leaderboards where members may compete against one another. 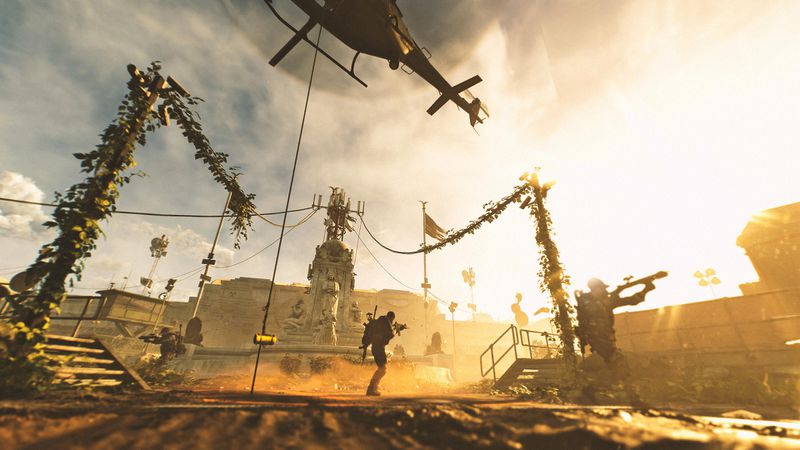 When The Division 2 was first shown off at E3 2018, an early word coming back was that it felt like a refinement, or a continuation of what worked in The Division, more than anything new or groundbreaking. After three hours in the Dark Zones and more traditional PvP matches, the multiplayer has the same ring to it. But it does strengthen the Dark Zone’s appeal and make it more of a desirable destination for emergent mayhem and a chance to broaden a character’s range of experiences — as well as that good, good loot.

“That’s part of why we’re being so loud with the messaging about the fact that there’s something for everyone” in the Dark Zone, Sturtzel said. “It’s the idea that you are going to have a different story every single night when you play. You might be engaging in some PvE activity and turn the corner and run into a faction fight, and you’re watching the AI fight each other, and you don’t realize that some other players have come up behind you. And that changes the course of whatever plan you had for the night.”

Tom Clancy’s The Division 2 launches March 15 for PlayStation 4, Windows PC, and Xbox One. A private beta for those who pre-order the game will run Feb. 7-10 on all platforms.