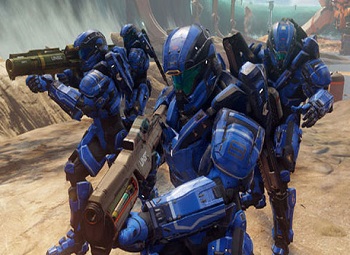 ESPN's recent interest in competitive gaming has caught the attention of both its fanbase and the gaming community. After devoting a sizable portion of their site to eSports and starting a branch of legitimate reporting on the subject, the sports giant has taken an enormous leap and decided to feature the Halo World Championship during X Games Aspen 2016. Although it won't alter points or change placements for regional finals, ESPN will offer coverage of the event. Footage of gameplay and the competition will be featured in the X Games telecast, a first for the network.

From January 28-31, eight teams (six of them American, one German, the other British) will compete in group play that will conclude in a single-elimination bracket-style tournament at what is known as "The Gaming Shack." Potential prizes include some medals and $30,000 in prize money.

Even as its own separate entity that doesn't count towards the final outcome, eSports finding their way into the X Games is a giant step for the gaming community. It holds several implications regarding just how far sports networks will be willing to run with competitive gaming, perhaps seeing the potential of a fully fresh and tangible market.

The event will be streamed on ESPN's streaming service, as well as on Twitch from January 28-31. More scheduling information can be found here.