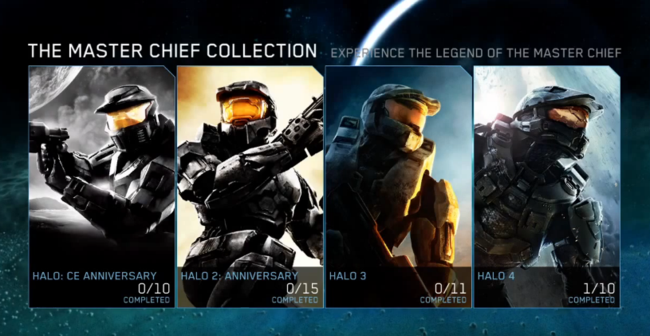 As we are getting closer to the release of Halo: The Master Chief Collection, 343 Industries keeps our interest peaked by constantly releasing news and teasers for us to enjoy. The latest video covers their new leaderboard system for the campaign missions. Senior Game Designer Max Szlagor explains the new features and shows in detail how they have planned to keep players coming back to replay the campaign missions over and over again by broadcasting your score and speed run times to all your friends.

As seen in the video, the top five performers from your friends list will be displayed for every level and using the built-in rival feature, you can attempt to beat any player’s score or speed run time while the new HUD elements display your progress against your opponent’s. If you want to boost your score to make sure to keep the competition behind, you can add multipliers, the familiar Skulls and up the difficulty.

MCC comes with 400 Achievements that are organized within the menus to allow you to select the achievement you want to focus on and jump right in to a ready set up session. Not to forget, the game will be running in 1080p and 60fps, feature all 4 game's original multiplayer on dedicated servers with revamped maps. Other nice features deserving a mention are the Halo Channel which is the new app you can run alongside while playing, the Forge, Halo: Nightfall and access to the Halo 5 multiplayer beta.

The resolution in Halo 2 is set at the not very usual 1328x1080, this is what producer Dan Ayoub has to say on the matter:

"The campaign of Halo 2: Anniversary looked fantastic at 720p with the level of detail and clarity it gave us, but like every other aspect of the game and tech, we wanted to push it further. So in the last weeks of development, our teams were able to meet a stretch goal and the campaign of Halo 2: Anniversary now runs 60 fps at a crisp resolution of 1328×1080, which is a significant and meaningful boost in image quality we think fans are really going to appreciate.

All of the other games across the entire package of The Master Chief Collection run 60 fps at 1920×1080 native."

Halo: The Master Chief Collection hits Xbox One on November 11.

Are you ready to set some records? What do you think of these new features?