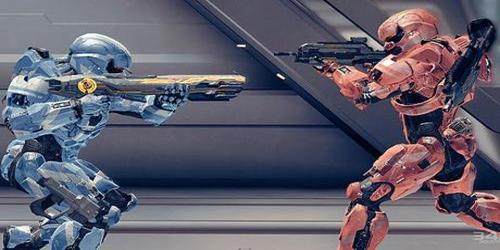 Bullets resonate throughout the expanse of the battlefield, witnessing the spectacle of hapless Grunts dieing one by one until, by miraculous chance, a Sticky Grenade gracefully slides through the air, dodging a hellstorm of bullets and an obstacle course of trees, cover, and dead combatants until it smacks an oblivious Grunt right in the face. A gorgeous kill is added to the count, but, unlike Halo 3, you will unfortunately be unable to record the feat. You heard right: Theatre Mode will be absent in Halo 4's campaign and Spartan Ops. While being a mainstay in the title's multiplayer, Halo 4 surprisingly loses a functionality which has been an essential in Halo games since Halo 3 for the most part. Although this certainly may not have most Halo fans to oscillate their love for the franchise, it may come as disappointment to some.

Jessica Shea, a community manager over at 343 Industries, seemed fervent in her backing up of 343 Industries scratching out Theatre Mode for initial release by stating that "Theater Mode in Campaign did not make the cut for launch for various reasons of scheduling, rendering issues and some significant engine changes. However, we are treating Title Updates very differently for Halo 4 and rather than simply using them as opportunities for simple big fixes, we are thinking of them as a way to sustain and grow features and options, so it is possible you could see Saved Films made available for Campaign (as well as some other significant features) at some time in the not-too-distant future, but that's yet to be determined."

Alas, in the fray of deadlines and scheduling did Theatre mode meet a grim fate, but, if Shea's words are true, we may be recompensed later during Halo 4's lifetime through Title Updates. Title Updates in the Halo franchise thus far have been notoriously disappointing until 343 Industries took the reigns of Halo Reach after Bungie's departure. Alongside these Title Updates may also come a clan system, a grace that has been absolutely non-existent since Halo 2.

Social interactivity in the Halo franchise is poor at best. Though some might claim Halo Waypoint does relieve some of the burden of such a lack, it assuringly puts the Halo franchise in the dirt in comparison to its rival, Call of Duty. Despite knowing that the landmark core feature that has been missing since the days of Halo 2, 343 Industries has blatantly left any blueprints of the construct out of Halo 4. Shea declares that 343 Industries will improve the player experience and social experience of Halo 4, but never really does point out specific additions for Halo 4's social contingency and longevity. As of now, clans in Halo 4 are a possibility at best.

In short, Halo 4 will still hold all other staples whilst providing players with a continuation of a story stretching throughout a plethora of games, books, comics, and videos. Multiplayer will be revolutionized and further developed in an effort to impress Halo fans of all factions alongside boasting Spartan Ops, a new addition to the franchise. Although a missing functionality for Theatre Mode may not be present, it isn't something to seriously fret over.