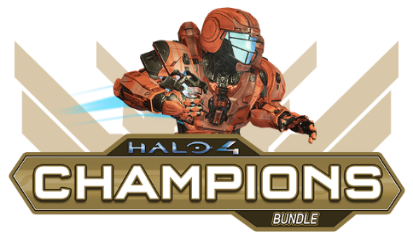 Halo 4's next add-on content titled, Champions Bundle, arrives on August 20th. The DLC will feature new maps and items. Each pack can be purchased separately or all together at once. The 800 Microsoft Points ($10) package will contain three elements:


​
​
Apart from the packs, the Champions downloadable content includes new stances for the player card and new armor mods: Survivor which throws you out from an exploding vehicle safely and recharge, which fastens the speed of your shield regeneration.​
​
As for the Ricochet game type, here is an explanation:​
​
The objective of the game is to protect your team's goal, while scoring in the opposing team's goal, either by throwing or running the ball into the goal. Throwing the ball into the goal rewards you with 20 points while as running the ball into the goal earns you 50 points. For a look on the gametype, check this video.​
​
Also make sure to check out BamHawk's thread for a more in depth look on the new armor and weapon skins coming to Halo 4, this can be found here.​