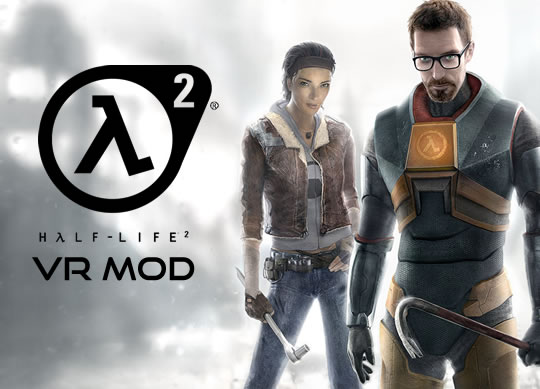 Whether experiencing Half-Life 2 in full virtual reality sounds terrifying or terrific to you, you may soon get your chance find out. A group of modders have remastered the game in VR, and the developers are asking fans to click 'yes' on their Steam Greenlight campaign to get it into the digital store.

In the new trailer below, you can see the mod in action. In an article on Road To VR, the developers promise full motion controller support, a 3D GUI made for VR, realistic weapon interactions, and updated effects, textures, models, and maps.

The mod was first developed and released in 2013, with a motion-controller capabilities via the Razer Hydra, but it soon became unplayable as VR technology advanced. Now that same team says the VR remaster been resurrected for Oculus Rift and HTC Vive.

"While Valve had added support for the Rift development kits to their Source engine, as the software that the headsets relied on advanced over time, Valve didn’t update the Source implementation, leading to the present situation which is that the mod can’t be played on anything but old development kit headsets," reads the article.

"After several years of the mod in dormancy, members of the original mod, with some new help, have devised a method to make the mod work with the latest Rift and Vive."