H1Z1 Had a Horrible Launch, and Sony Tries to Make up for It via a Refund 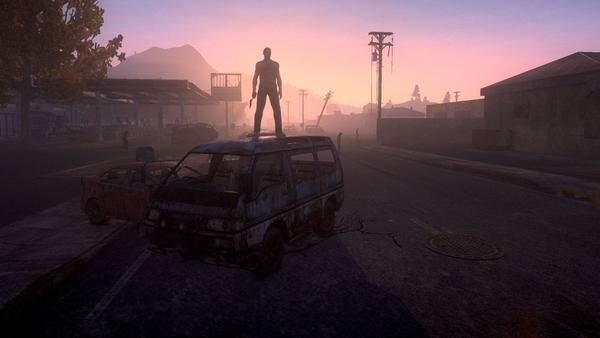 Last year was not great in terms of video game releases. Unfortunately, 2015 is already off to a bad start with H1Z1, a highly anticipated zombie survival game by SOE, having a catastrophic launch.

The game is in “Early Access”, so it is unfair to expect a perfect game at launch. However, H1Z1 wasn’t just imperfect, it was completely unplayable. Sony planned for the game to have a big promotional launch by having a handful of twitch players debut H1Z1 on their channels. This marketing scheme was already off to a bad start when the game had to be delayed by two hours. Once the game finally launched, there were tens of thousands of people patiently waiting to see some gameplay. This didn’t last long though, because none of the streamers were able to play the game.

Most of the people who bought the game Thursday night were unable to log into any of the servers. Sony quickly scrambled to try to fix the issue, but it was caused by 200+ servers experiencing hardware issues which is not an easy fix. It took roughly ten hours for Sony to get the game in even a semi-working state. By then many of the streamers who planned to promote the game gave up on it, which tremendously hurt the big promotional launch Sony had planned.

Even with the quick fix, there are still a lot of technical issues with the game. A large portion of servers still have issues, which meant working servers were getting flooded with players and had unreasonable wait times. There have also been numerous reports of client-side crashes while waiting to join a server, which makes joining a server next to impossible.

The technical issues have presented to make the game’s launch quite disastrous, but this may be the least of Sony’s problems in the long run. One of the most appealing features of H1Z1 is the free-to-play model it promised. There were many times when Sony told fans the game would have no “pay-to-win” microtransaction. In fact, one of the developers even admitted “ it would suck in our opinion if we did that,” when talking about purchasing items such as guns or food. It looks like this was all just a bunch of lies, because the game features microtransactions that give players loot from airdrops.

​
To be fair, even if you pay to call in an airdrop you aren’t guaranteed to get anything. This does make this mechanic much less “pay-to-win” than some people may think, but I’m not sure if that’s a great way to implement microtransactions in the first place. H1Z1 developer also did explain that they have alluded to the airdrop system before, so he believes it’s unfair to call it a lie.

Whether it was a lie or just a case of miscommunication, it is still unfair to consumers who bought a game under false pretenses that were told by the developers. Sony recognizes this, and attempts to make things right by offering players a refund directly through them. Sony is also working with Valve to try to get a self refund system in place.

While the refund doesn’t fix any of the technical issues, it does cater to those who felt they were lied to. Whether that makes Sony’s wrongdoings any better is up for debate, but this whole experience can definitely be something to learn from. This showcases one of the many reasons games shouldn’t have huge promotional launches when they aren’t close to being finished. At the same time, players should be extra careful when pre-ordering any game, especially if it is an “Early Access” title.