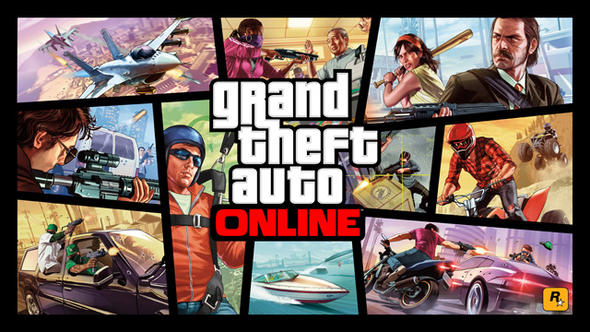 The Southern San Andreas Super Sports Series rolls on in Grand Theft Auto V. This week's update doesn't introduce any new modes or vehicles, but it does feature an assortment of bonuses and discounts, which are available now in GTA Online on PS4, Xbox One, and PC.

Players have a variety of options for racking up GTA$ and XP this week. First, Smuggler's Run Sell Missions are offering double the normal amount of each through April 30. Additionally, Stockpile and the two newest modes in GTA Online--The Vespucci Job and Hotring Circuit--are likewise offering double payouts for a limited time.

While there may not be a new vehicle to purchase this week, all GTA Online players can earn a free gift. Log in to the game before April 30 and you'll receive a Skulls Livery at no charge. You can also find a ton of discounts on aircraft, vehicle upgrades, and more. Check out the full list of this week's GTA Online deals below.

The Premium Race in GTA Online this week is Surf and Turf, which is locked to the Blazer Aqua. Everyone who participates will earn triple RP, regardless of where they place in the race, while those who finish in the top three will take home a GTA$ prize. This week's Time Trial is End to End. As usual, players who manage to beat the target time will be rewarded with GTA$ and RP.

You can read more about this week's GTA V update on Rockstar's official website. The developer also teased what's in store for GTA Online next week. Along with a new assortment of discounts, Rockstar will introduce new Special Vehicle Races on May 1, which will feature vehicles from the Doomsday Heist. New Transform Races, Creator updates, and more are also in the pipeline for GTA Online as part of the ongoing Southern San Andreas Super Sports Series.