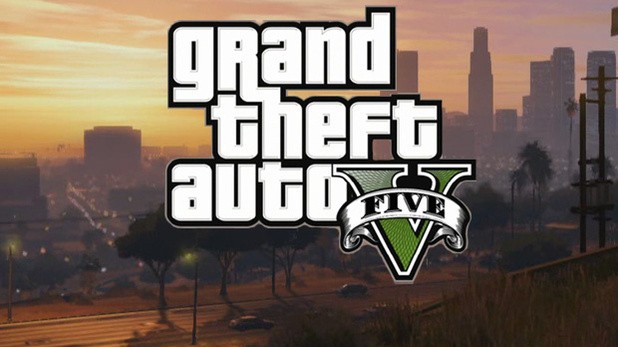 There are no spoilers, everything in here has already been talked about by Rockstar. Also, since a certain birdy doesn't like centered reviews (You know who you are), I kept it regular, even if it's not my style...​
​
First Impressions: Throwing us right into action as soon as the game starts up, GTA V steps up to the plate the first 10 minutes. As I played the mandatory first mission, I came across many of the added new features to this GTA title, things like Character Abilities, Weapons System, Character Switching and some other good stuff. GTA V has been hyped for as long as I can remember, all I know is I had a smile the entire time the game was installing, and that smile is still on my face.​
​
The new switch System: The new switch menu was a(n) genius add on to the GTA series, it adds ease of access and saves your life when you have to switch weapons. In past GTAs, the player had to take their time and scroll through, a sometimes, full list of weapons which of course was a pain.​ 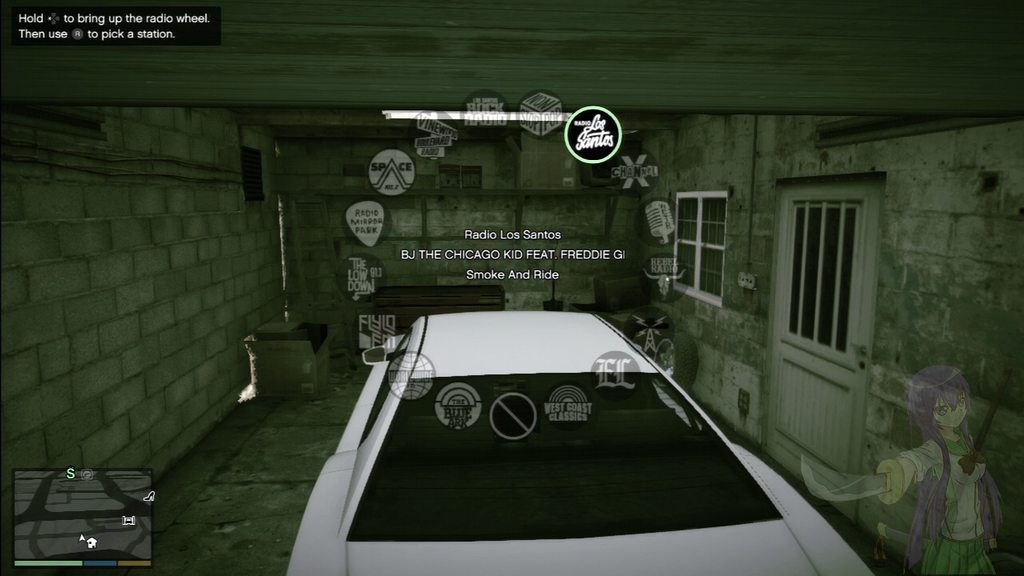 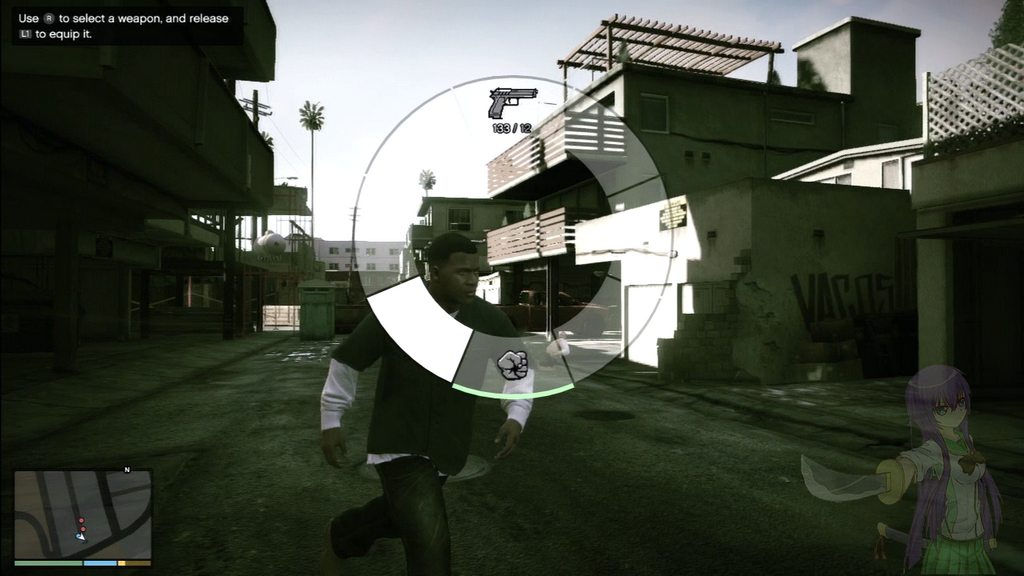 ​
Character Switching and Multiple Characters: Now, I won't go into much detail, I want you to experience it for yourselves. The multiple characters was something that, by rumor, was supposed to be implemented in GTA SA, but due to time restraints was dropped. GTA V is doing great with the multiple characters and the large city is taking full advantage of this system. The character switching is pretty fun, and even useful during missions. If you get pinned you can just simply switch characters and free the other, as shown in the images (these are from the mandatory first mission.).​ 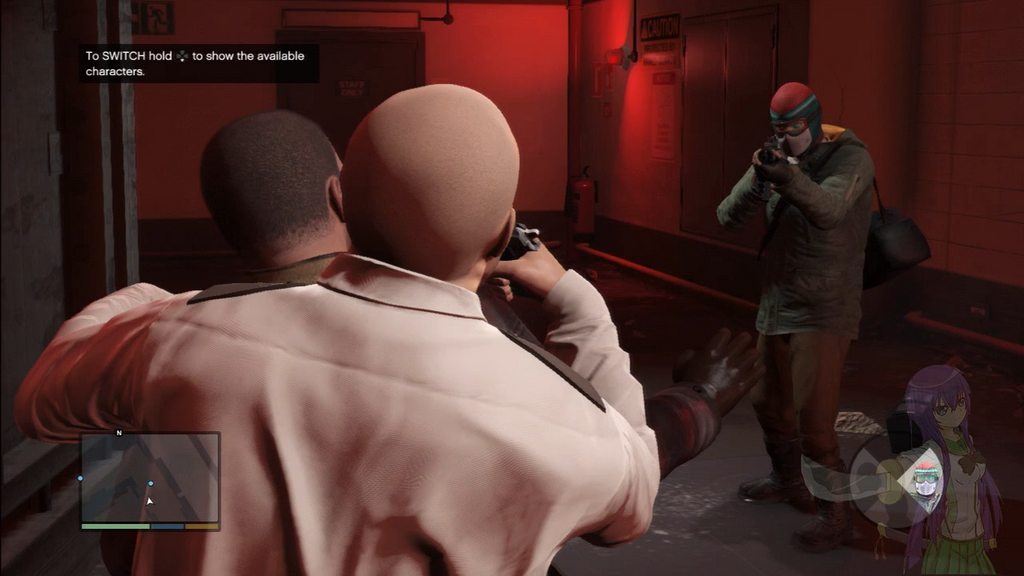 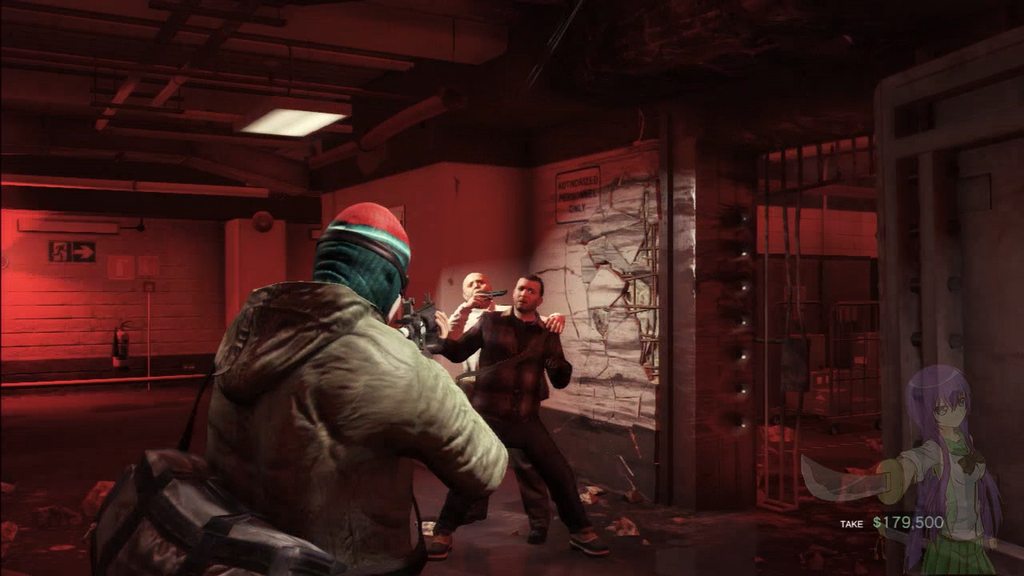 ​
Character Abilities: Again, I won't go into much detail, as this is better experienced than told. Each character has their own ability, with a special yellow gauge that shows the ability "usage level", if it runs out then you must refill it by doing something identical to the ability. These abilities come in handy, which is nothing if not an understatement, during missions. Certain missions in LS even require you to use these abilities.​
​

​
The City: "The city being alive" doesn't even begin to identify GTA V, this game is filled with interactable people, whom you can help or not. At random times, there can be a mugging on the street, promoting you to take action or continue drivin, be the hero and return what was stolen, or be a bigger thief and take off. There are tons of other things than just catching wallet thieves, that was just an example.​ 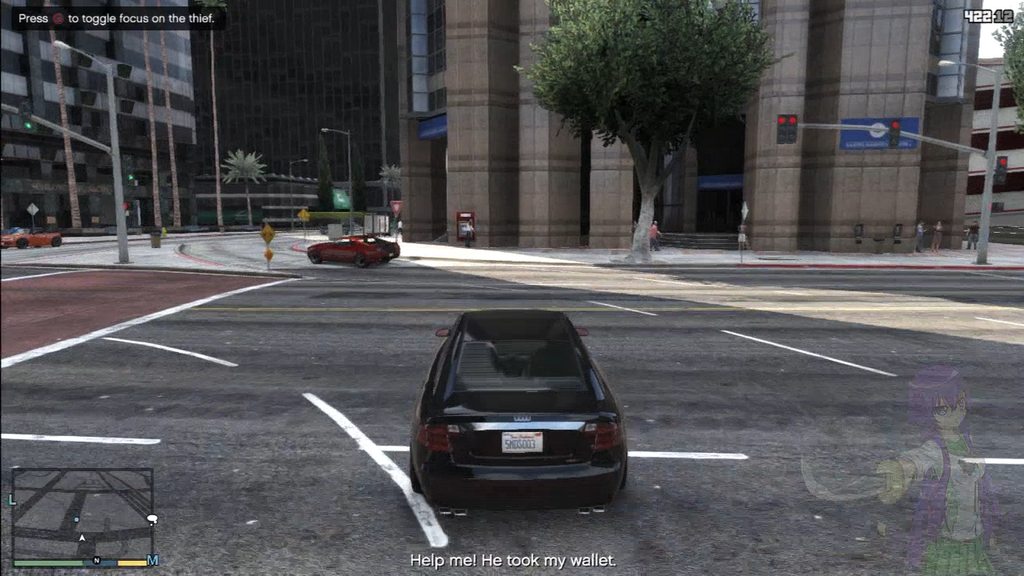 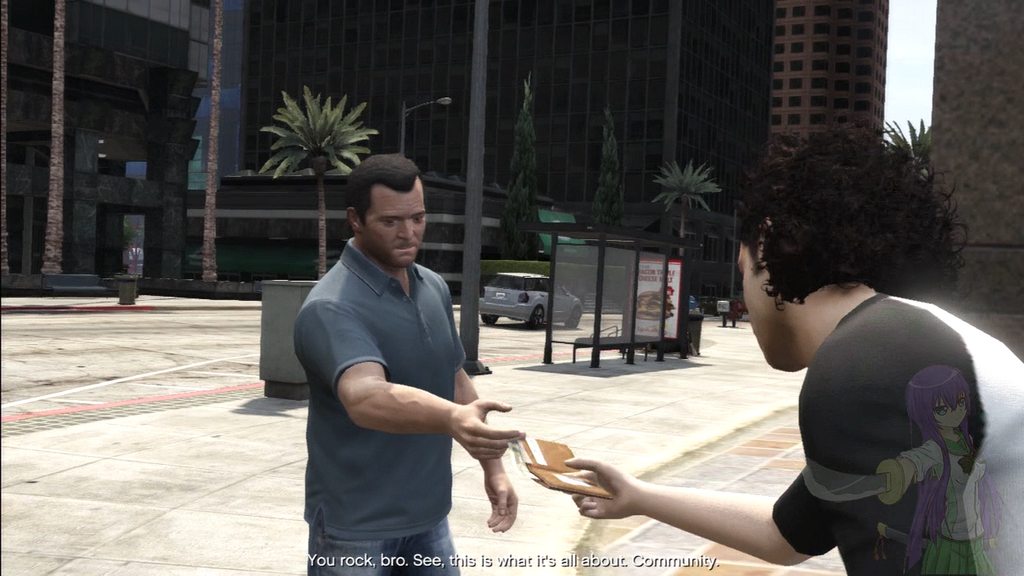 ​
Vehicles: The vehicles in this game are absolutely the best, the detail and selection Rockstar put in is top notch. The mod shop from GTA SA is also back, at first I didn't have enough money to upgrade and I have yet to have a chance to go back, but it is still pretty awesome. The vehicle handling is another amazing thing, it is between an arcade-ish and realistic handlings depending on the car. (Side note: The Mini-Coupe is my favorite vehicle so far)​ 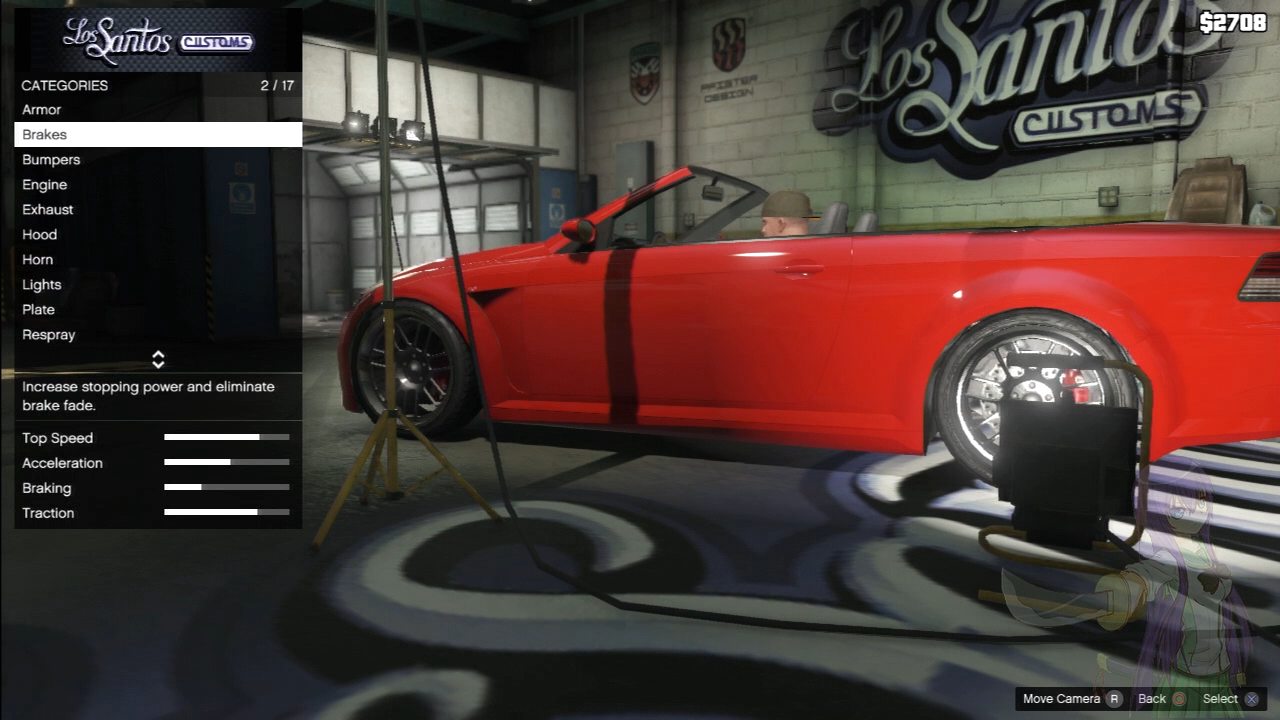 ​
The World: When Rockstar said "100 hours of gameplay.", they weren't lying. This world is HUGE! I flew around in a plane for half an hour, and only covered about 8% of the map, imagine me driving around instead of flying. The scenery is beautiful, the animals are majestic, this world really is breath taking in some environments.​
​
Bugs: I did run into a bug, a car flew high up in the air randomly, but that's in all the GTA's.​
​
Playability: This game is SO much more optimized compared to GTA IV, the graphics are x10 better, and it runs at a solid 30-60FPS (meaning the game doesn't lag, 30FPS is usually the default for most console games, but games like CoD and BF run at 60FPS, IDK how many FPS GTA V is supposed to get.). Sometimes in the cut scenes, you can see the world still rendering the objects, but that may just be me since most of my games render slowly. Movements and other animations were obviously worked on until perfect, every movement seems perfected as if playing a real person.​
​
Story: So far the story is capturing, it makes you feel for the character(s) and let's you be in their shoes the entire way. No one has, of course, finished the story yet, I've been playing story mode only missions for the past 5-6 hours and have only gotten 16% done.​
​
GTA Online: No Info yet.​
​
Overall: This game was worth waiting for all these years, I for one am glad Rockstar didn't rush this game. Overall so far, I give this game a solid 10/10, of course there will be some who disagree, but I have played every GTA game and this is by far the greatest.​