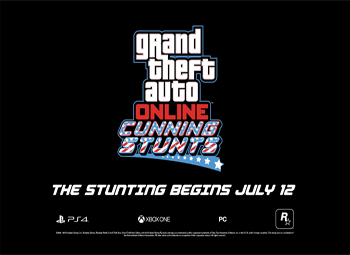 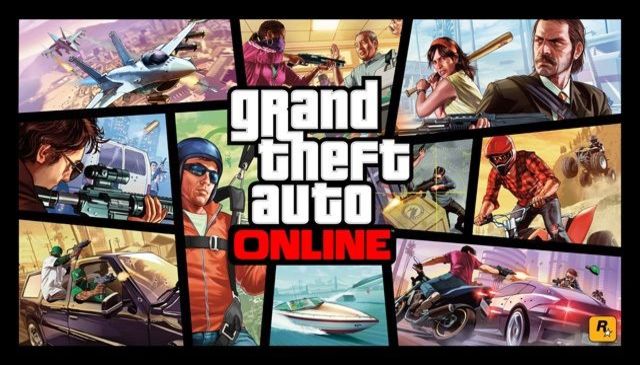 Grand Theft Auto V has received plenty of free DLC, and Rockstar plans to continue this trend. The latest DLC for the game, titled Cunning Stunts, just received a brand new trailer as well as an official release date. The DLC features an array of new vehicles, tracks filled with massive ramps, tubes wrapped around buildings, and new outfits. Cunning Stunts is sure to be one of the most exciting DLC yet.

In the trailer shown for the DLC we can see huge racing tracks, with tubes and obstacles, similar to Mario Kart. There will be new helmets, racing outfits, and best of all, cars. In the trailer a new race car is shown, as well as a large monster-truck type vehicle. There will be over 10 new vehicles added in the update, each different and unique. You can check out the trailer below.

This DLC is exciting news for those who love to race in GTA Online, because you're no longer confined to certain areas. The tracks featured in this update go high into the sky, allowing for a large variety of maps to potentially be created. On top of this, everything added in the update will also be added to creator mode, allowing the player to customize and create their own insane tracks.

Rockstar promises there is more news regarding the DLC on the way, but it is unknown what additional details could be released. The DLC releases July 12th for all versions of the game.

Are you excited for this DLC? Are you looking forward to participating in some of these extreme races? Let us know in the comments!

Resonance
I like GTA 5, Music and the PS4. Alot.