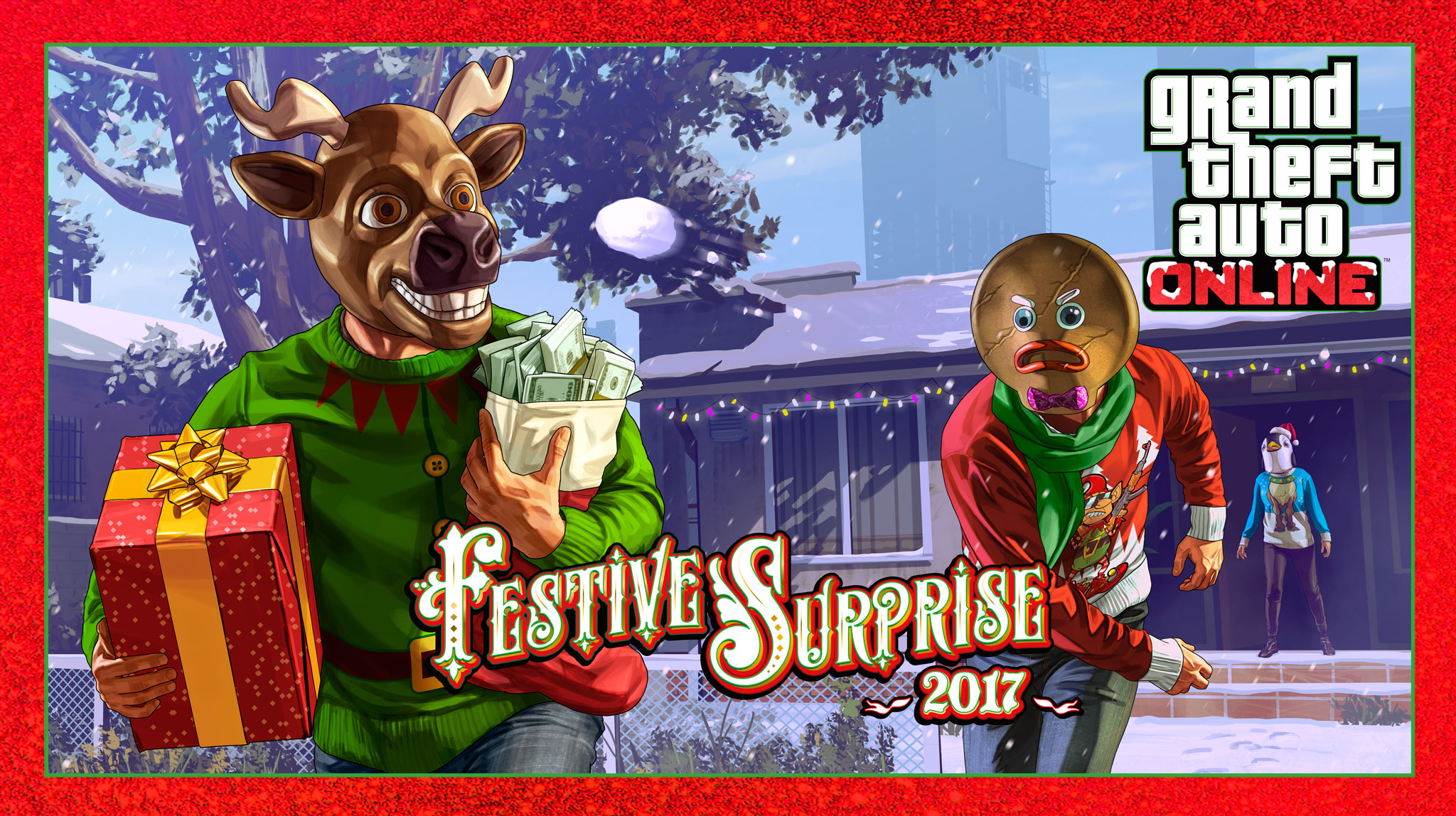 Grand Theft Auto V is celebrating the holidays, and today GTA Online got a wintry makeover. In the latest GTA Online update, San Andreas has received a blanket of snow, there are free liveries and a free car coming on Christmas, and a new vehicle is now available for purchase.

As part of GTA V's Festive Surprise event on PS4, Xbox One, and PC, San Andreas is now covered in snow. What's more, you can throw snowballs at people. By hitting left on the d-pad or G on your keyboard, you can pick up a snowball and then throw it at NPCs or your friends.

In addition, the Albany Hermes Muscle Car is available to everyone who logs into the game on Christmas Day, you can get 5 free liveries for the Thruster. Rockstar also previously announced that it would be giving away Krampus masks on Christmas Eve. Holiday-themed clothes and masks are available for purchase at in-game stores, too.

There's also a new vehicle that you can buy at Southern San Andreas Super Autos. Called the Benefactor Streiter, it's a "combination of sleek aesthetics and raw 4x4 power." It's classified as a Sports vehicle, and you can see it in the image above.

Rockstar previously announced that GTA Online's current Premium Stunt Race is H200, and the current Time Trial is Sawmill until Christmas Day. On December 26, this switches to Double Loop as the Premium Stunt Race and Cypress Flats as the Time Trial. Everyone who participates in the Premium Races will earn triple RP, and the top three finishers will receive a big GTA$ reward. The Time Trial, meanwhile, grants a big GTA$ and RP bonus for those who beat the target time.