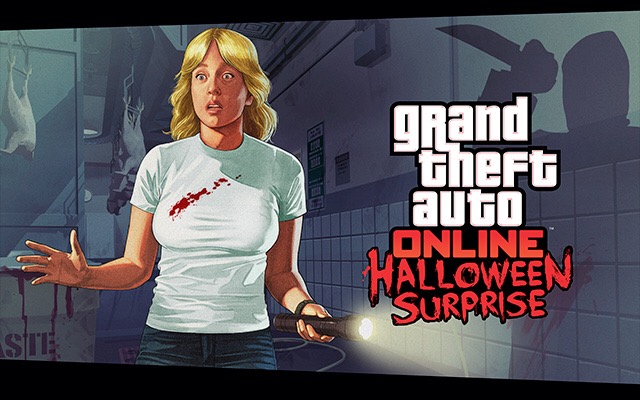 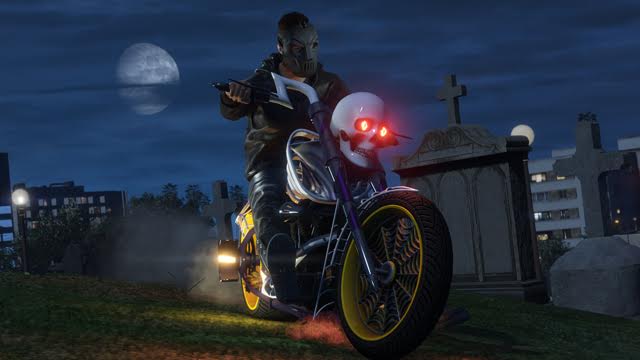 A new version of the LCC Sanctus motorcycle adorned with a red-eyed skull will be available in GTA Online this Friday, October 28.

Another element of GTA Online's Halloween update is a new Lost vs. Damned mode that sees teams of characters as devils and angels going head-to-head. This mode also has a day/night cycle that transitions every 60 seconds. During the night, devils get increased armor and health, as well as better weapon loadouts. The same is true for the angels side during the day.

There will also be Halloween-themed vehicles and items returning from last year's event, along with some extra bonuses that Rockstar will announce on October 28.

While you'll have to wait a little while longer for GTA Online's Halloween content, a new version of the Pegassi Vortex motorcycle is available right now in the game. Additionally, Rockstar has kicked off an anniversary sale (GTA Online launched in October 2013) that offers discounts on content from the game's first three years. Check out the image below what's on sale. 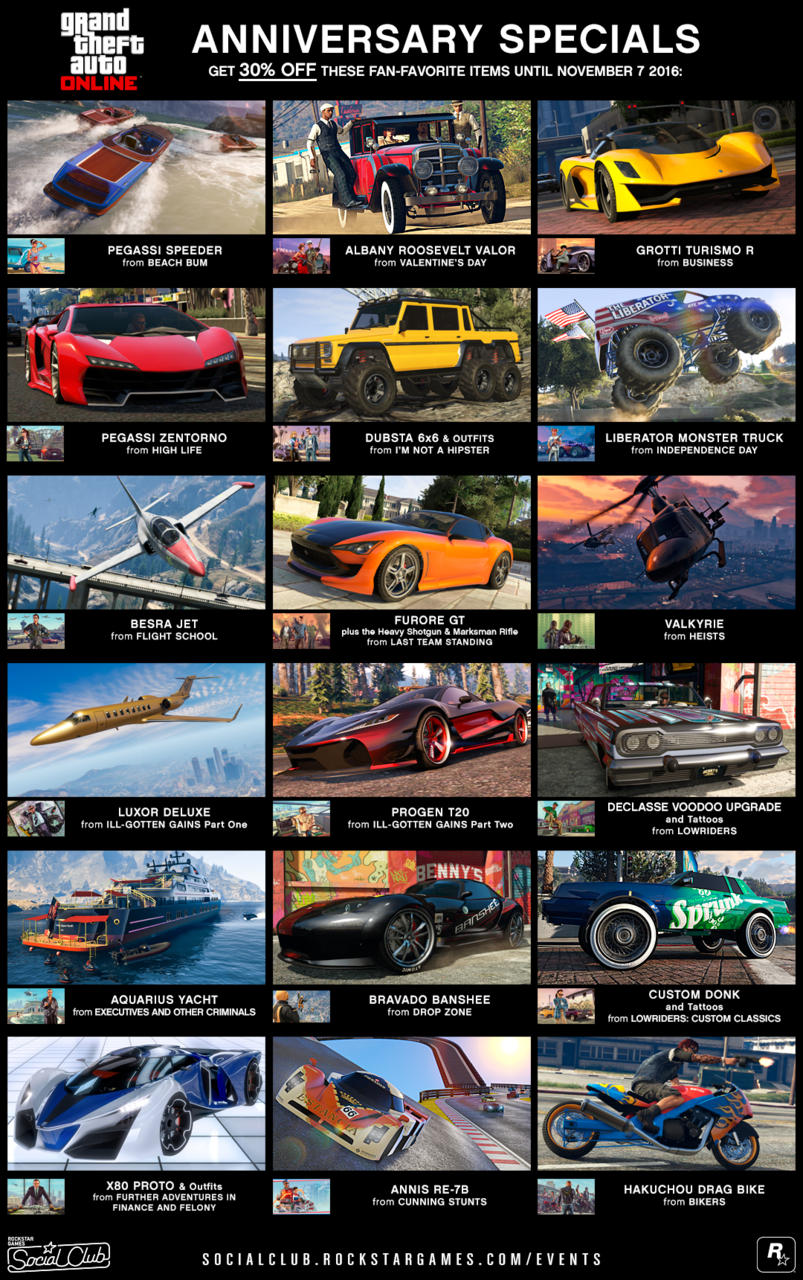 ​
Additionally, everyone who logs into GTA Online on PlayStation 4, Xbox One, or PC now through October 31 will receive a gift of $250,000 worth of GTA$. The funds will show up in your Maze bank account by November 4, giving you time to take advantage of the anniversary sale.

Lastly, Rockstar announced that this week's GTA Online premium race is "Nightlife," played on motorcycles. As usual, everyone who participates gets triple RP, while the top three finishers receive hefty GTA$ payouts.