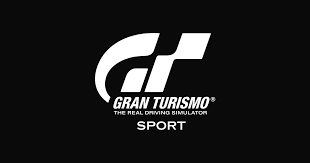 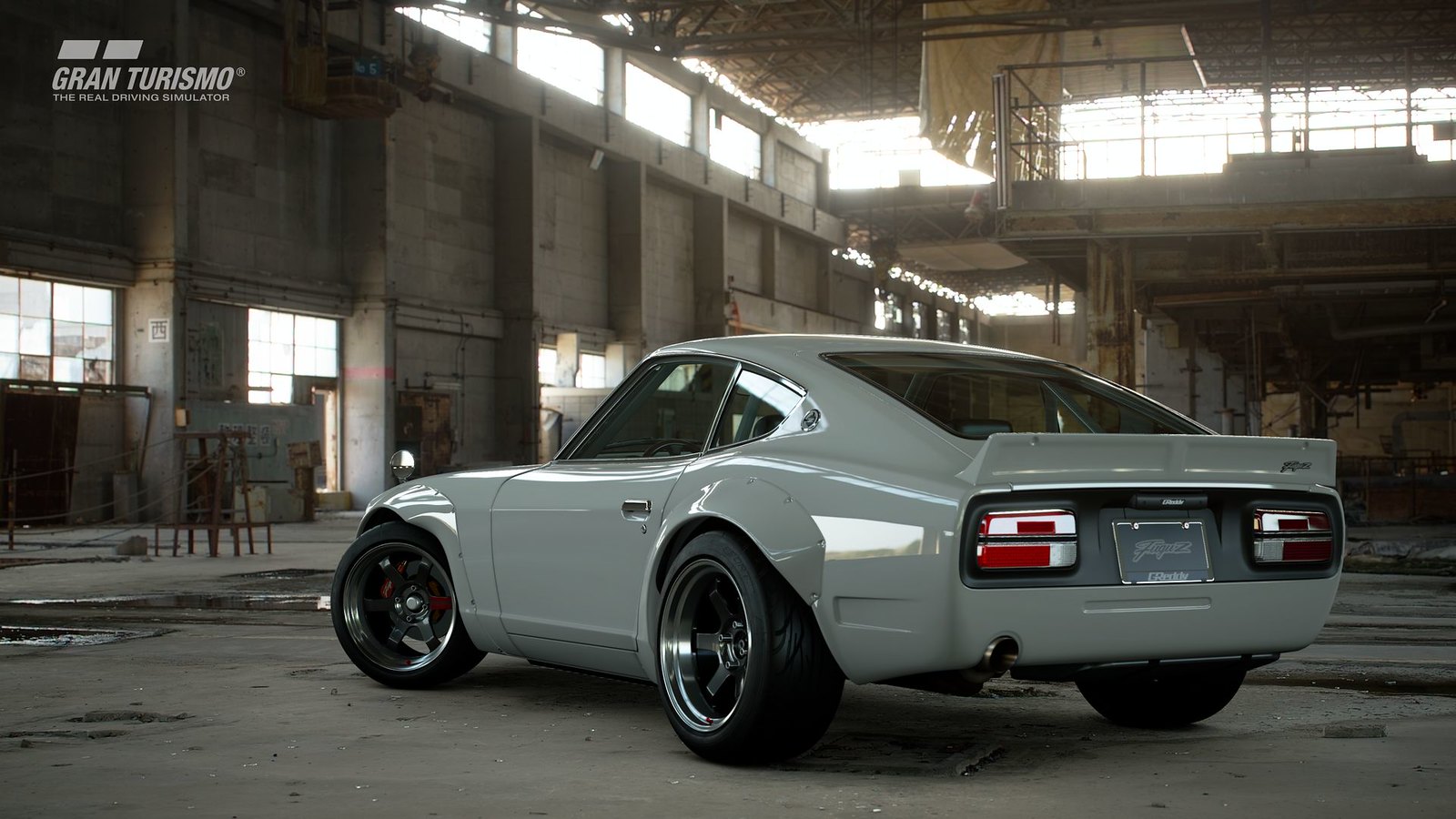 Hello again, GT fans. Available starting today is our free December update for GT Sport, patch 1.31 (Internet connection required). It features a selection of seven stunning vehicles, including European supercars, elegant saloons and some old-school American muscle. All of which are ready to race against the backdrop of a new Tokyo-based track.

Ringing in the season at Brand Central are seven new vehicles, from limited edition Ferraris to Gran Turismo Award winners. 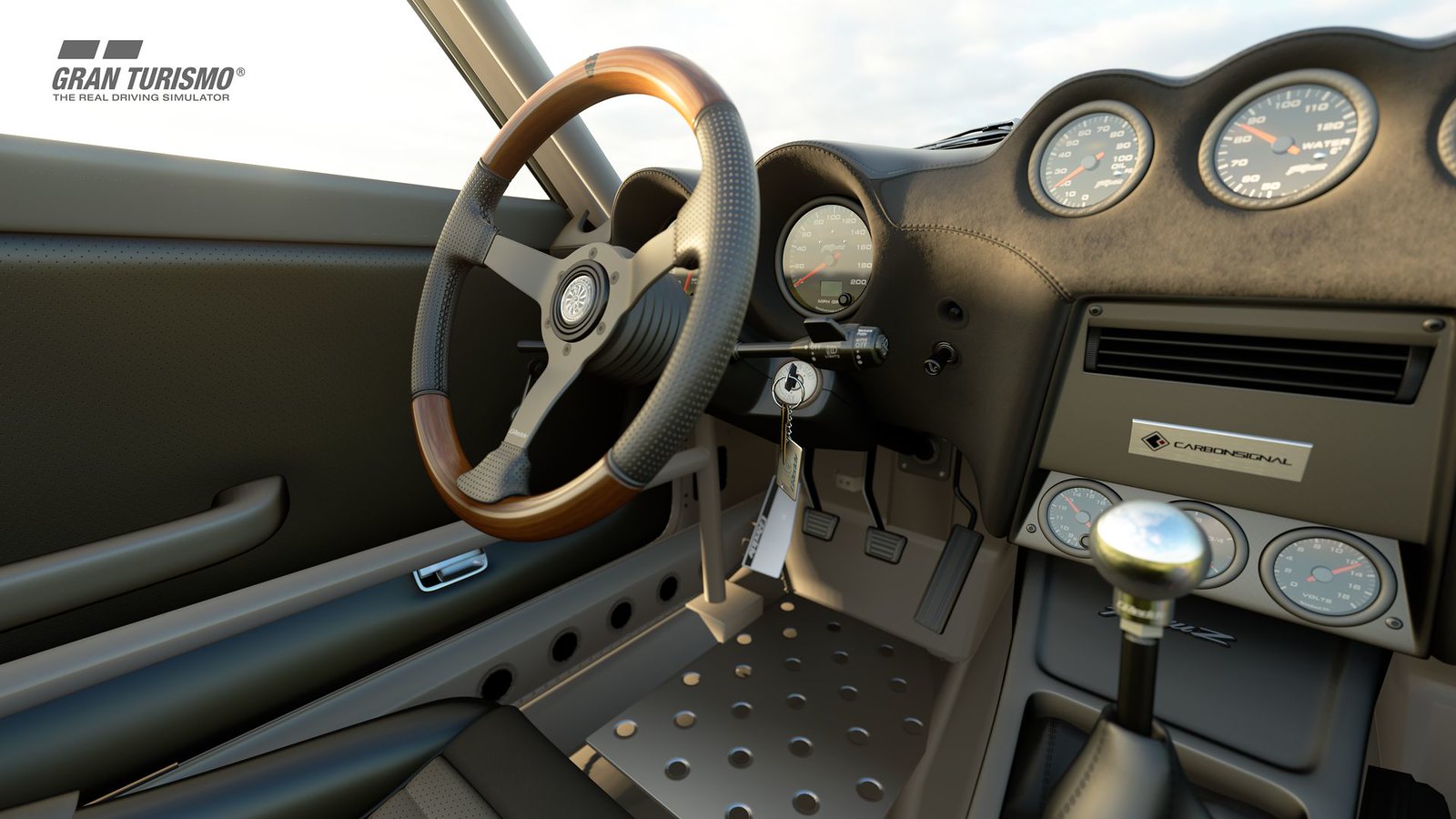 The winner of the 2015 Gran Turismo Awards at SEMA was an S30 Datsun Z, nicknamed the ‘Fugu Z’. The car was built by the actor Sung Kang, known for his role in the ‘Fast and the Furious’ movie series. It is based on a 1973 240Z which he bought in a stock state, and it was custom built to his desired specifications. The most notable feature of the exterior is the Rocket Bunny body kit consisting of very wide fenders and front/rear spoilers. And of course, the car is not just for looks. The engine is the famed RB26DETT from the Skyline GTR converted to natural aspiration, with mechanical tuning bringing its power up to 216 BHP. Using E85 Indy car fuel, it can produce about 295 BHP. To withstand this power, a roll cage is welded to the interior. In order to reduce weight, the dashboard and console are customs made by CarbonSignal. 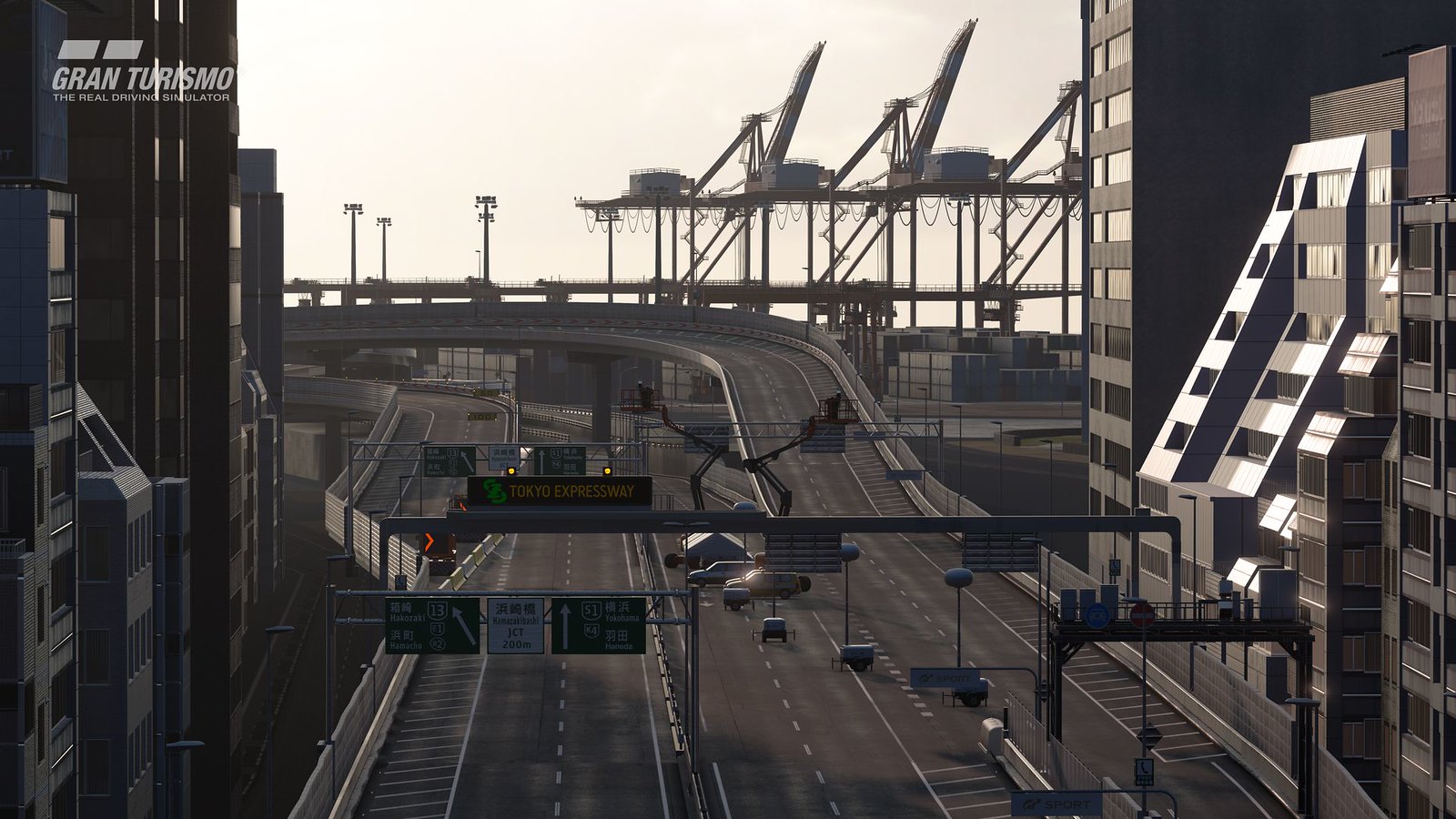 A new ‘South Route’ layout has been added to the Tokyo Expressway street course, which is based on the Shuto Expressway of Tokyo.

With a home straight lining up next to the high-speed railway and a series of mid to high-speed S curves, this track has a very different character to the Central and East routes – sure to put experienced drivers through their paces. In addition to the Outer Loop layout, there’s also an Inner Loop layout that passes through a scenically gritty shipping terminal, with some tough hairpins and chicanes. 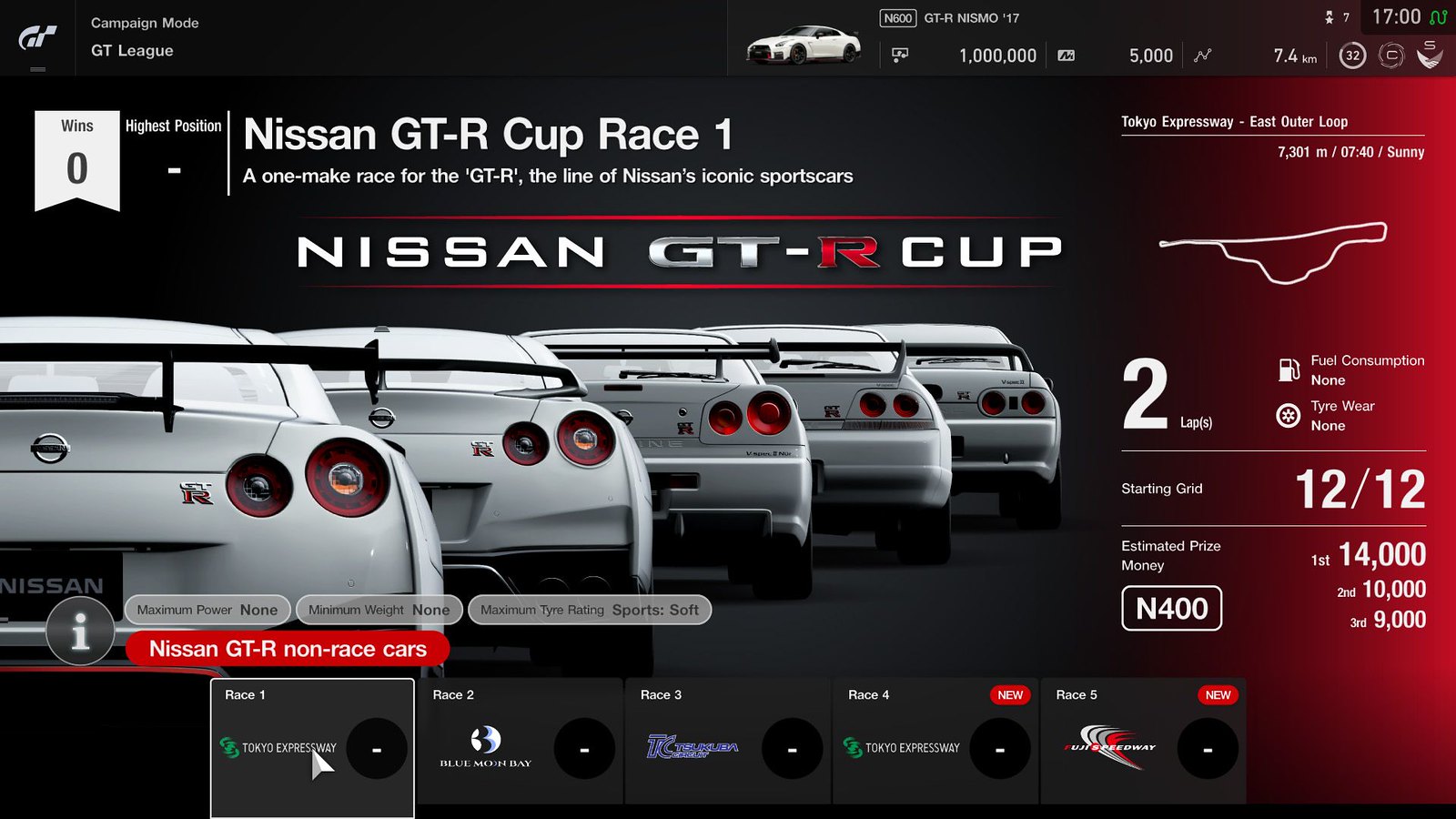 In addition, the Catalunya Circuit Grand Prix Layout has been added to the Circuit Experience, and we’ve added a dedicated FIA section to the Museum. Finally, in Scapes mode we’ve added Peugeot-related spots to Brand Central, and a special “Season’s Greetings” backdrop to help with those holiday-themed snaps.