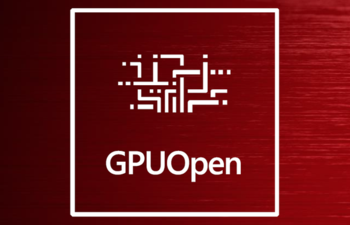 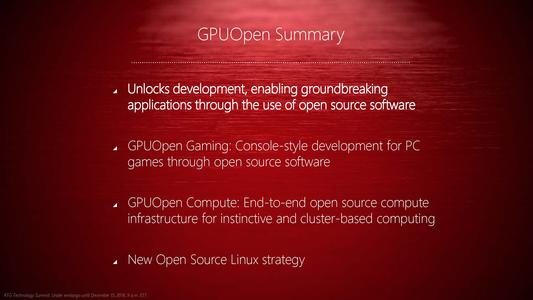 ​
If you are a PC gamer, you should be fairly familiar with NVIDIA GameWorks. GameWorks is a middleware API that is designed to help developers create beautiful looking games. While this sounds like a great idea, GameWorks has lead to a lot of controversy within the gaming community. To offer an alternative to NVIDIA’s closed approach at graphics middleware, AMD just announced GPUOpen. AMD’s solution is much more than just a competing piece of software. GPUOpen is completely open source under the MIT license and can be used by anyone.

GameWorks has made headlines numerous times, but it’s not always the best news. NVIDIA is often accused of making anti-consumer decisions through their software. While GameWorks enables developers to create high-fidelity graphics rather easily, it also can cause a lot of performance issues. This is especially true on AMD cards and many say that this is purposefully done by NVIDIA to hurt their only competition, AMD. NVIDIA also keeps everything related to GameWorks behind closed doors and protected by NDAs. This means nobody, other than developers, really knows how GameWorks is actually working.

After countless times of getting the short end of the stick when it comes to GameWorks, AMD finally decided to announce their alternative, GPUOpen. Instead of taking the route NVIDIA has taken, AMD is releasing their software under an MIT license. This license allows anyone to use, modify, and sell the software without legal issues. Any company, including NVIDIA, can use GPUOpen to their advantage.

By being completely open source, GPUOpen can be developed by thousands of people. This likely means that there will be multiple branches supporting a wide variety of features. While AMD won’t be able to offer the same level of direct support as NVIDIA, the type of support an open source community can offer is incomparable. Being open source also allows for developers to tailor the software to their specific needs.

In addition to GPUOpen, AMD is also going to start making some major changes in the Linux scene. They have always been known for having rather lacklustre Linux driver support. Fortunately, they plan on releasing a new driver called AMDGPU. This new driver will be completely open-source and will be included in the Linux kernel. It looks like AMD is finally commited to the open source community, and this will likely give them an advantage when compared to NVIDA.

Having a hardware vendor, whether its AMD or NVIDIA, creating proprietary software is never a good idea. Luckily, AMD recognizes this and hopefully being open source will allow GPUOpen to excel as the pro-consumer middleware. The fact that AMD is giving such a big nod to the open source community also shows how AMD plans to use open source to their advantage in the future. GPUOpen will be available on GitHub in January 2016.