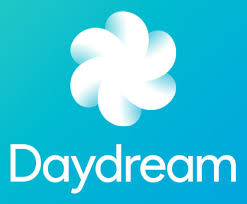 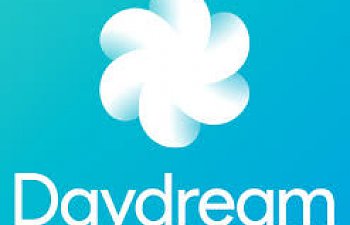 ​
Confirming rumors from earlier this year, Google today announced its own virtual reality headset that goes beyond what it is already doing in the space with Google Cardboard.

The headset is called Daydream View. Similar to Samsung Gear VR, the device is powered by a mobile device, with the headset itself serving as the display. Google also announced its first smartphone line today, called Pixel, and the Daydream View will require the Pixel or Pixel XL to work. When Daydream View launches in November, priced at $80, only Pixel and Pixel XL will be supported. However, Google said there are "a lot more" supported devices coming from "leading Android smartphone-makers" in the future.

In a blog post titled "Daydream: Bringing high-quality VR to everyone," Google's VR chief Clay Bavor said, "Our goal for Daydream is to simplify the complexity behind virtual reality. It should be mobile so you can easily carry it with you, and it should be friendly and accessible so everyone can enjoy using it."

Daydream View is described as being 30 percent lighter than "similar" devices, which is likely a reference to Oculus Rift and HTC Vive. The headset is made with "soft, breathable" fabric, and Google says it has been designed to fit over eyeglasses.

Also included with Daydream View is a remote-like controller that serves as an extension of your hand in a virtual world.

"It points where you point, and is packed with sensors to understand your movements and gestures," Google said. "You can swing it like a bat or wave it like a wand. And it’s so precise that you can draw with it. The controller slides right inside the headset when not in use, so you don’t have to worry about losing it in your bag or between couch cushions."

There are three Daydream View color options--Slate, Snow, and Crimson.

In terms of software, Daydream View will of course have a YouTube app, while you can use Google Street View, Google Play Movies, and Google Photos with the headset.

Google has also partnered with The New York Times and The Wall Street Journal for special VR apps, while there will be a Fantastic Beasts and Where to Find Them experience as well.

Additionally, there will be apps for Netflix, Hulu, and HBO, while you can also watch some MLB and NBA live events with the headset.

As for games, Daydream View will have "dozens" of available titles, including Gunjack 2, Hungry Shark World, and Home Run Derby. The video above reveals that Eve: Valkyrie is also apparently coming to Daydream View, while Google also mentioned that a Need for Speed game will be available as well.

Daydream View will be available in five countries to start and only through select retailers. Here is a breakdown:


People in the US can preorder Daydream View starting on October 20 at Verizon and Google's own online store. At launch, the Slate color will be available in all countries, though Snow and Crimson will only be available in Germany and Canada at launch. These colors will be released for people in the US, UK, and Australia sometime later.

Google's new Pixel phone is available to preorder right now in the US, UK, Canada, Germany, and Australia. In the US, it costs $650 and will be available at Verizon and Best Buy stores. You can also buy an unlocked Pixel phone from Google.

The phone boasts a 12.3MP camera and has a fingerprint sensor on the back of the device "where your finger expects it." You can swipe the sensor to access your notifications. In terms of battery life, users can expect "up to" seven hours on a charge that apparently only takes 15 minutes.

Go to GameSpot sister site CNET to learn more about Google's Pixel phones, which go on sale in November.

Google made some other announcements today, too, including a 4K- and HDR-compatible version of its Chromecast device, called Chromecast Ultra, and a product called Google Home. This is a device that, similar to Amazon Echo, lets you can give voice commands to for things like music selection and adjusting the thermostat or lights.

The company also announced Google Wifi, a device that replaces your existing router with the hope of providing a better, more stable wireless connection throughout your home.

"The system uses a technology called mesh Wi-Fi (something usually only seen in expensive commercial installations)," Google said. "Within our mesh network, each Google Wifi point creates a high-powered connection, and the different points work together to determine the best path for your data. The result is fast Wi-Fi everywhere in your house, not just right next to the router."

Head to CNET to see a full breakdown of all of Google's major announcements today.