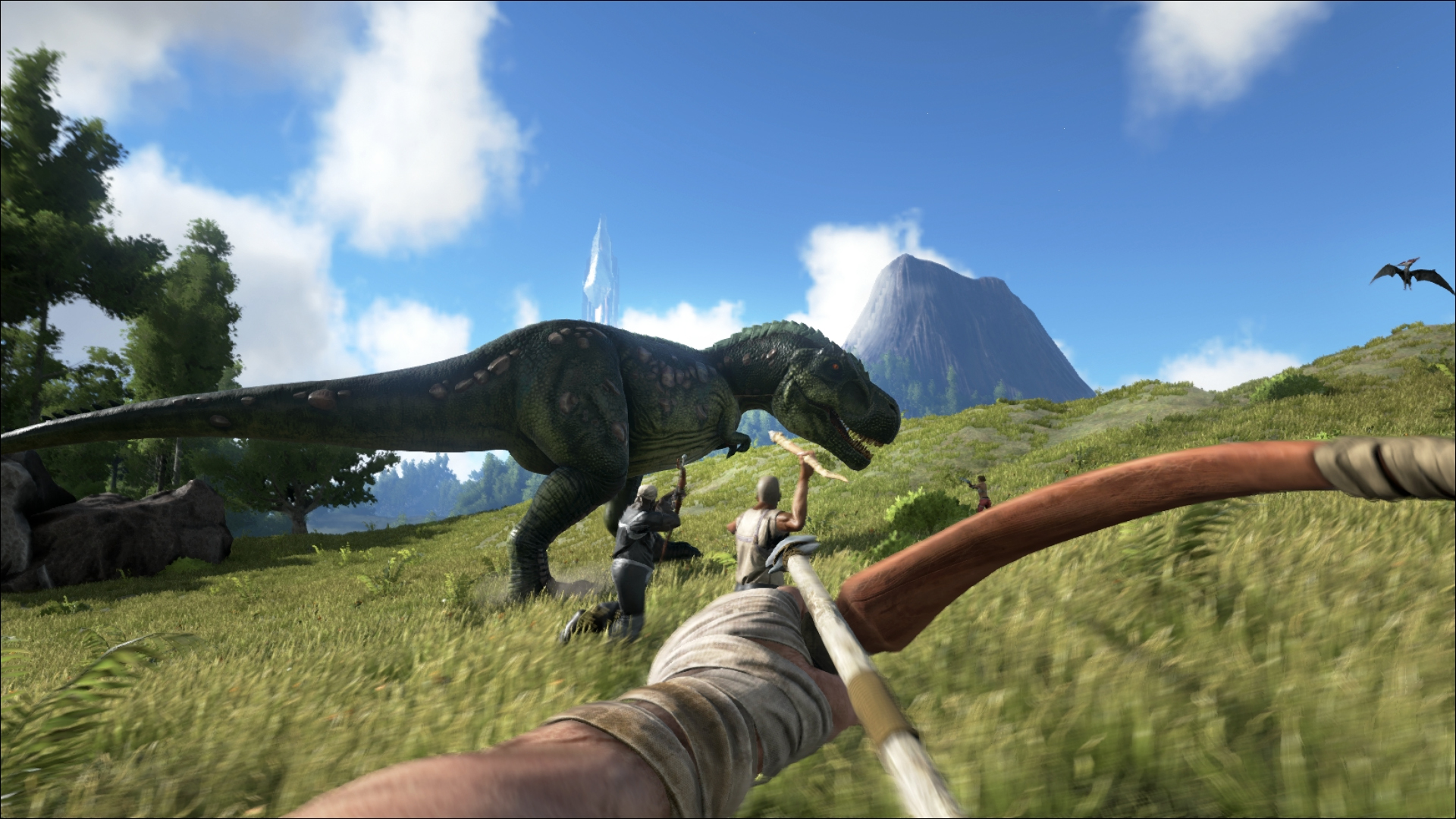 For the second year in a row, dinosaur game Ark: Survival Evolved is getting a Halloween update. You don't have to wait, as it launches today, October 28th. The Fear Evolved 2 event, as it's called, runs now through November 6 for the PC version of the game.

As part of the event, the moon is red, skeletons of dinosaurs populate the game's zones, and zombie Dodo birds can be found throughout the game's forests. The world itself is getting a Halloween makeover, too, as pumpkin patches, graves, and scarecrows are found all over the place, along with giant pieces of candy corn. New Halloween items are available for players in the form of themed hats, clown masks, and "Dodo-Rex" helmets. Watch the video below to see the Halloween content in action.

The Fear Evolved 2 event has not been announced for the Xbox One version of Ark: Survival Evolved. We have followed up with the developer in an attempt to find out if it's also coming to the console.

Ark: Survival Evolved is marked down to $15 right now as part of Steam's Halloween sale. Additionally, the game's Scorched Earth expansion is discounted to $14. These offers end on November 1st.

Despite not even being a finished product yet, the game has sold more than 5.5 million copies. Studio Wildcard wants to release the game on PlayStation 4, but Sony does not currently allow in-development games on the platform.