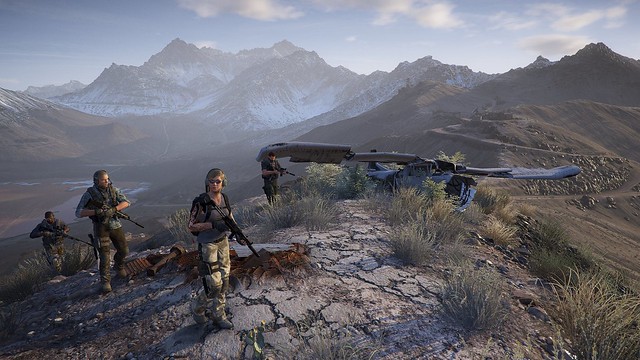 Ghost Recon: Wildlands gives you the chance to explore a truly massive open world with a team of elite operatives, dismantling the operations of the Santa Blanca drug cartel however you see fit. And starting today, you’ll be able to get a sense for just how big Wildlands is when the open beta gives all PS4 players a free taste of what’s in store.

Running through February 27, the open beta will set you loose in two Bolivian provinces, Itacua and Montuyoc, where you’ll be tasked with finding and neutralizing high-ranking Santa Blanca operatives.

If you were selected to play the closed beta for Ghost Recon: Wildlands in early February, you already recognize Itacua as the place where you established ties with the Kataris 26 rebels, traded shots with corrupt Unidad troops, and hunted down La Yuri and El Polito, two lovers who’d turned their medical expertise to interrogation and torture.

They’re back again in the open beta, although they’ll stay dead if you killed them before, as any progress you made in the closed beta will carry over. And there’s plenty more where they came from; the open beta is a hugely expanded experience, with enough total content to fuel around eight hours of gameplay.

Montuyoc is a mountainous province that includes the popular Bolivian salt flats. Santa Blanca keeps a huge arsenal and trains its best sicarios in this province, so you can expect a stiffer challenge than you faced in Itacua. There’s a new Santa Blanca warlord to chase, and to find him, you’ll need to raid Santa Blanca encampments and strongholds to destroy their weapons, kill their elite instructors, and interrogate cartel officers across five new story missions (in addition to the six already available in Itacua). And if you want to learn more about your target and the Santa Blanca, you’ll be able to find 12 new Kingslayer Files filled with fascinating dirt on your enemies.

As before, you’ll be able to tackle these any way you see fit, customizing your Ghost and their loadout to suit your tactics. If stealth is your thing, you can wait until nightfall and sneak to your objectives, using night vision and silenced weapons to avoid full-blown firefights. You can coordinate with other players to line up synchronized sniper shots, skydive straight to your objectives from a helicopter, or smash through enemy fortifications with powerful military vehicles. Or you can go in solo with a computer-controlled squad, issuing orders and picking off cartel guards at your own pace.

The open beta also adds a fistful of new side missions, including new rebel operations and supply raids, and you can further break from the beaten path to track down new intel drops and earn new weapons, accessories, and skill points for beefing up your Ghost. If you’re truly adventurous, you’ll also be able to tackle the open beta at the hardest difficulty, testing your squad’s mettle against Santa Blanca’s best or seeing how long you can survive solo.

The open beta will be free to all PS4 players (although you’ll need a PS Plus membership to play co-op) and will run from February 23 through February 27. And if it leaves you hungry for more, you won’t have long to wait, as Ghost Recon: Wildlands launches on March 7.