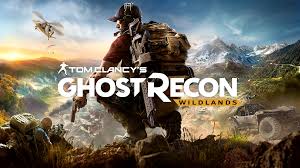 Tom Clancy's Ghost Recon: Wildlands is about to get its third PvP expansion. The free update, called Extended Ops, will be available tomorrow, January 25, on PS4, Xbox One, and PC, and will bring exclusive new maps and a brand new game mode called Extraction. Check out the new trailer for Extended Ops above.

Extraction mode tasks one team with locating and escorting two "High-Value Targets" out of a conflict zone. Naturally, the other team is tasked with stopping them and keeping the hostages where they are. Ubisoft says it will take a lot of strategy to stay alive and win the round, regardless of which side you're on.


There are also two new maps coming to the game. Both the Institute and Garage maps will be available for Quickplay and Ranked. Like previous PvP expansions, there will be new gear introduced for both the base game and PvP modes. Extended Ops releases on all platforms on January 25.

​
The last free DLC for Ghost Recon: Wildlands was a Predator-themed expansion called Jungle Storm. It brought a limited-time mission to the game where you square off against the classic character the Predator, to mark the film's 30-year-anniversary. Jungle Storm also introduced new cosmetics, new maps, and two classes to the game.