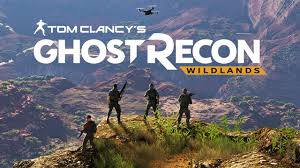 The free play period for Ghost Recon: Wildlands begins today, October 12. Now through October 15, everyone on PS4, Xbox One, and PC can check out the open-world action game without paying. This is separate from game's previously released five-hour trial.

Wildlands' free event includes access to the full game, including the Ghost War PvP mode that launched on October 10. If you enjoy the game, you can pick it up any version of the game for half-off after the free period comes to an end. That offer makes the standard edition price fall to just $30. Additionally, progress carries over.

Here is a rundown of the specific timing for the Wildlands free play period:


Ghost War is a 4v4 multiplayer mode where matches play out as best-of-three, with 10-minute rounds. There are eight maps and 12 classes at launch, and Ubisoft has said it will have "regular updates and new content" after launch. This will include more classes, maps, and modes. You can check out an article for the mode here.