Get Ready for Medieval Multiplayer Gameplay in Life is Feudal: Your Own 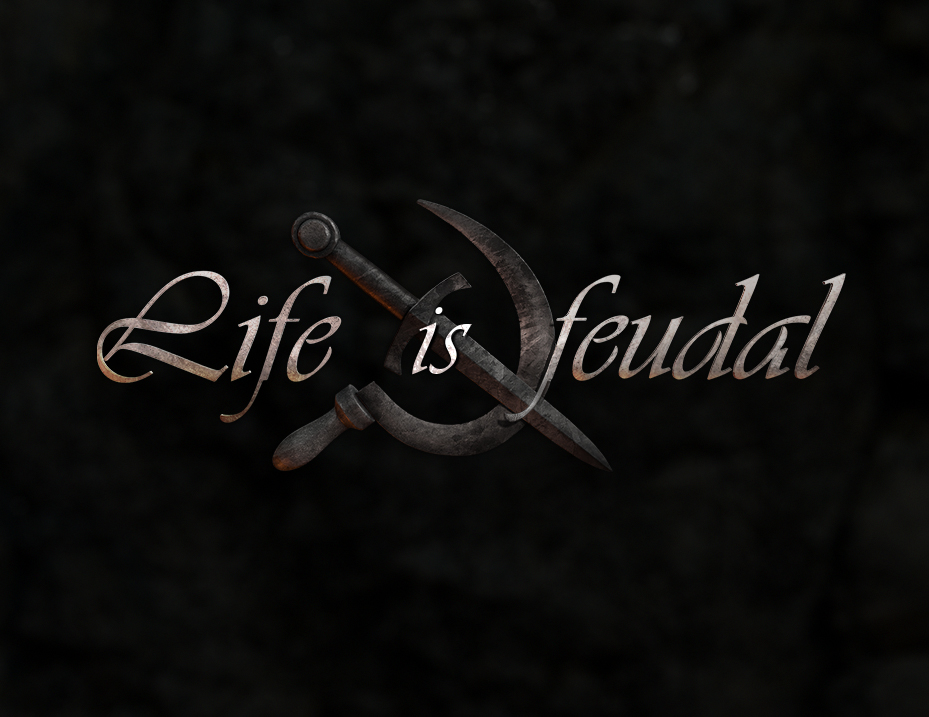 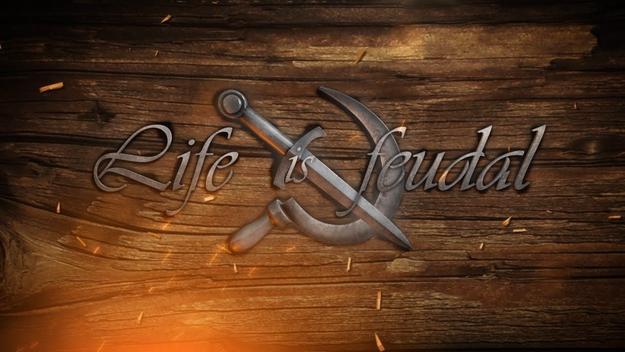 This is Life is Feudal: Your Own, an upcoming PC game featuring a massive open-world set in a realistic medieval environment. With a world that’s 3km x 3km, players will have a huge environment to explore and plunder. In addition to this massive world, players can mold the environment to their wishes, and build any structure they’d like. Whether you want to live a solo life in a small house, or team up with your friends to defend the city you built from other players attempting to take it over, Life is Feudal: Your Own, will give players a unique multiplayer gaming experience like no other.

In Life is Feudal: Your Own, the choice of who you want to be is yours. Whether you want to play as a heroic warrior, a humble farmer, or an architect planning the most beautiful of structures, you get to choose the path you want to take. From there you can work alongside the community you’re a part of in an effort to alter the land around you to suit your vision. You’ll be able to use a flexible, modular set of building tools in order to craft realistic cities and villages from the ground-up. Players will be able to transform the environment and can dig tunnels, mines and moats and expand them in all dimensions with nearly no limit. In addition to this, you’ll be able to craft any item you’ll need. It doesn’t matter if you need something in order to survive in the world, or maybe you just need something to improve your life; the crafting system was made in mind to let the player create whatever they need. 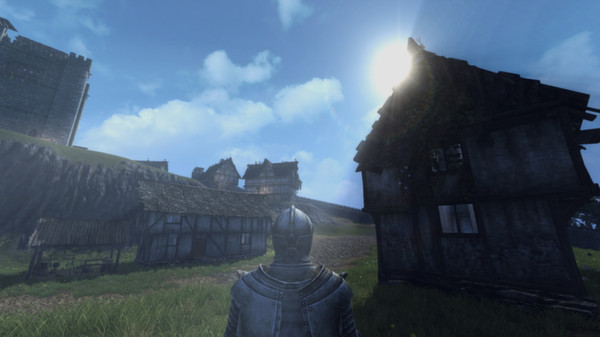 In case you were wondering, Life is Feudal: Your Own, will feature player versus player combat. The game will have a physics-based combat system and players will be able to challenge other players to an intense fight to the death. There won’t be any lock-on targeting as the system is based upon simple mouse and character movement. Based upon real-life human anatomy, the damage system will allow players to give and receive bone fractures and blood gushing wounds using their own unique combat tactics they created. The game will also feature double health and stamina bars. This is done to help players better understand the information about the status of their character’s body condition. Players will be able to knock other players out in addition to flat out killing them. Another thing players will have to watch out for is temporarily running out of breath, or being totally overcome by exhaustion due to expending their stamina completely.

The combat system uses basic movements that are combined with directional attacks, which can form fatal combo moves if used correctly. If you’re fighting with a team, you can use battle formations to increase your grip of control of the battle on both your side and your opponent’s side. If you’re the group leader, you can lead your team and issue commands to them to begin forming different formations during a battle. A well-organized and obedient group of strong warriors will always win the battle over players who are the complete opposite. 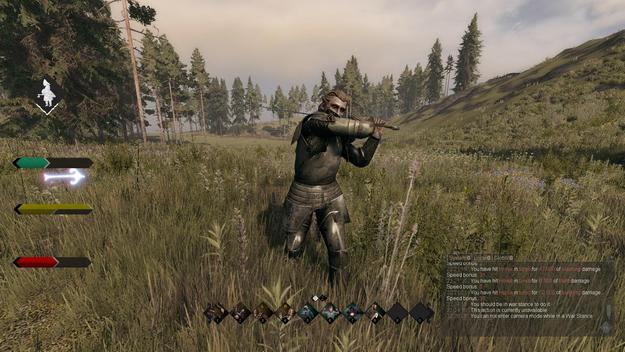 Death is something to be feared in Life is Feudal. This is mainly due to the skill loss, death penalties, and the full loot system the game has. However, the game will have a special alignment system that ensures the good will always prevail in some way even in death, and the evil will have more than just their lives to lose if they happen to fall in battle. In the game, alignment is the value that represents whether a player is good, evil, or neutral. There is a limit on how much alignment a player can gain every in-game day. Alignment increases slowly due to “good” actions; while doing things such as murdering, assaulting, robbing or knocking out other players will result in heavy alignment loss. Unfortunately, you cannot gain alignment from killing evil players. Instead, the game has a system of “greater risk for greater reward.” Killing players will allow the one who initiated the fight to loot their victim's corpse. However, if the tables are turned and the attacker is the one who ends up a bloody mess, their skill points will take a massive hit due to their low alignment.

The amount of skill a player will lose in death is heavily influenced by a player’s alignment. For example, positive alignment will reduce penalties to small amounts while negative alignment will increase the penalties given to a player. In addition to all of this, players will have the ability to yell out “I yield!” during a battle which will increase their vulnerability to the damage they receive; but if the attacker follows through with the kill, they will take a huge hit to their alignment. This will not happen if the attacker is able to disable their opponent in one hit, they can loot them and not only get their items, but they’ll receive only a small adjustment to their alignment. The victim will be able to retain their skill points, with only their items and pride being the only things lost.

The developers want the game to have “true sandbox mechanics.” To achieve this goal they’ve created features such as a skill progression system that’s not limited by the player’s class or role. The skill cap allows players to design a character which fits their playstyle perfectly. Another example of the depth of the game is the in-game alchemy system. Each and every recipe will be completely randomized for every player, leaving gamers to experiment with each combination they find. The game will have an unlimited number of completely unique alchemy combinations. There will be over 40 million unique combinations per player, leaving players to experiment with every single one, or create their own. The base of alchemy involves using the resources you have to create the best recipes and combinations you can. 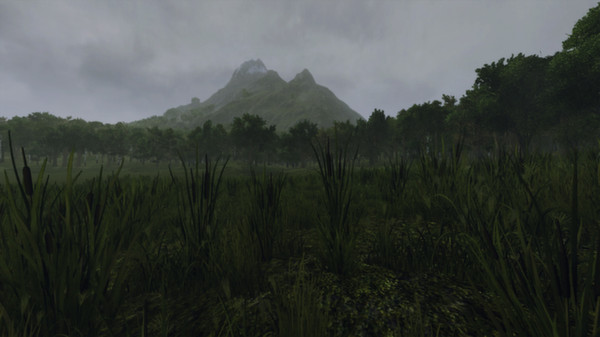 Food also plays a key role in the game. It’s another important element that contributes towards your character's development and skill progression. If the food your character consumes is of a high quality, it will positively correlate with the speed you’ll progress through your skills, allowing you to improve your character at a faster rate. Don’t underestimate the chef, they’re on the same level as the other craftsmen, such as the blacksmiths, the carpenters, and the alchemists.

Speaking of food, farming in the game will need players to have an in-depth understanding of many things, including all of the different crops the game will offer. Things like understanding soil fertilization, knowing the proper time to plant and harvest your crops, and understanding the way the weather affects all of that is the key difference between a good farmer and a terrible one. As a farmer, you’ll need to tend to your many livestock as well, you’ll need to feed them and tend to their every need. Your barns and stables will also need to be consistently managed and cleaned in order for you to breed animals such as war horses in the best possible shape.

Life is Feudal: Your Own aims to emphasize the community aspect in a sandbox game in a unique way. If you chose to, you can survive alone, but you'll need to work with your neighbors and friends in order share your skills and to prosper in the world. Life is Feudal: Your Own launches November 17th on PC. Currently in development is the Life is Feudal: MMO, and all players who purchase the game will get access to it.