Get a First Look Into Fallout 4's Nuka-World 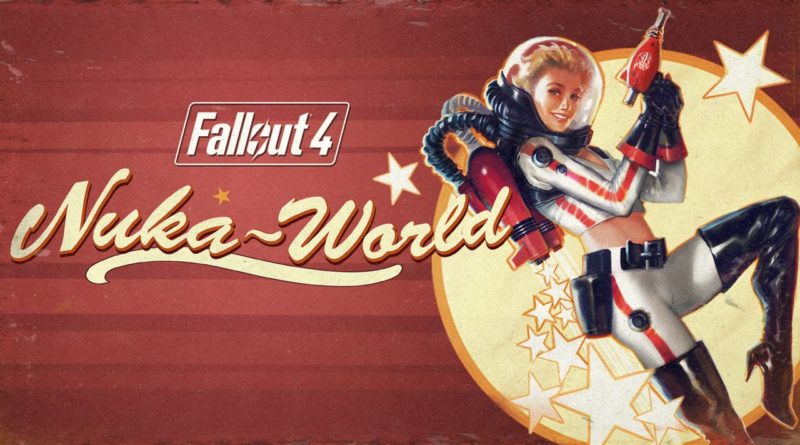 ​
Fallout 4's latest and presumably final DLC, titled Nuka-World, took the stage today with a newly released trailer from Bethesda Softworks. The gameplay trailer immediately broke out into song and dance to share a lighthearted portrayal of the Nuka-Cola themed amusement park, filled with all of the Fallout essentials: raiders, ghouls, new weapons and armors, and even some new settlement goodies.


​
To the untrained eye, the Nuka-World trailer offers a limited glimpse into what fans can expect from the expansion, but to the more perceptive, many potential features can be assumed to be a part of the upcoming DLC. Namely, some returning features from past Fallout games, such as the controversial but ultimately pretty cool slave collars. As raiders are the ruling faction of Nuka-World, it'd make sense that their only way of trading is by way of human trafficking. Any other trading they might do would be one-sided since they're, well... Raiders.

Pausing the trailer during the settlement building display can show off some specific raider faction flags along with settlers that look the part of raiders as well. This could mean that allied raiders from Nuka-World may decide to resettle in the Commonwealth, or the typical settlers can join up with the raider faction. Or they could just be wearing raider armor and have no real significance to the DLC, which would be pretty lame.

Some other highlights of the trailer include a section of the park reminiscent of Fallout: New Vegas that looks fully equipped with the western cowboy getup, rifles that resemble Kalashnikov's, functioning theme park mini-games, roller coasters, and vehicles, and even a weaponized paddle ball. Nuka-Cola colored Feral Ghouls and irradiated crocodile-deathclaws are sure to be great targets for the new weapons seen in the trailer alone.

There's something striking about this trailer, however. It seems to be compensating a bit in the 'fun' category. Could it be that all of the 'fun' that Fallout 4 lacked was simply vacationing away at Nuka-World? Find out when the DLC releases on August 30 and be sure to tell me your thoughts on Nuka-World in the comments below!
About author