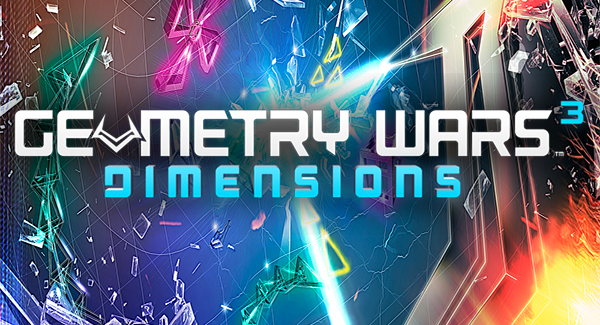 Former developer and publisher Sierra is returning to the industry at the courtesy of Activision, that holds the license to the company. Sierra is to handle smaller projects and support indie developers while Activision and Blizzard keep their focus on the large titles. We now have a sought after game brough back to life by the former giant working with developer Lucid: today PS3, PS4 and PC owners can have a go at Geometry Wars: Dimensions. Xbox One and Xbox 360 players are not left out, it will be available for them tomorrow, November 26.

Geometry Wars as a concept started as a minigame, created by Bizarre Creations in Project Gotham Racing 2 for the original Xbox back in 2003, accessible through the in-game garage. The following two PGR games both had versions of it in-game. An updated version of these, Geometry Wars: Retro Evolved, is still available for download on the Xbox 360 via Xbox Live Arcade, and is one of the most sold games on Xbox Live. Geometry Wars has also been released on Nintendo DS and Wii and even as a mobile game as late as in 2010. The original creator Bizzare Creations is no more, but several of the employees are now working for Lucid.

If you don't know what Geometry Wars is all about, I highly suggest you take a look at this video:

​
So what we have here is a twin-stick shooter, basically what you do is control a tiny spaceship with one stick and fire at anything that moves with the other. Your goal is to survive an onslaught of enemies that keep coming at you from all angles. But just as important as survival is the score you rack up while doing so, and this is one of the keys to the game's re-playability. This new version of the old favorite brings some new features to the table, it is no longer a 2D experience. The battle is now expanded, so rather than fighting on a square, you are fighting to clear a cube. Different shapes of maps exist of course, there are plenty of levels to compete on. 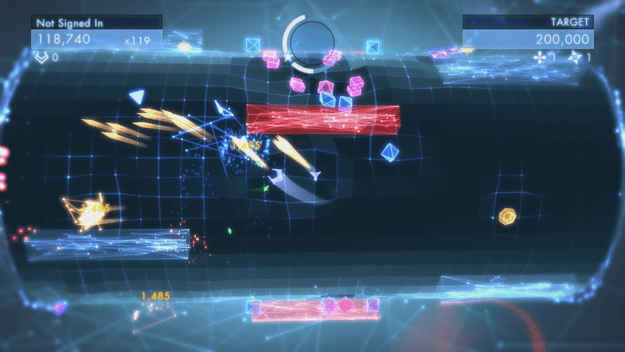 Because it is indeed a competition, you need to beat your friends on the leaderboards or you can have a go at the online multiplayer and reach the top there. The campaign itself includes 10 modes, 50 levels and boss fights designed to be hard but rewarding, as you unlock a bigger arsenal of weapons and resources as you progress and earn currency. If you feel like you need some assistance, they also included a coop mode. It requires a good friend to play with, as you really need to work together in order to have a chance of reaching the set goals.

If you want to play the old fashion Geometry Wars, Classic Mode has the majority of Retro Evolved 2 present just like fans will recognize it from 2008, you can enjoy it in local coop mode or online competitive mode if you feel like going all out. The presence of the old version will remind old players and show new players that Geometric Wars 3: Dimensions is true to its roots, just brought into the new generation. The core functionality is still there, it has just received a major boost.

Are you going to jump at the chance to experience this renewed classic?

Credit to 3xTiNcT for the sources.