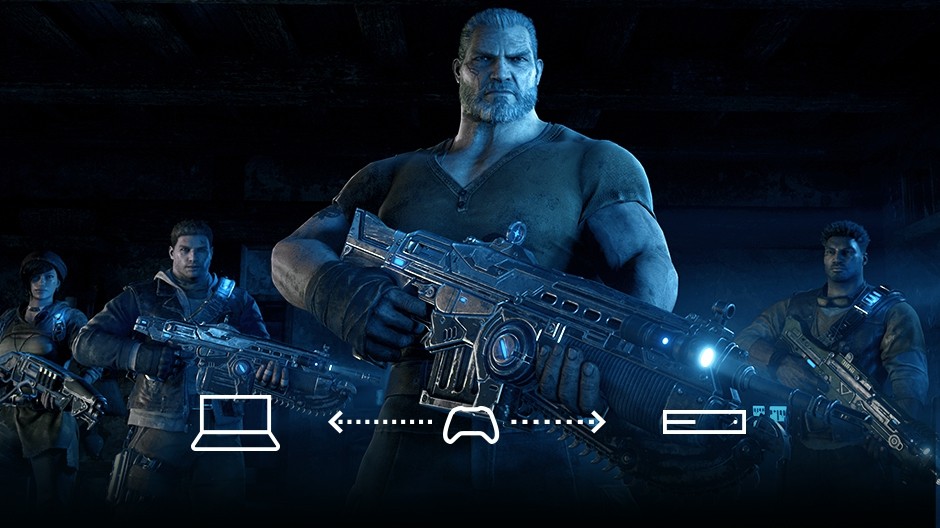 Earlier this year, Microsoft updated Gears of War 4 to support cross-play between the Xbox One and PC versions of the shooter.
This has been limited to social matches, but soon it will expand to ranked as well, developer The Coalition announced on its website this week (via Eurogamer).

The developer said it is aware that some players may be concerned about how players on one platform might have an advantage of those on the other. It seems pretty clear that people using a keyboard and mouse setup would have the upper hand.

The Social, Competitive War Up, and Special Events playlists always support crossplay for Xbox One and PC.

The new ranked crossplay toggle on Xbox One will be available later this year, though a specific date has not been announced yet.

Also in the post, The Coalition said Windows 10 players have reported that it's been "increasingly difficult" to find matches in the Core and Competitive playlists. Not only should the new cross-play with Xbox One feature help improve this, but more immediately, The Coalition has changed up some of its playlists to improve the situation. This is the playlists as of today:


Given that there are fewer playlists for Gears of War 4 on Windows 10 now, the Ranked And Filed and Seriously 4.0 achievements can't be earned (you need to place in all playlists to get them). The Coalition is addressing this in the game's May update, as "both of these achievements will be updated for players on both platforms to only require placement in one Core and one Competitive playlist."