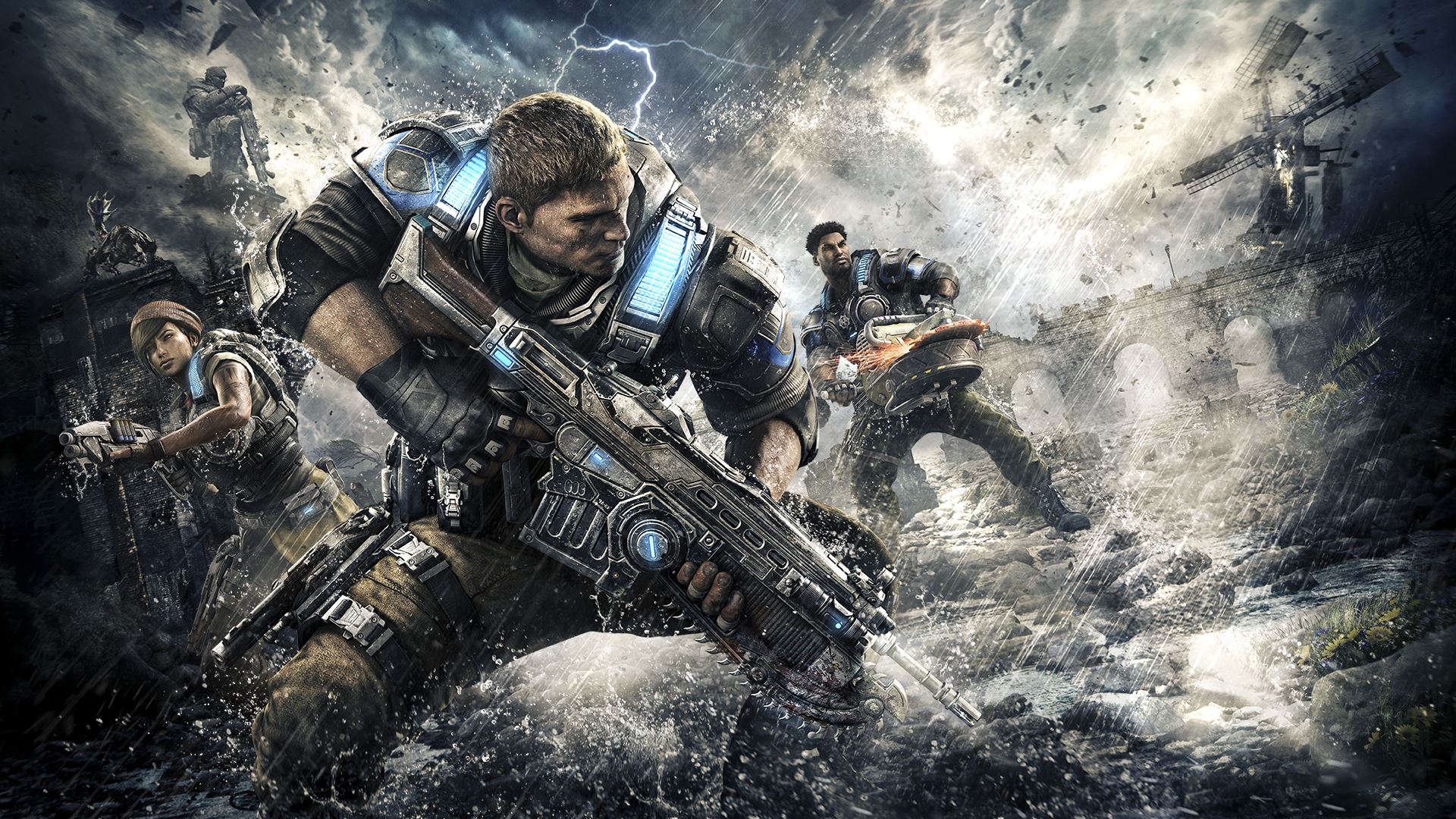 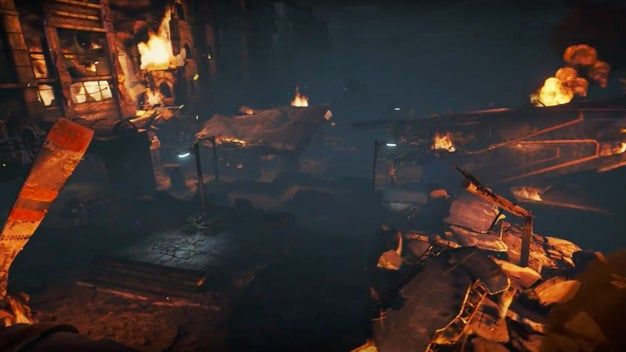 Gears of War 4's February update is out today, adding new maps, Gear Packs, and gameplay changes, while a Valentine's Day event is slated to begin later this week. The first new map is called Impact Dark. A nighttime version of the map Impact, the map also features reduced visibility due to smoke that is spread throughout the arena. Additionally, snipers are replaced with Boltoks, while the Dropshot replaces the Torque/EMBAR.

"The result is a new version of Impact that plays completely differently to its original brethren," Microsoft said. "The combination of close range weapon swaps and reduced visibility ups the pace for a more intense version of Impact, where players need to stay on their toes to win. Support players will need to take bigger risks to impact fights and reduced visibility will make reading the battlefield tougher for even the most competitive teams."

The second new map is War Machine, which makes its return from the original Gears of War but with some notable changes. "Moving away from the old abandoned train station locale, War Machine is now set in a new COG Settlement, standing out with its pristine appearance and gleaming grandiose features," reads a line from its description. "Compared to the original, signs of life are everywhere--from the active DeeBee security bay, to the train sitting at the end of the platform ready to depart."

Impact Dark and War Machine are available right now in Gears of War 4's Developer Playlist, which is only open to people who own the game's season pass. The supported game modes include team deathmatch, Guardian, and King of the Hill; players will receive double XP and a 20 percent bonus for credits. Impact Dark and War Machine will be available for all players at a later date.

In terms of gameplay changes, today's Gears of War 4 update adds what Microsoft calls leader spawns. Players will now respawn near their leader. This adds a new strategic element to the mix.

"Leaders now need to position themselves in beneficial areas of the map, while other players will have more opportunity to get back to their leader and come to their aid," Microsoft said.

Additionally, Microsoft revealed some details of future Gears of War 4 updates. First, a pre-game lobby for Core and Competitive playlists will come to the game in the March update. Also in March, Microsoft will release at least one more legacy character to collect. On top of that, the company said it is listening to fan feedback regarding playlists and weapon tuning and will make changes as needed in the future.

There are also changes coming to Gears of War 4's Horde mode and campaign this summer; this includes the following:


You can see the full patch notes for Gears of War 4's February update here.