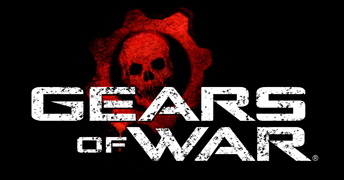 The Gears of War franchise celebrates its 10th anniversary next week. Microsoft is celebrating with a "10 Years of Gears" event, one part of which is DLC called the Tenth Anniversary Gear Pack for Gears of War 4.

Included is the character Gary Carmine for use in multiplayer, as well as weapons from his brothers, including Anthony Carmine's Longshot, Benjamin Carmine's Gnasher, and Clayton Carmine's Lancer. Also included are anniversary weapons and emblems. Check out a teaser for the DLC in the video below.

The only way to obtain the Tenth Anniversary Gear Pack DLC is through gameplay. Each 200 Credit pack comes with one 10 Years of Gears customization item, one emblem or bounty, and a single random Gears card. The Tenth Anniversary Gear Pack arrives on November 7, which is 10 years to the day after the first Gears of War launched for Xbox 360 in 2006; all of the new content is listed below:


Microsoft also announced two new playlists for Gears of War 4 today, the first of which is called One Shot, One Kill. For this mode, you spawn with only a Longshot, while the Embar sniper rifle can be found around the map. The second playlist is called Gnashers-Only King of the Hill. That name tells you everything you need to know.

Additionally, Microsoft is holding some community events and competitions to celebrate the Gears of War franchise's 10th anniversary; specifics will be announced at a later date.

Finally, Microsoft outlined some changes coming to Gears of War 4. An update coming today will make changes to the Gear Pack system in an effort to create a "more consistent credit-earning experience," as well as "more ways to build your collection of customization content as you play."

As part of the update, the credit earn rate for versus multiplayer will be increased, while the number of credits received after a loss will be "much closer to winning." This should help players earn more credits even if they aren't playing so well, Microsoft said.

Another change in the update has to do with Gears of War 4's Bounty system.

"Following this update, Bounties will award significantly improved XP or credits (depending on the Bounty) based on their difficulty, and have been rebalanced to offer achievable but challenging goals for each game mode," Microsoft said. "Bounties are now a really great way to level up faster, or build your collection of credits."

Finally, the new Gears of War 4 update changes the Gears Pack system to create more ways to pick up additional customization content. Here is a rundown of what's changing, as written by Microsoft: