Games of Glory Brings Top-down Competition to PS4 Next Year 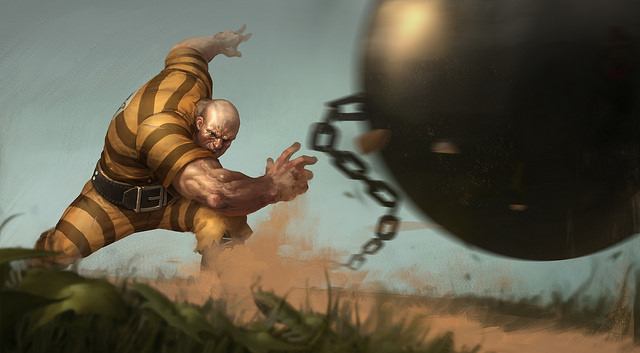 There it is! Only one more shot and I have him… Nooo his teammate hit me with a stun! Now I have to flee in order to survive! But, happy ending, I led him through a field of mines I had prepared for just this purpose a minute before. Victory is mine!

My colleagues at Lightbulb Crew and I wanted to share the intense emotions you get through playing in a top-down team shooter arena game: the excitement of the near escape, the sense of accomplishment from getting better and better, the pleasure of rescuing your teammate from assured death, and the pride after having led the team to victory.

We also wanted to focus on the competition with other players, going right for the action and staying there for the whole game. So what we did was create the same type of unique characters from a MOBA game and marry it with the play style and the weapons of a shooter. The result? Games of Glory.

Set in an awesome sci-fi setting, the Games of Glory are the sport of the future, and we wanted you to feel like a player in the only sport that counts. Central to this are the clubs. You can create your own club with a custom logo and skins, so that you can play and advance with your friends under the same banner. 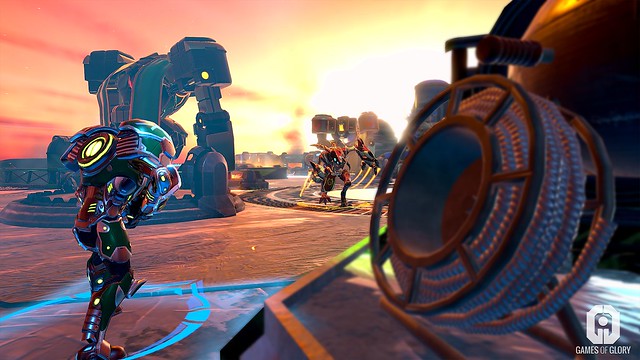 ​
We are also extremely excited that you can play with your friends that have PCs as well! You just have to invite them to your club, and you can launch games against each other, or against unsuspecting players in the queue. Victory has never felt this good!

We’re looking forward to meeting all of the PS4 fans and getting Games of Glory in their hands this weekend at PSX 2016. Development of Games of Glory continues but we’ll be launching a PS4 closed beta for Games of Glory early next year.

See you in the arena!