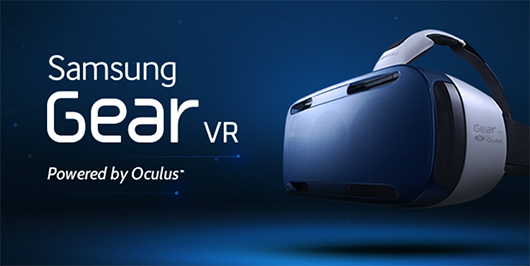 Virtual Reality is becoming the talk of the town lately, and Oculus has been hard at work to provide the hardware an average gamer would need to take their adventure to the next level. For those of you who may not be familiar with who the Oculus company is, you might actually be quite intrigued by the work they have been doing, wearable Virtual Reality technology.

In early December of 2014, the Gear VR will be released for enthusiasts and developers to get their hands on. The regular device will cost $199.00 USD, and the Bluetooth controller version will cost $249.99 USD. This is great news for a lot of different people, especially developers. The Innovator Edition on Note 4 of this device is a lot like the Oculus Rift Development Kit. It will allow developers to work with the SDK in order to start creating more games, applications and plain old experimenting with the hardware. Of course, there are a few applications that will be sent out for the device in the months to come, so people will be able to see the final product at work.

For those of you thinking that they might not really tell consumers how the device is running right away, don't worry. Tech savy readers can be excited or fall into a pit of despair based on the hardware the the Game VR is going to be using. To be specific, the Game VR will be running on the Samsung Galaxy Note 4 for its processing and it's screen for display. The Oculus Mobile SDK 4.0 was specifically made for creating new experiences on the Game VR. Some of you might be thinking oh, buzz kill, the Note 4 won't be able to run this new technology! Well, don't worry your little head too much. Samsung and Oculus have been hard at work for over a year to get the Oculus Mobile SDK to be a perfect fit for this device. On top of that, the SDK also comes bundled with support for "out-of-the-box" integration with Unity 4.5, so that you can also make Unity VR games/applications or the Game VR.

Everything related to Oculus has been exciting to read about, and will probably be even more exciting to work with as a developer. Only time will tell what we might be seeing for the future of game and app development for mobile devices. What do you guys think about Oculus? What do you really expect to see out of the new development that will soon be open?