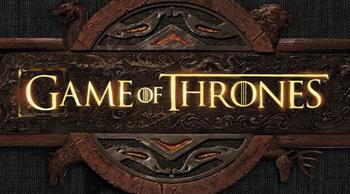 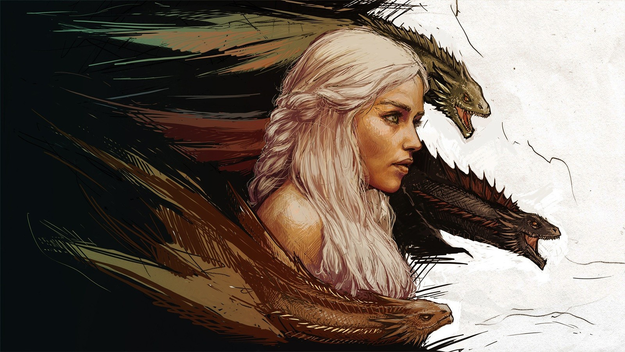 ​
I'm going to try to mix this one up a bit and stray from a synopsis of sorts to more of an in-depth review, focusing more on my thoughts on this episode rather than its plot with my commentary and input added in. With that being said, as always, this article is dark and full of spoilers, tread no further if you haven't seen this addition, I couldn't stress this anymore with this episode. So, without any further ado, onto the review.

This episode was just heartbreaking. I just finished watching it a little while ago and I'm still recovering from that last scene. In my opinion, that was one of, if not the, saddest death yet. I feel many other deaths mostly touched on the shock factor, for example, we didn't expect Ned to die in season one (unless you read the books beforehand) or The Red Wedding even. Personally, those weren't tearjerkers to me really, they were jaw-droppers. Hodor's (presumable) death on the other hand, as well as his origins, really got to me though. It was pretty gut-wrenching, in my opinion. Not only that but now Bran is hit with the realization that Hodor has been well, the way he was, because of him. It's clear now, that Bran can alter history and cause the events that we see in the present time. As of now, I have no idea where his story is going to take him. With Hodor, Summer, and The Three Eyed Raven all dying, his world just became much more bleak.

That's not even all the emotion that was found in this episode. The scene with Dany and Jorah was also very heartfelt and provided some closure for Jorah's feelings for her. I don't think this is the last time we see him; I hope not at least. I do think the chances of him finding a cure are rather slim, though. I really thought it was nice to see Dany be humanized for once. She's always acting tough or acting like a ruler, but it was good to see her being stripped of that stigma and to just see her with raw, human emotion.

We also had the moment with Sansa, Brienne, and Littlefinger. After all this time, I still can't tell when or if Littlefinger is sincere or not. He claims to not know of how demented and diabolical Ramsay is, but I'm not quick to believe anything he says really. After Sansa's implications of Ramsay raping her and promptly telling Peter she never wishes to see him again, he alludes to something, her great uncle, "Blackfish" is back and is gathering an army. I don't know too much about this character really, I've heard bits and pieces, and from what I've heard, he's kind of a badass. I'm looking forward to seeing his reveal and hopefully some more of Baelish as well, I have a strong feeling it's not the last time we see him. 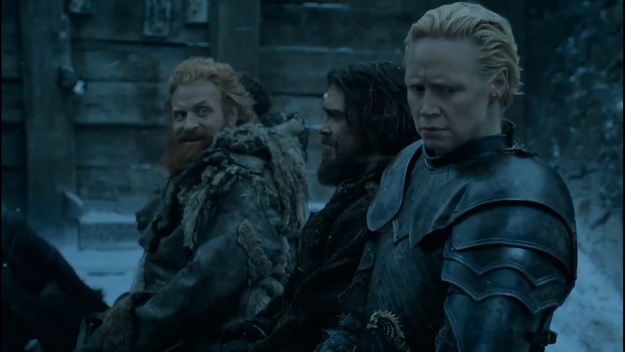 ​
Not very much happened at Castle Black this time and that's fine, in my opinion. It's been a focus for the past few episodes and its decrease in focus this episode left room for more emotional scenes through Dany and Bran's storylines. We did get to see another glimpse of Brienne and Tormund and I loved it, really. I can't remember another time we saw Tormund so "human" and "innocent" he's like a giddy school-boy, it's great. I really like this side to him, it's rather enjoyable to see and I certainly hope there is more to come, as well as some (hopeful) reciprocation from Brienne, but one can only hope.

Euron Greyjoy. Now this is an interesting character. I can't really tell what his motives are besides being an a-hole to his family and doing whatever he can to get what he wants. First killing his brother, then taking the throne, then promptly wanting to murder his niece and nephew, right after poor Theon had something going for him. He want's to join forces with Dany to take the throne but I can't possibly see this happening. Personally, I see this story coming to an abrupt end one way or another for him, and not in a good way.

In terms of the deeper stuff found in this episode, we learned the origin of the White Walkers as well as confirmation that time travel/loops works in this universe. We saw the origin of the Night's King as well as their motives, which was rather interesting to see. What's more interesting to see, that I touched on earlier, was the fact that Bran can indeed alter the history and course of events as we know it. He's actually the cause of Wylis -> Hodor and he has to live with that realization now. I don't really know what that means in the broader scope of things and in the long run, for all we know, Bran can be the cause of a lot of events that we've seen. I'm not entirely sure what The Three Eyed Raven meant when he said "it's time for you to become me." Perhaps he meant living with that realization and responsibility.

Overall, this episode was incredibly well done, very eventful, and incredibly emotional. Season 6 has continued to be an excellent season, certainly one of the best, and there is still much more to come. We have Bastardbowl and (possibly, hopefully) Cleganebowl. Not to mention furthering Dany's storyline as well as Jon's and what's to come for him after that inevitable battle. Yes, I'm still recovering from Hodor's death.

Anyways, I hoped you enjoyed this review as well as my different spin on it I'd appreciate your comments on that as well as what you thought about the episode. Are you still grieving? What do you expect next episode? Let us know below!