Free WiFi for everyone via the ‘OuterNet’ 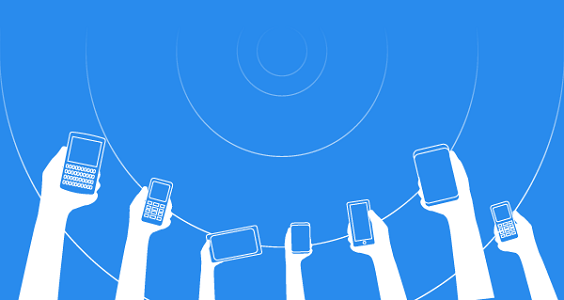 An organization named Media Development Investment Fund, also known as "MDIF", plans to take a huge step and change the way we send and receive information. As the title suggests, their plan is to give everyone (yes, everyone) free WiFi. They are currently calling this new network, the OuterNet and plan to have it fully in action by 2015.

Now before I plunge any further into the article, I should mention that just because it plans to use traditional WiFi signals, doesn't mean it will grant you access to the internet as we know it. The OuterNet is a different network, with a different selection of content. This means you may not necessarily be able to go on the OuterNet and log on to Se7enSins. Now just because every site won’t be accessible, fear not, there are still a surplus of sites you could access via the OuterNet, and it has many uses.

One of the main purposes for the OutNet is that it will be an alternative source for news. Today there are plenty of media outlets that provide us with “news”, but the problem is that we don’t always get the important stuff. For instance, if you flip on your local news station you are most likely going to hear about Justin Bieber, Michael Sam, or some other celebrity scandal, while this may be interesting to some, there is definitely more important events currently going on. The OuterNet will attempt to tackle this problem via a system that prioritizes information based on the opinion of every user. Any citizen has the ability to affect the prioritization of the news via SMS, allowing the more important news to be prioritized, hopefully. In addition to world and local news, the OuterNet will also aim to provide information on various topics, including Bitcoin block chains and crop prices for farmers.

Although prioritized news is a focus of the project, the MDIF also hopes the OuterNet can bring many popular sites to the entire world. One main goal is for the OuterNet to store and provide the entire site ‘Wikipedia’, allowing anyone free access to their huge library of information. In addition to Wikipedia, the OuterNet also hopes to provide users with education tools such as "Khanacademy" and "Coursea". The OuterNet also wishes to extend further than websites, and also grant access to various forms of applications and media. The OuterNet may be a home for applications such as Ubuntu and Openstreet map, and could also house music, movies, and games.

Another large function of the OuterNet would be communication during a disaster. A hope for the OuterNet is that when cellular towers/networks are down, people could use the OuterNet to communicate. This would also allow mass alerts to be sent out to warn those who are uninformed, and help keep any sort of situation under control.

It should be noted that at this point nothing is set in stone. There is still a good amount of uncertainty about the project. MDIF does claim “There isn't a lot of raw research that is being done here; much of what is being described has already been proven by other small satellite programs and experiments. There's really nothing that is technically impossible to this” so it seems like money and approval from other industries is currently the biggest obstacle. Also note that at launch, the OuterNet will only be one way traffic, meaning most users will only be able to download the information provided. If everything does go to plan, MDIF will start developing prototypes by 2014 and we should see the OuterNet by 2015.