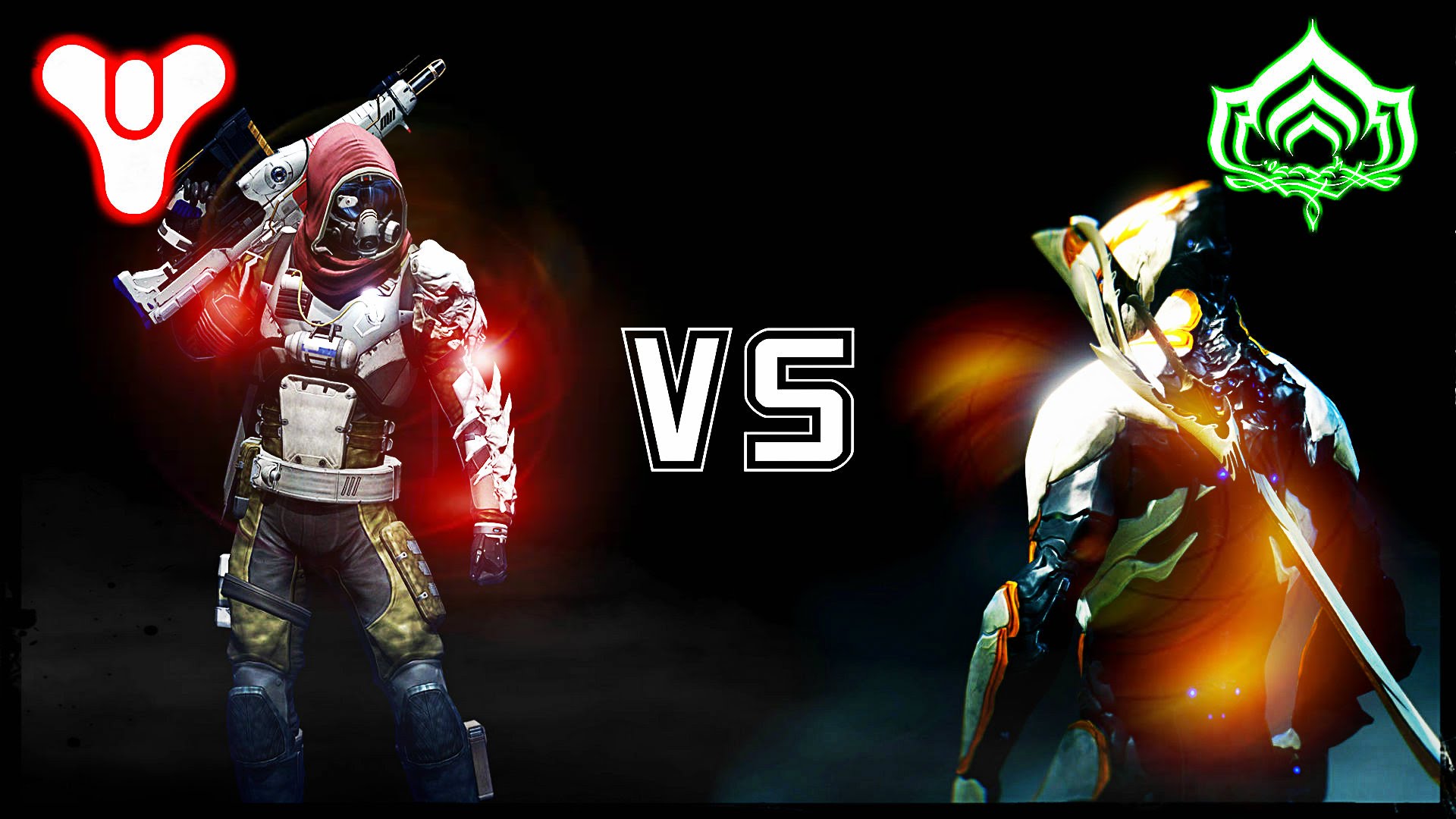 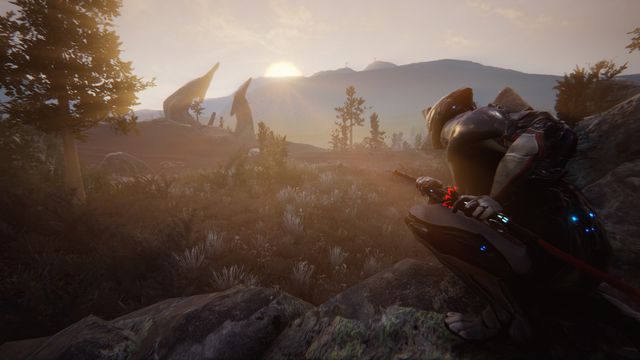 Digital Extremes director Steve Sinclair likes to tell a story about the early years of Warframe. He was exhibiting at PAX East in early 2013, when a small group of guys from Bungie dropped by the booth.

Warframe had just gone into open beta. Bungie's Destiny had recently been announced, though details were scant.

"They told me that they loved playing Warframe," recalls Sinclair. "I'm a big Bungie fan, so that meant a lot to me."

Warframe is not unlike Destiny. Both games are commercially successful and popular with large numbers of players. Both are sci-fi shooters that take place on planets in the Solar System. (Destiny is first-person while Warframe uses an over-the-shoulder camera.) In both games players upgrade themselves, their clothes and their weapons through experience.

Both games rely heavily on cooperative play against squads of enemies with factions playing a prominent role. They both carry role-playing and MMO elements, but with an emphasis on player-vs-environment gameplay. 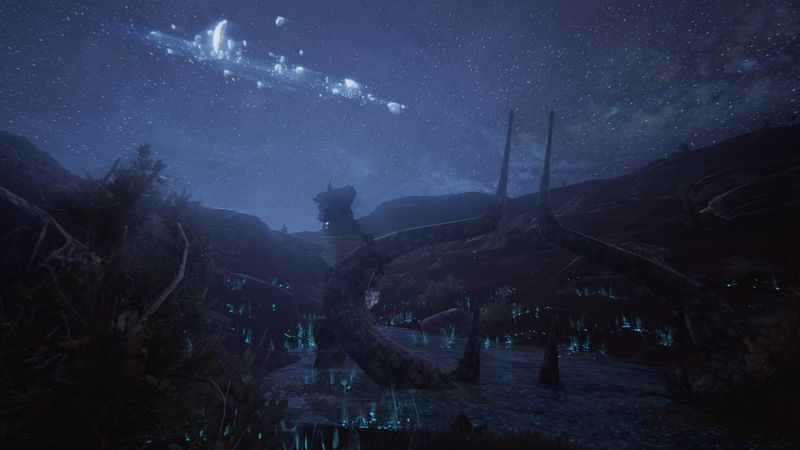 Destiny is made by a much bigger studio than Digital Extremes, with far more financial backing. And although there are those who will fiercely debate the relative merits of each, there can be no doubt that Destiny is a far more beautiful game.

But Warframe has two advantages over Destiny. First, it's available on Windows PC (as well as Xbox One and PlayStation 4). Second, it's free-to-play, and while there's a lot of grinding, the payment model is pretty easy going. Anything players can buy, they can earn.

Some time later this year, Warframe will introduce the latest in a long line of upgrades and improvements. For the first time, players will be able to explore an open area where they can team up with friends, and take on enemy squads.

Warframe has generally taken place indoors, on space-ships with lots of corridors, stairways and platforms. With the introduction of the Plains of Eidolon update, it introduces its first outdoor, open gameplay area, branded as Landscapes.

Set on Earth, the plains measure a 3-kilometer squared space. As Sinclair says, "it's not The Witcher 3" in terms of size, but it's still enough space to lose yourself. The landscape is pretty and verdant. Players can roam, fish and seek out parts for new weapons and outfits.

There's a day / night cycle, as well as a variety of new mission types that are better suited to the great outdoors. Players can also explore a town in order to do some trading. There are hoverbike-type transports. 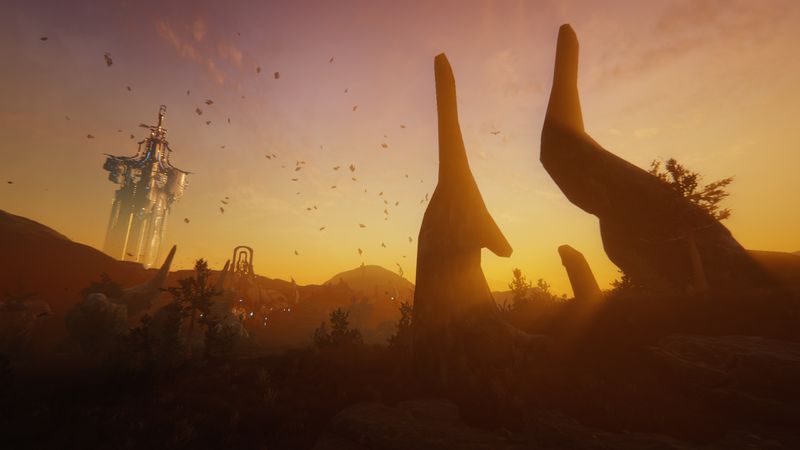 All this is the sort of thing that Destiny has been doing for years. Warframe is a much older game but, as Sinclair says, "we like to know what [Bungie] are doing."

It's interesting that both games endured a rocky start, before making the changes that made them much more popular and critically acclaimed. When Warframe arrived in 2013, Polygon's review characterized it as a standard third-person shooter offering competent gameplay and a decent loot system. We gave it a five out of ten.

But the game has gone through multiple improvements in the years since. It's consistently in SteamSpy's top ten, according to playtime, and has 30 million registered users. Sinclair said that about half its playtime comes from the console versions.

He confesses that "nobody is as surprised as I am" that the game is still doing well, but that constant change has been the ever-present challenge.

"We've had to avoid stagnation," he says. "We can't allow our players to get bored, or even our own employees. If we don't make changes, they'll get bored."


He says that moving the game outdoors has been a significant design challenge for the team, but that new open areas are likely to be introduced onto other planets. "We start small and then we ship new ideas quickly," he adds.

It's a very different strategy to that employed by the behemoth that is Bungie, but it seems to be working. “We're fans of each other’s work," says Sinclair. "As demonstrated by Bungie employees dropping by our first ever PAX Booth and giving us props."

The Plains of Eidolon is scheduled to arrive in the fall.